The incidence rate of coronavirus has drastically increased since Spokane County entered into Phase 2, data shows. 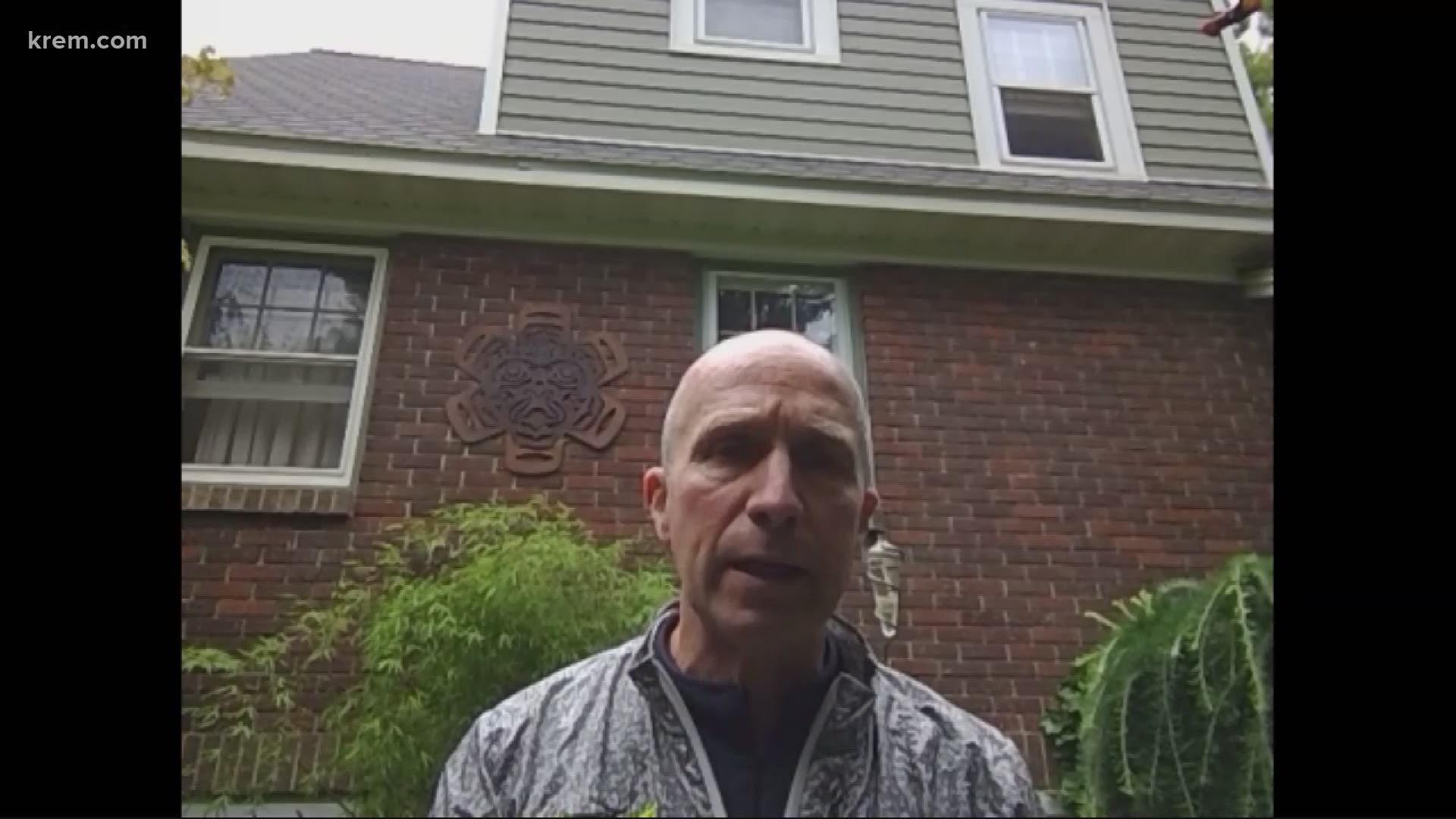 SPOKANE, Wash. — Coronavirus restrictions may have been loosened in Phase 2, but public health officials in Spokane County continue to stress that case counts are rising.

“We’ve been trending up for a number of weeks," said Spokane Regional Health Officer Dr. Bob Lutz on Friday.

That incident rates refers to the period of time beginning on June 27 through July 10. Officials with the Washington state Department of Health define low disease activity as having fewer than 25 cases per 100,000 people.

These trends point to a key piece of information: the curve is not flattening in Spokane County. Lutz believes social gatherings are one of the main contributors.

“The biggest thing that’s driving our curve is gatherings. It’s people getting together in groups when they’re not physical distancing and/or not wearing face coverings," he said.

In Spokane County, many people are not adhering to the guidance related to group sizes, Lutz said.

“That, I think really, is a major driver in why we are seeing our case counts go up," he added.

Data for July 4-10 shows that 8.7% of people who took a coronavirus test in Spokane County received a positive result. The goal set by the state DOH is less than 2 percent.

Lutz called the pushback that health officials have seen from some residents regarding measures aimed to curb COVID-19 spread "disappointing."

"We’re not doing this because we just simply want to impose restrictions on people. We’re trying to do this to really slow the outbreak. But people need to take responsibility for their own behaviors," he said.

As the county sees more cases in younger people who are interacting with older individuals, such as their parents or grandparents, Lutz believes it's "only a matter of time" before an uptick in deaths occurs.

Hospitalizations have increased in Spokane County, with more than 40 people receiving care at four major hospitals in the area, which brings with it the "potential for more deaths," Lutz said. Less than 15% of those patients, though, are receiving treatment in intensive care units, which Lutz called "encouraging."

“There seems to evolving protocols, evolving ways that we’re treating individuals so they’re not always requiring ventilators and that obviously is not necessitating going into the ICU as often has been the case," Lutz said.

However, single data points such as hospitalizations or deaths don't adequately reflect the state of the pandemic in Spokane County, Lutz said. He and other health officials looks at two-week trends, rather than daily case counts, to analyze the state of the virus.

“It’s not a cold. For many people, it’s a lot more significant than that," Lutz said. "And I think that anybody who tries to sort of minimize the severity of the pandemic based on just a single data point such as number of hospitalizations is really minimizing just how significantly this pandemic has impacted our society, every society across this globe.”

Lutz also addressed concerns associated with Spokane County residents crossing the border into North Idaho, specifically referencing reports this week that people are doing so to run errands without wearing a mask.

"It’s not as if the virus does anything different on one side of the border or the other," Lutz said. "So when I hear that people like to go over to Idaho to shop to feel freer, that’s a false sense of security."

Washington state's approach to curbing the spread of coronavirus is "much more evidence-based and much more cautious" than steps taken in Idaho, Lutz added.