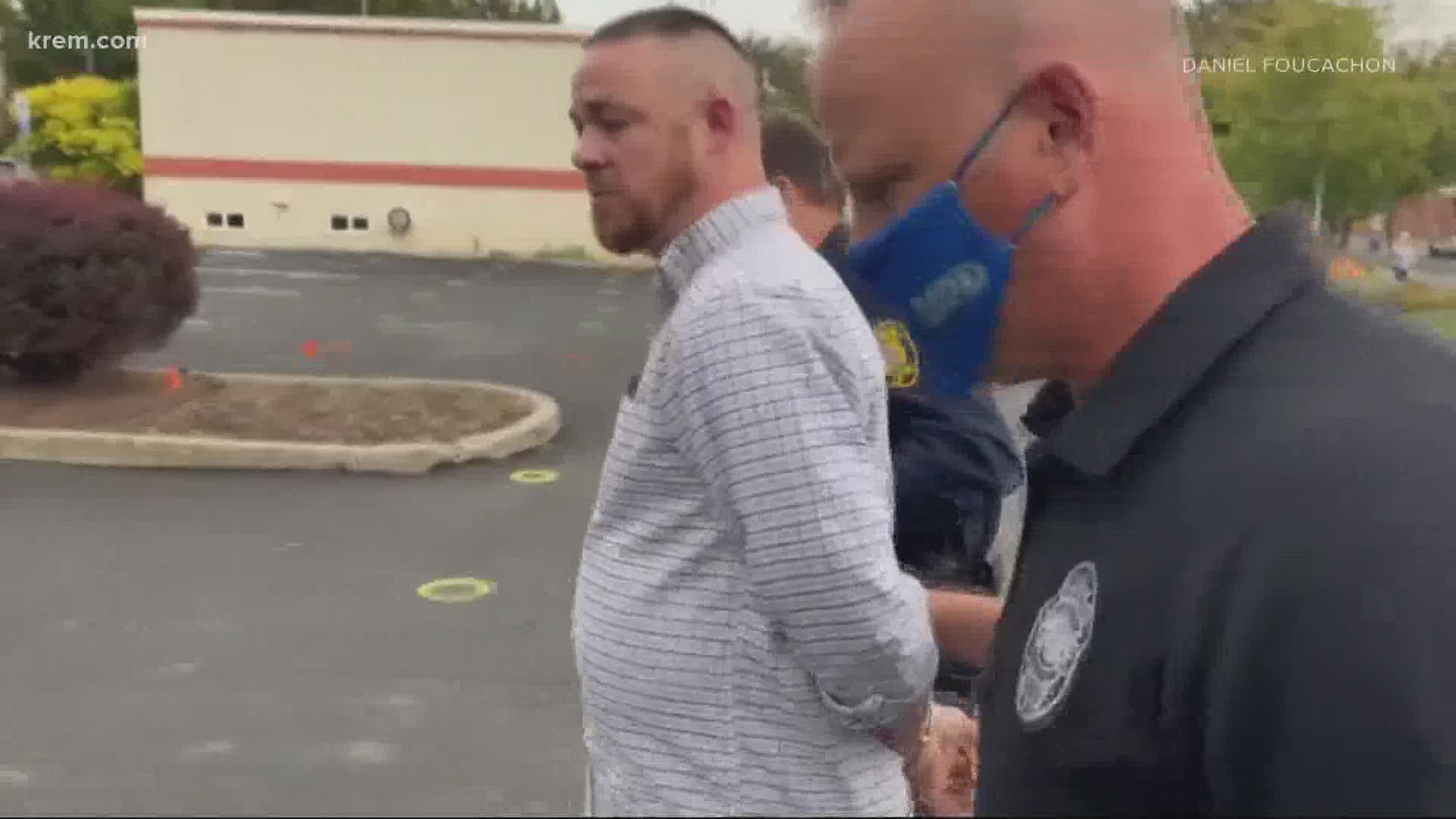 MOSCOW, Idaho — A church in Moscow has planned another "Psalm Sing" event on Friday evening after five people were cited for violating a public health order and several others were arrested earlier this week.

The order in Moscow requires people who are not members of the same household to maintain six feet of physical distance from one another or wear a face covering while they are in public. It was recently extended until Jan. 5, 2021.

Christ Church's first "Psalm Sing" event was held at Moscow City Hall on Wednesday afternoon. In a Facebook post made ahead of the event, organizers asked people to avoid wearing masks.

The City of Moscow addressed the event and the subsequent arrests in a news release Friday.

"The group organizers of the event that occurred on Sep. 23 advertised on social media accounts that they were going to have a gathering on that date and specifically requested that participants not wear masks. The message being communicated was to show a disregard for the Emergency Order. Our police requested compliance, and after a clear showing of non-compliance, our police officers were faced with a situation where they felt an obligation to enforce the lawful Order," the city said in part.

Since the arrests, the city also said it had received threats and numerous comments from groups about the situation. The city said the threats are from "various groups [that] indicate they are going to come to our city to protest in a manner that may escalate to violence." It also said the groups are from other parts of the country.

The church has planned another one of the events at 5 p.m. on Friday, according to information posted on Facebook. More than 160 people have said they will attend the event, with nearly 200 who are interested.

According to a press release, the City of Moscow provided an empty parking lot for the event on Wednesday with markings placed six feet apart in order to help with social distancing. The main speaker at the event was informed that physical distancing or masks would be required and announced to attendees that the health order would be enforced.

The city also said in a separate press release that "we are seeing a great division among our citizens due to differing views of what is the appropriate response to COVID-19."

Moscow Police Chief James Fry said about 150 people attended the event. Photos and videos taken of the event show that most people were not wearing masks.

During the 15-minute event, it appeared that some household groups were keeping their distance from others, according to the press release. But several people who appeared to be in violation of the order were approached by law enforcement officers.

"We were trying to give them every opportunity to not be in violation," Fry said.

Five attendees who were unwilling to comply with the order were cited, the press release says. Two of those individuals were also cited for resisting and obstructing officers and three were arrested and released from custody the same day.

Gabriel Rench, who is running against an incumbent Latah County commissioner, said he was one of those who was arrested on Wednesday. He called Christ Church's event a "worship protest."

Rench said he was charged with a misdemeanor for violating the mask order and placed under arrest for not providing officers with identification. He said he plans to fight the charge against him and has a court date scheduled for next week.

"I just went there to sing and do a peaceful protest and a worship service, which is constitutional. And I was really surprised," Rench said.

A video of Rench's arrest was shared on the Facebook page for "Moscow Report," wherein he tells officers that they don't have to arrest him.

"I said, 'You don't have to do this. You know you're enforcing something that is unconstitutional. You should be here for the citizens, not for the mayor,'" Rench told KREM.

Rench said he believes officers violated his rights to worship, assemble and petition.

"I literally got arrested and handcuffed while 'Amazing Grace' was playing in the background," he said.