According to a DOC document, Airway Heights Correctional Center is one of two state facilities being prepared to hold an overflow of infected inmates. 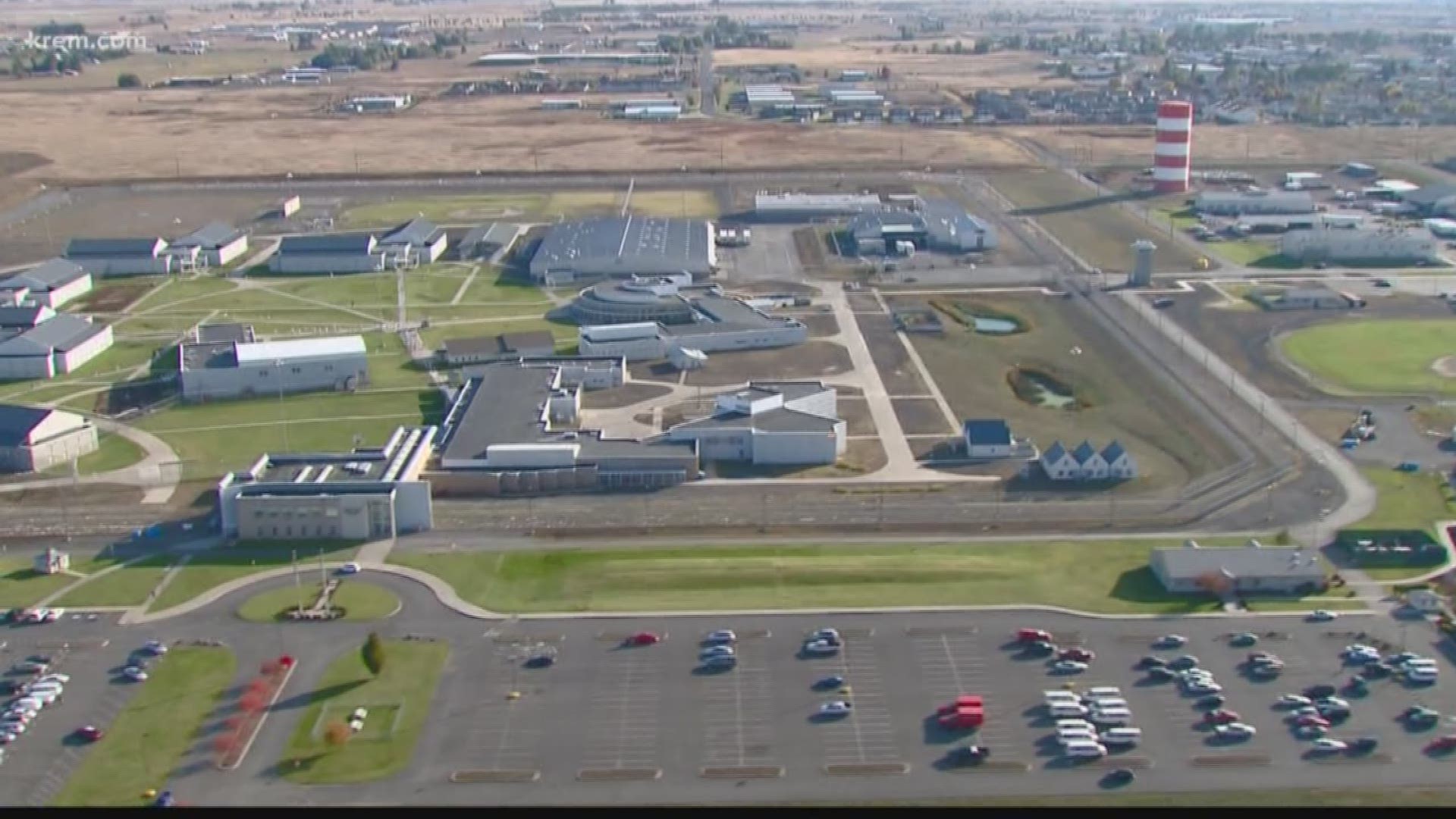 AIRWAY HEIGHTS, Wash — Coronavirus-positive inmates from across the state of Washington could soon be headed to Airway Heights.

A document from the Washington Department of Corrections shows the state is preparing two facilities, including the Airway Heights Correctional Center, to take inmates if an outbreak occurs.

KREM received the document as a tip and confirmed its authenticity on the state's website.

KREM has reached out to the Airway Heights Correctional Center for comment, but they were not immediately available.

The Washington Department of Corrections is setting up a "Regional Care Facility" at the Airway Heights Correctional Center to serve as an overflow area for state inmates infected with the novel coronavirus, according to a DOC document.

The current plans, according to Barclay, call for the facility at Airway Heights to hold up to 33 infected inmates. Barclay and DOC spokesperson Susan Biller also said that the plan is to keep infected inmates on the same side of the state to cut down traveling.

The document says Regional Care Facilities "would be conversions of preexisiting spaces to provide overcapacity support to agency operations on both the east and west sides of Washington State. RCF's will also help mitigate the stress on resources, staff and incarcerated populations." KREM was first alerted to the document, which was sent to "all incarcerated individuals," by a viewer tip.

The facilities would house "incarcerated individuals who have tested positive for COVID-19 and may require more comprehensive medical attention and physical isolation from healthy populations, but do not require hospitalization," according to the document.

Those who showed more severe symptoms would be provided medical care in partnership with partner hospitals, according to the document.

Officials will work to establish a preliminary site at Airway Heights starting in the next two weeks, the document says. AHCC is one of two DOC facilities at this stage of planning, with the other being the Washington Corrections Center in Shelton.

A team of 10 representatives from the Washington State Department of Health and the United States Army Corps of Engineers conducted an assessment of the DOC's ability to support overflow housing for these inmates, according to the document.