Two people injured in shooting near North Spokane apartment complex, no arrests made 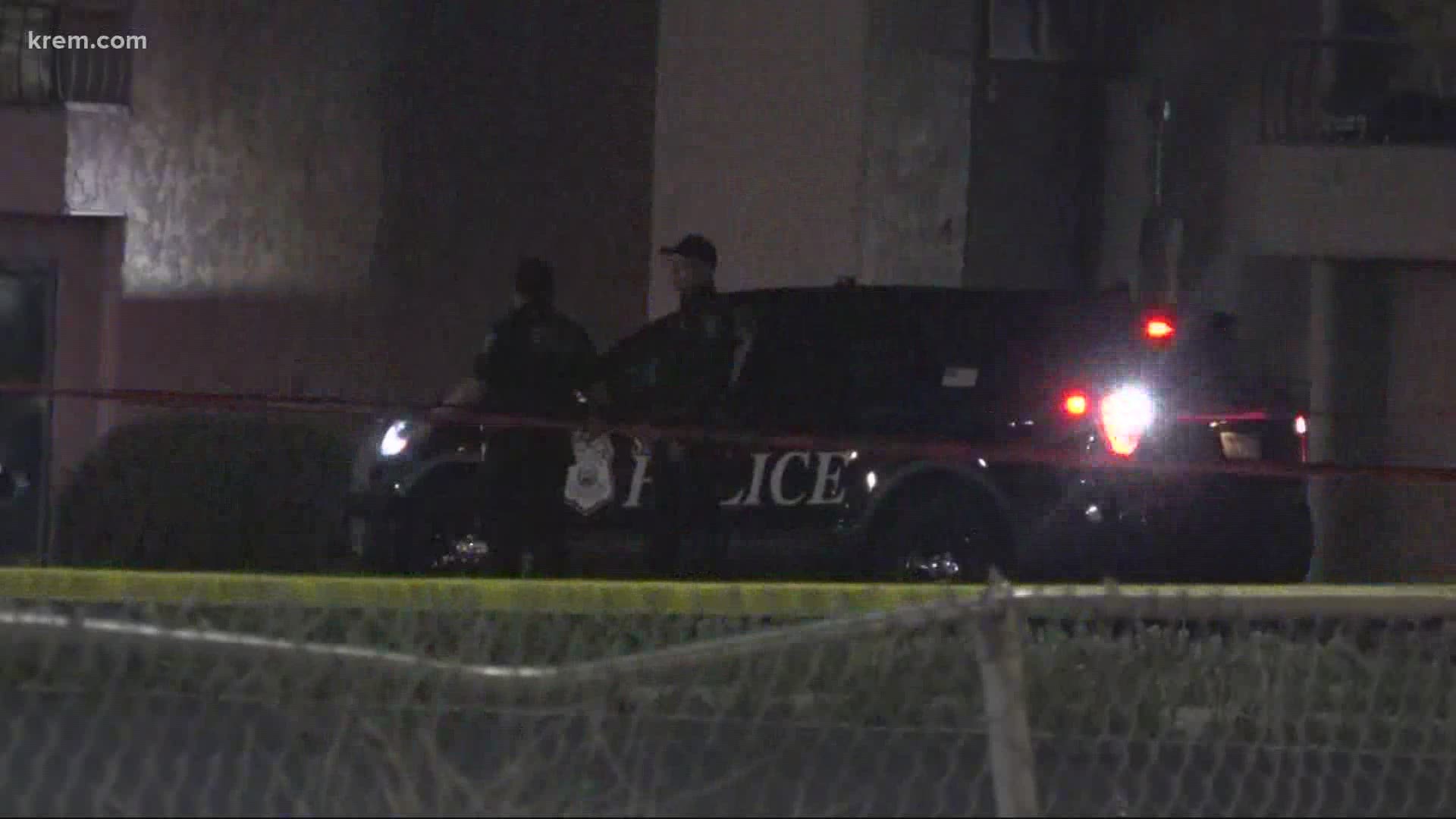 SPOKANE, Wash. — Two people are in the hospital after a shooting near the Serrano Apartments in North Spokane on Monday night, police said.

One person was taken to the hospital from the scene and one additional victim showed up to the hospital with gunshot wounds. The Spokane Police Department has reason to believe the second person is connected to the North Spokane shooting.

Officers with the Spokane Police Department (SPD) responded to reports of shots fired at about 8 p.m. on Monday. Preliminary information indicates that multiple people fired guns during the incident, expelling more than two dozen rounds, according to SPD Corporal Nick Briggs.

No arrests have been made, Briggs said. While the incident does not appear random, authorities are still investigating the motive and surrounding circumstances.

SPD will attempt to release more information about the outstanding suspects as details become available and are verified.

The investigation into the shooting is ongoing. Anyone who witnessed the incident and has not spoken with investigators is asked to call Crime Check at 509-456-2233 and reference incident 2021-20074874.