The officer was responding to a call of a one-month old who was not breathing at the time of the incident. 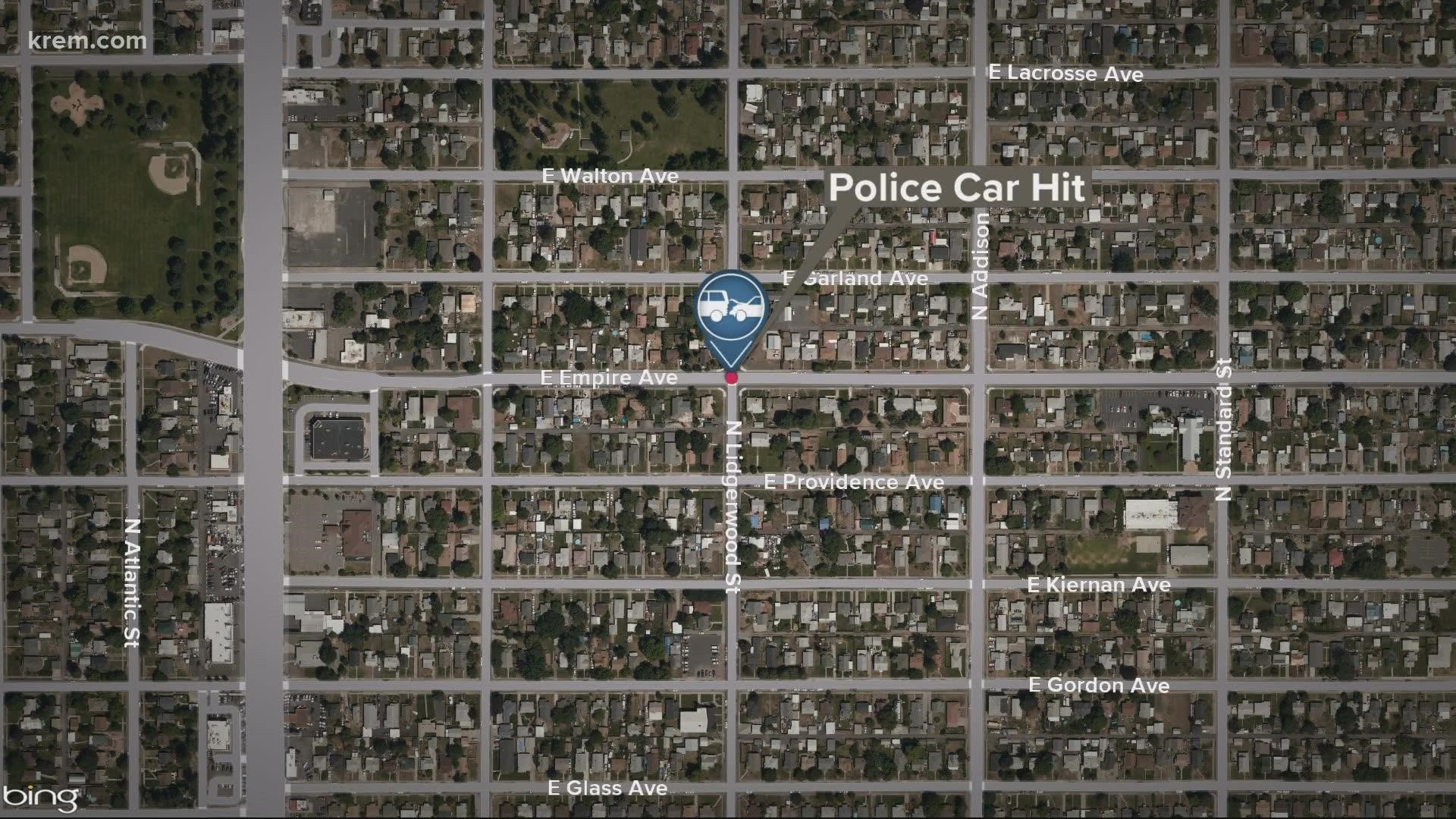 SPOKANE, Wash. — A Spokane police officer was injured last night after a suspected DUI driver collided with his vehicle.

According to Spokane police, the crash occurred last Tuesday night around 11 p.m. The officer was driving with lights and sirens on while heading west on E. Empire Avenue. According to SPD officials, the officer was responding to a call of a one-month old who was not breathing at the time of the crash.

SPD officials say that the pick-up truck driver, who had a passenger with him, rolled through the intersection at East Empire and North Lidgerwood before striking the officer’s vehicle. While both the officer and truck driver suffered minor injuries, the passenger’s injuries were a bit worse but not life-threatening.

Both the truck driver and passenger were taken to the hospital and treated for their injuries. SPD is investigating the suspected DUI crash.

The truck driver could face jail time once he is released from the hospital, but, according to Spokane police, that outcome will depend on a few factors. If there are charges, it will likely take a few days before anything is finalized.

The one-month old who was reported to be not breathing is now OK, according to Spokane police.