Raymond Bryant admitted to vandalizing Temple Beth Shalom and its Holocaust memorial with anti-Semitic symbols. He is being held on $2,000 bond. 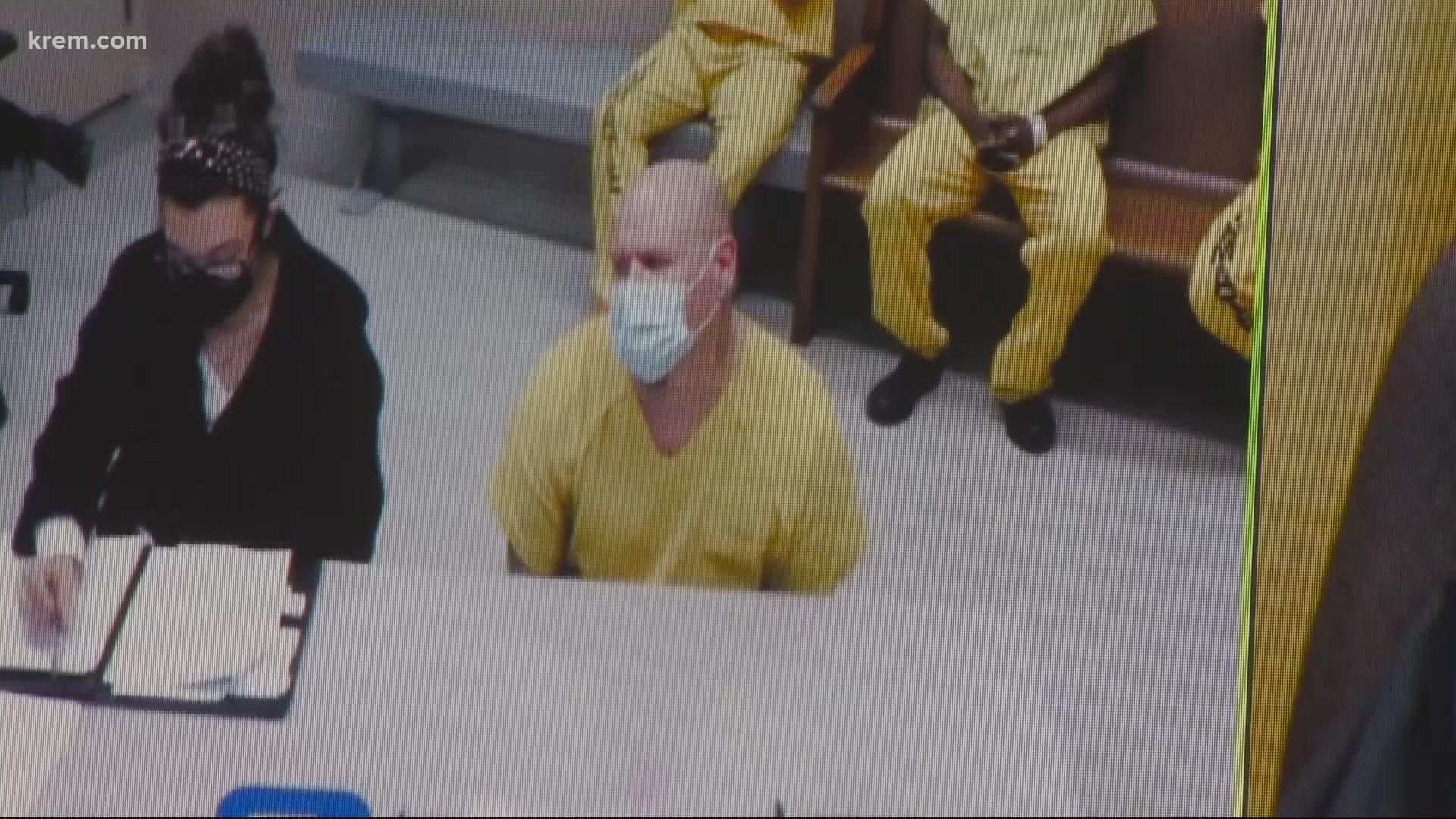 SPOKANE, Wash. — The man arrested in connection to the anti-Semitic vandalism at a synagogue on Spokane’s South Hill is reportedly a member of a white supremacy group and previously harassed members at the temple, according to newly filed court documents.

Spokane police arrested 44-year-old Raymond Bryant on Thursday morning in connection to the vandalism at Temple Beth Shalom on the morning of Feb. 8. Bryant is facing charges of second-degree malicious mischief and malicious harassment, which are hate crimes, according to Washington law. Bryant appeared in court on Friday, during which he was given a $2,000 bond.

Court documents said a security guard at Temple Beth Shalom helped identify Bryant. The security guard said he has dealt with numerous people, including Bryant, threatening members of the temple in the past, and has extensive knowledge of groups that target the synagogue and Jewish people in the area. He told investigators that Bryant is a known white supremacist and a member of the anti-Semitic group the “14First Foundation."

Court documents say it cost the synagogue $2,000 to remove the graffiti from the building and memorial.  Two large swastikas were painted on the east side of the building, red paint defaced a Holocaust memorial and “W [lighting bolt] P” was also written on the main entrance, documents say.

Police also said a beige 2008 Nissan Altima was seen leaving the scene with "numerous racist bumper stickers," including "88" and "White Pride," according to the documents.

Surveillance footage at the scene showed Bryant wearing a mask with a hand-drawn swastika and black "SS bolts" on it while spray painting over the camera, the documents say.

While investigating Bryant, police said they found a YouTube video he posted showing him leaving anti-Semitic flyers at a local grocery store last August, according to the documents.

Police went to Bryant's residence to ask him questions on Feb.16, the documents say, during which Bryant admitted to being a lieutenant in 14First Foundation and that he had been placing flyers around Spokane. He also said "we are all proud white nationalists," and "we decided a long time ago when we started that we don't need to do violence or any kind of, like, vandalism or anything like that because it just doesn't do anything," according to the documents. He also initially denied ever visiting the Temple Beth Shalom but then said he had been there once, police said in the documents.

After being shown a picture of his car near Temple Beth Shalom on Feb. 12, Bryant admitted it was possible he was there and that he was looking for places to drop off flyers, the documents say. He then changed his story and said he had visited the temple and he acknowledged there was video of him on the property, according to the documents.

Bryant then told police he was "trying to get some publicity because a lot of the times they would discard our flyers" and admitted to the vandalism, the documents say.

Police asked Bryant if he thought the vandalism worked, to which he replied, "A little, but it wasn't worth it. It won't happen again. It was stupid," according to the documents.

Bryant admitted to using red paint, which he then discarded at a nearby dumpster along with some articles of clothes he was wearing that night, according to the documents, which also say he admitted to wearing a scarf to cover his tattoos.