Police previously said they were investigating the vandalism as malicious harassment and it falls under Washington state's definition of a hate crime. 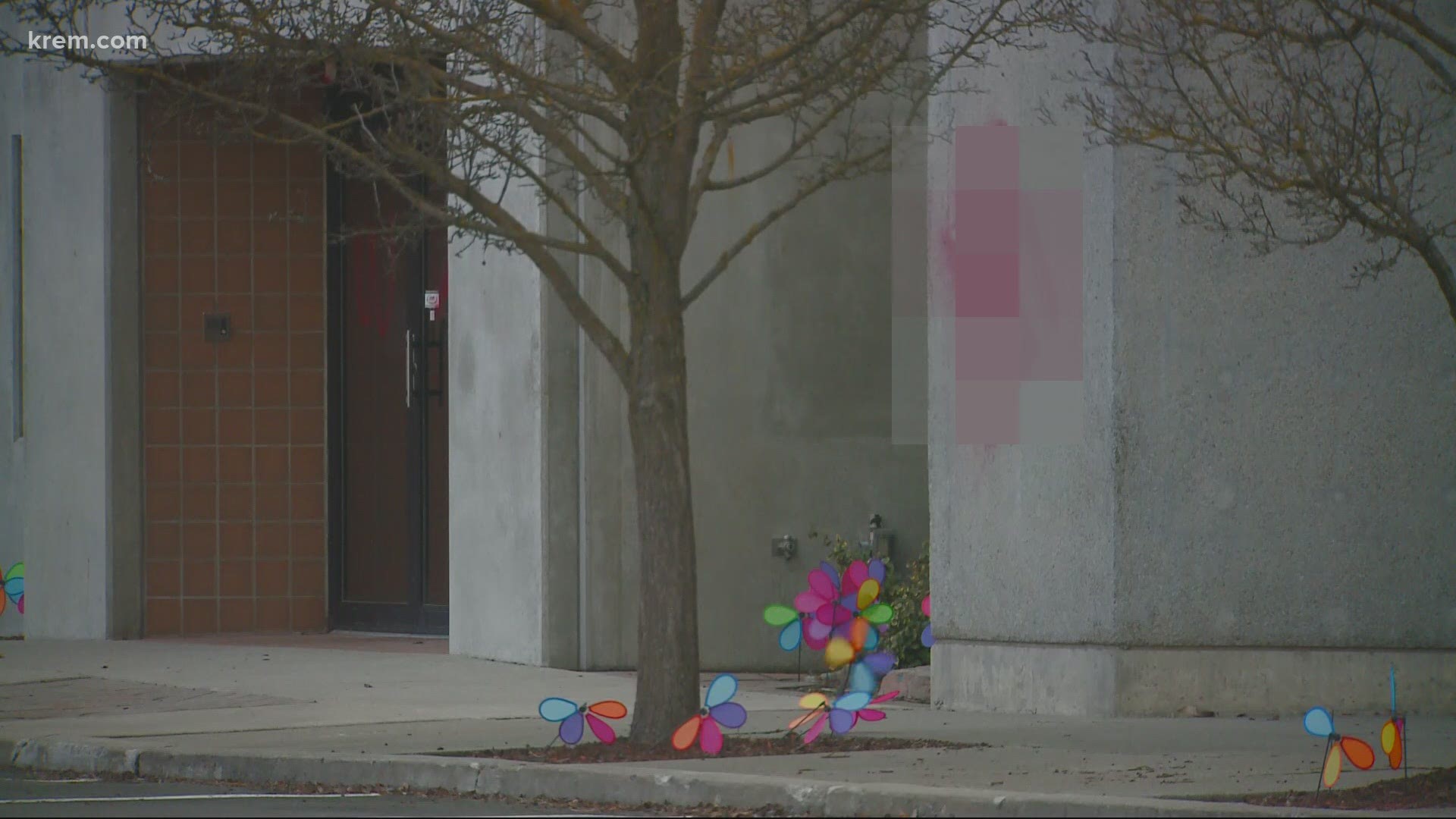 SPOKANE, Wash. — Police have arrested a suspect in connection with the vandalism of a Jewish temple in Spokane, Spokane Police Sgt. Terry Preuninger confirmed on Thursday.

According to a press release from Spokane police Spokesperson Julie Humphreys, 44-year-old Raymond Bryant was arrested Thursday morning in connection to the vandalism at Temple Beth Shalom on the morning of Feb. 8.

When officers arrived on scene at Temple Beth Shalom on Feb. 8, they found one side of the building, along with a Holocaust memorial, damaged, Spokane Police Officer John O'Brien said.

Bryant was charged with second degree malicious mischief and malicious harassment, both class C felonies, according to Humphreys. Detectives executed a search warrant for Bryant's home in Airway Heights and developed cause to arrest him, according to the press release.

Humphreys said Bryant claimed responsibility for distributing anti-Semitic flyers at the front door of a downtown Spokane TV station and in neighborhoods several days after the vandalism.

Bryant is being held in the Spokane County Jail.

The synagogue was vandalized with swastikas for the second time in recent years. In 2014, a swastika was painted on a concrete wall during a service on Yom Kippur, the holiest day of the year for the Jewish community.

Police previously said they were investigating the incident as malicious harassment and it falls under Washington state's definition of a hate crime.

O’Brien said officers spoke to employees, canvased the neighborhood for surveillance cameras and looked for evidence. Officers also collected paint samples from the building for evidence.