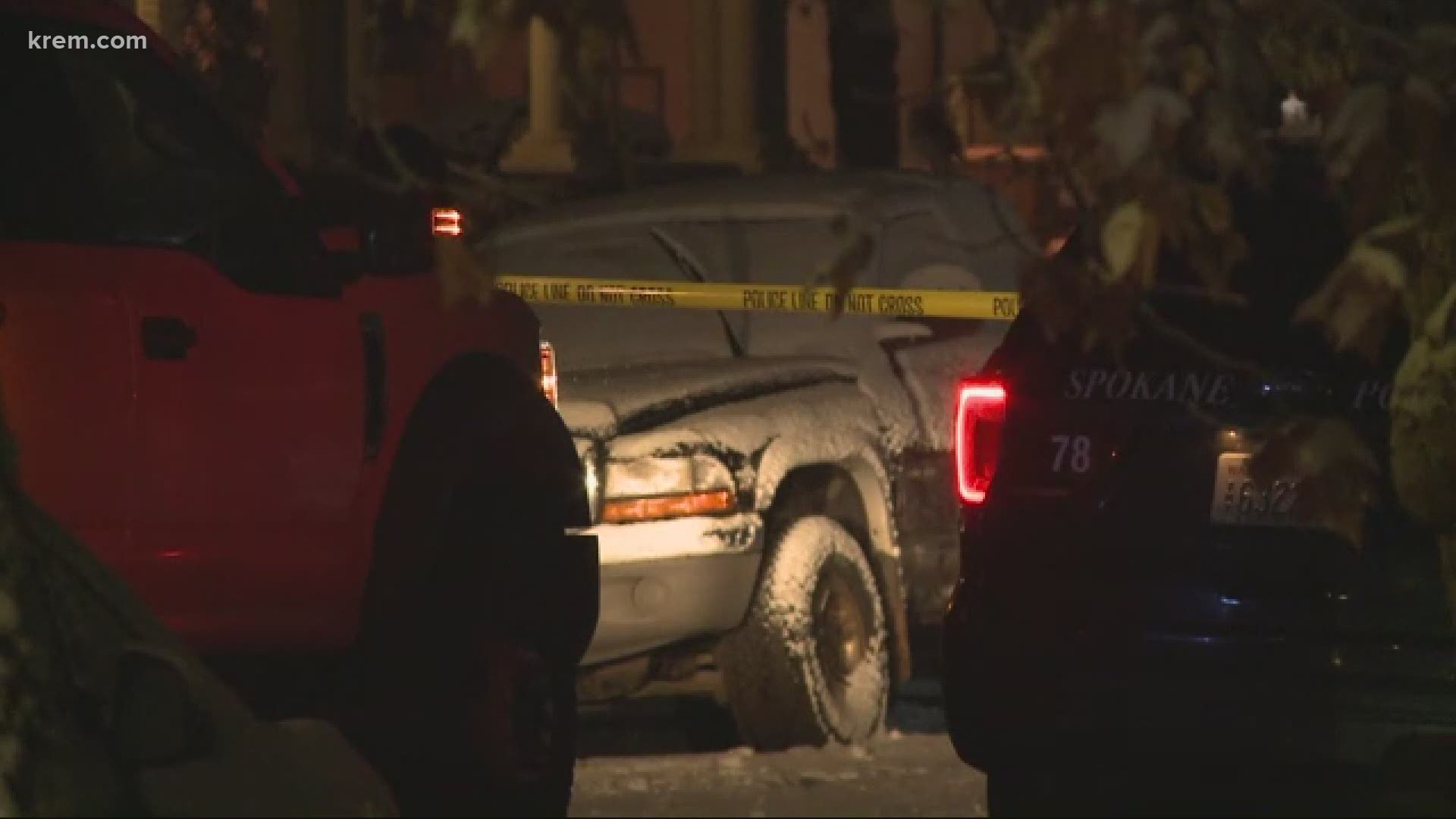 In August 2020, Spokane Police Sgt. Terry Preuninger told KREM that the city was on the path toward a record amount of homicides in one year.

Twenty homicides occurred inside the city limits in 2020 compared to seven in 2019, an increase of nearly 186 percent. Eighteen out of those 20 homicides have been solved, Preuninger said.

There's also a chance that at least one other death investigation from 2020 will ultimately be labeled a homicide, he added.

A citywide crime report published by the Spokane Police Department on Dec. 26, 2020, listed only 19 criminal homicides. Preuninger clarified that the final death reported in 2020 came after the report's publishing.

Spokane police most recently investigated a shooting death outside of a home in the East Central neighborhood on Sunday, Dec. 27.

The victim told police he had been shot while standing next to his car. He was conscious and talking when police arrived, but later passed away at a local hospital. Police have not yet announced any suspects in the murder investigation.

RELATED: No arrests made after fatal shooting in East Central Spokane

Preuninger said shootings and gang activity have "definitely increased" in Spokane, but even those crimes are a small percentage of the total number of homicides. He was unable to provide a specific number.

The third-largest number was initially 17 reported in 1996, but 2020 has since taken that spot. Preuninger could not provide a specific reason for the spike but mentioned that many people believe the COVID-19 pandemic may be to blame.

Tacoma, which has a similar but slightly larger population than Spokane, also saw a marked increase in murders. There were 29 homicides in the city as of Dec. 4, 2020, an increase of 26% over the past year, according to reporting from KREM's Seattle sister station KING 5.

Overall, though, violent crimes in Spokane appear to have decreased in 2020. The crime report published on Dec. 26 lists a decrease of nearly 12% for those crimes, which also include rape, robbery and aggravated assault, compared to the previous year.

The police department reported a small uptick in property crimes in 2020, including about an 8% increase in commercial and garage burglaries.

Spokane did see a large uptick in arsons reported in 2020, with 107 reported as of Dec. 26 compared to 46 during the previous year. That's an increase of more than 132 percent.

RELATED: Crime in Spokane is down overall, but these crimes are spiking in 2020

The latest crime report from the Spokane County Sheriff's Office was released in November 2020. The agency reported zero criminal homicides that month. A total of 5 had been reported throughout the year, the same number listed for 2019.