'It's kind of like the wild, wild west in a sense': Spokane task force officer describes local gang scene

Spokane has witnessed two drive-by shootings, one of which was fatal, in October alone. 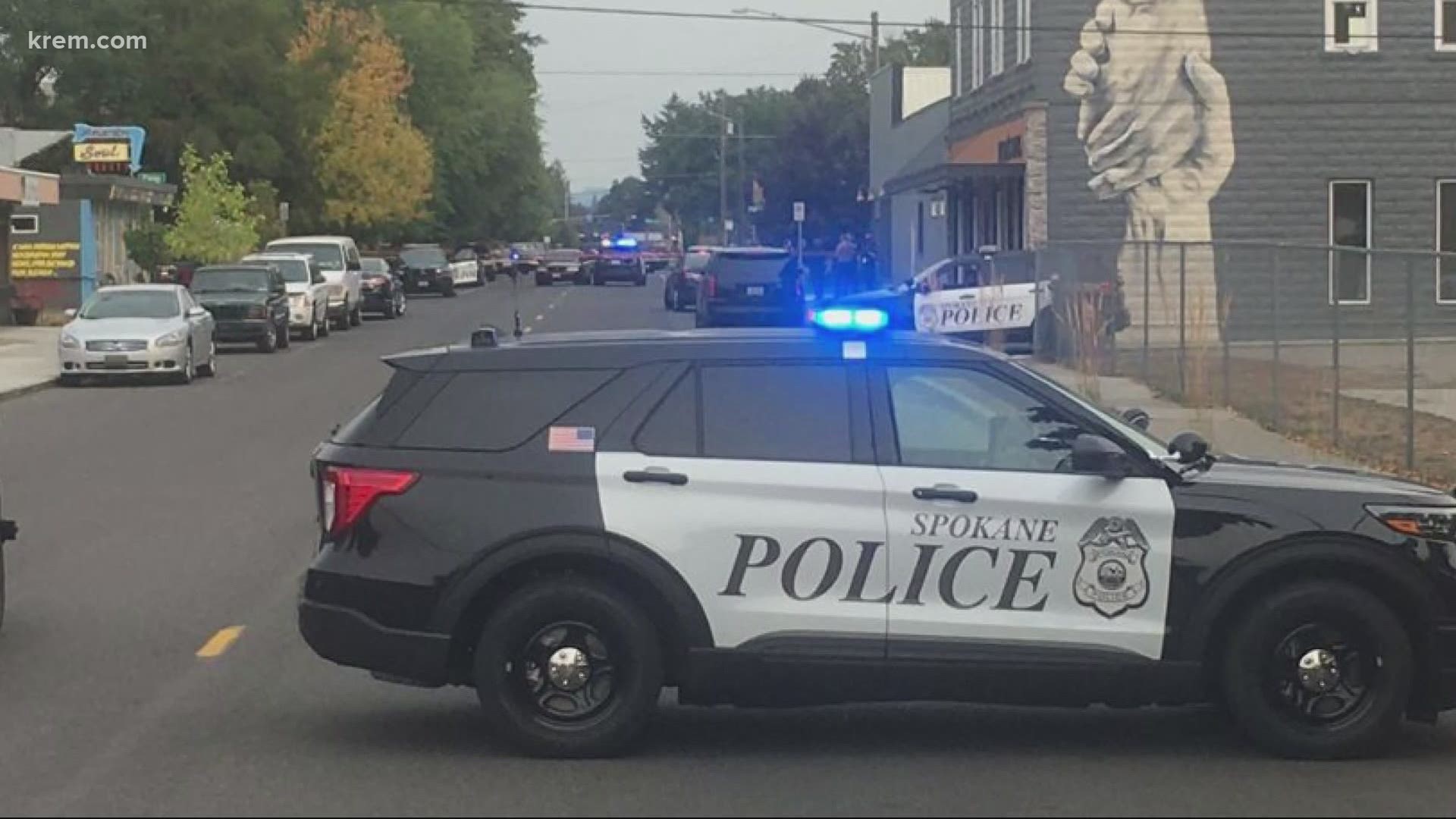 SPOKANE, Wash — Authorities in Spokane County have been dealing with a recent uptick in gang activity, according to a regional task force aimed at curbing gang violence, and in at least one local instance, gang violence has turned deadly.

The Spokane Safe Streets Task Force is comprised of multiple local, state, and federal agencies including the Federal Bureau of Investigation. While the task force addresses violent crime and gangs, the group is also known to assist with large drug investigations.

A Spokane Police officer who serves as a gang intelligence officer on the task force recently spoke with KREM at length regarding what the group does and the current state of gang activity in Spokane County. Due to the nature of the veteran officer's work as a plainclothes officer, KREM is not identifying him.

"We're seeing a recent uptick of gang activity," said the officer. "It's not like there's new gangs starting, but the old saying is 'With idle hands, trouble comes.'"

Due to COVID-19, the officer noted that some people have more time on their hands and may be feeling "cooped up" at home. Additionally, the lack of in-person instruction for some grade levels combined with closed community spaces can be impacting younger people in the area, the officer said.

"I would say there's a definite increase [in gang activity] on our youth side," he said, noting that the task force has recently seen instances of gang members "lashing out."

During the first two weeks of October alone, Spokane witnessed two drive-by shootings. One of the shootings killed a 15-year-old boy whose parents had told authorities their son was being harassed by gang members.

"It's a little bit unnerving because of the gangs being involved in gunplay," the gang intelligence officer said. "It's not like the old days where you'd go down to the street corner and you would throw punches or fight, then it would be over and done with. Every interaction with gangs, there seems to be someone with a gun or something of that nature."

The officer explained that drive-by shootings commonly aren't random acts of violence but are rather preceded by a series of small events.

"In the gang world, you can't look weak with rivals or gangs you're in. So there has to be a higher level," the officer said.

When asked about current gang activity locally, the officer referenced a shift towards younger people becoming involved in gangs and disregarding traditional ways of conducting themselves.

"There was a certain code back in the day. But now that seems to have gone away," said the officer. "I know I've talked to older gang members and they've actually said to me 'We try to talk to these youngsters and say that's not the way we handle business. And they don't care.' So, the general respect of how to interact and how to carry yourself has gone by the wayside."

"I hate saying this: it's kind of like the wild, wild west in a sense," said the officer.

As part of the task force's efforts, officers will often speak at schools or with families whose children may be involved with gangs. The task force also tries to work through local mentors who may act as intermediaries, the officer said.

"A lot of these young men, they don't have a male role model like I did or you did growing up," he said.

Nationally known gangs are known to have members in the Spokane area as well, the officer explained.

"Generally, we have Bloods, Crips, Gangster Disciples, People Nation," said the officer of local gangs. "And those are just as far as the overall umbrella, and they splinter down to other groups of different sets."

COVID-19 has impacted some of the ways the task force conducts business, the officer said, especially regarding outreach programs.

"It sucks because a lot of the things we were doing before, we can't do now," he said.

To that, the officer issued a plea to community members to do their part in combatting local gang violence.

"Like we always say, the police department is here to help. But we obviously need our community members, parents, leaders, religious leaders, whoever it is, to really step up and say, 'We can't allow this in our community anymore,'" he said.