Spokane police said there are currently no suspects. 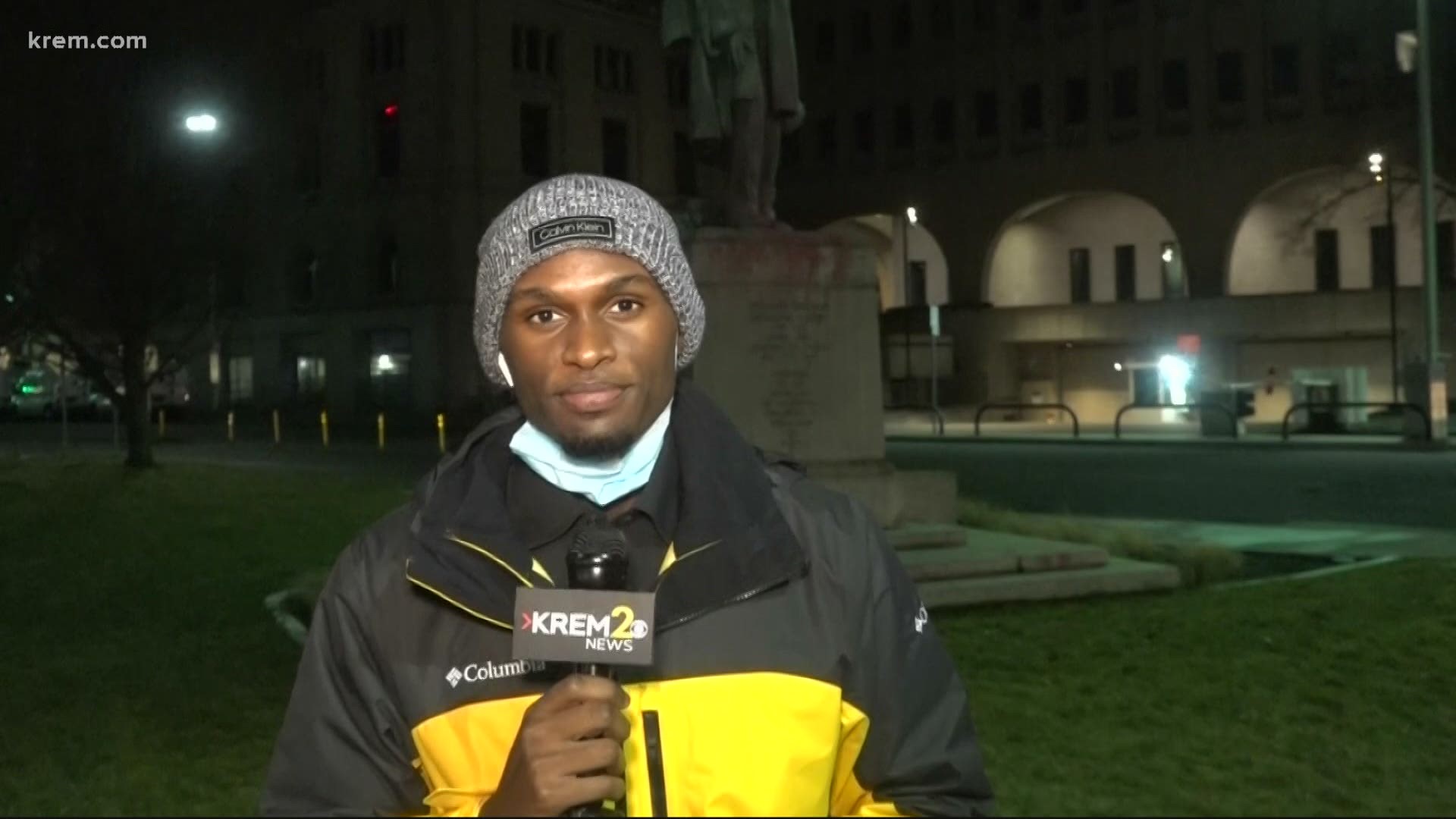 SPOKANE, Wash. — The Abraham Lincoln statue in downtown Spokane was vandalized with red paint and a local company helped clean it up, according to the Spokane Police Department.

There are currently no suspects, and police said on Thursday morning that the paint appeared to have been recently applied. Police also said the motive behind the vandalism is unknown.

Spokane Police Sergeant Terry Preuninger said Monday the investigation is ongoing and they aren't releasing any other details.

The statue was revealed in 1930 and more than 40,000 people gathered to view it, according to Eastern Washington University's Spokane Historical project. Spokane police also said it took eight years to raise $25,000 it cost to make. The statue is 12 feet high with two of the former president's quotes etched in the base.

Former President John F. Kennedy gave a speech at the statue during the 1960 presidential campaign, according to Spokane police.

The Abraham Lincoln statue in downtown Spokane has been vandalized with red paint. Police have no suspects so far pic.twitter.com/v5bmCiiANE