Spokane police were able to arrest the suspect and recover the stolen Christmas trees. Christmas is saved! 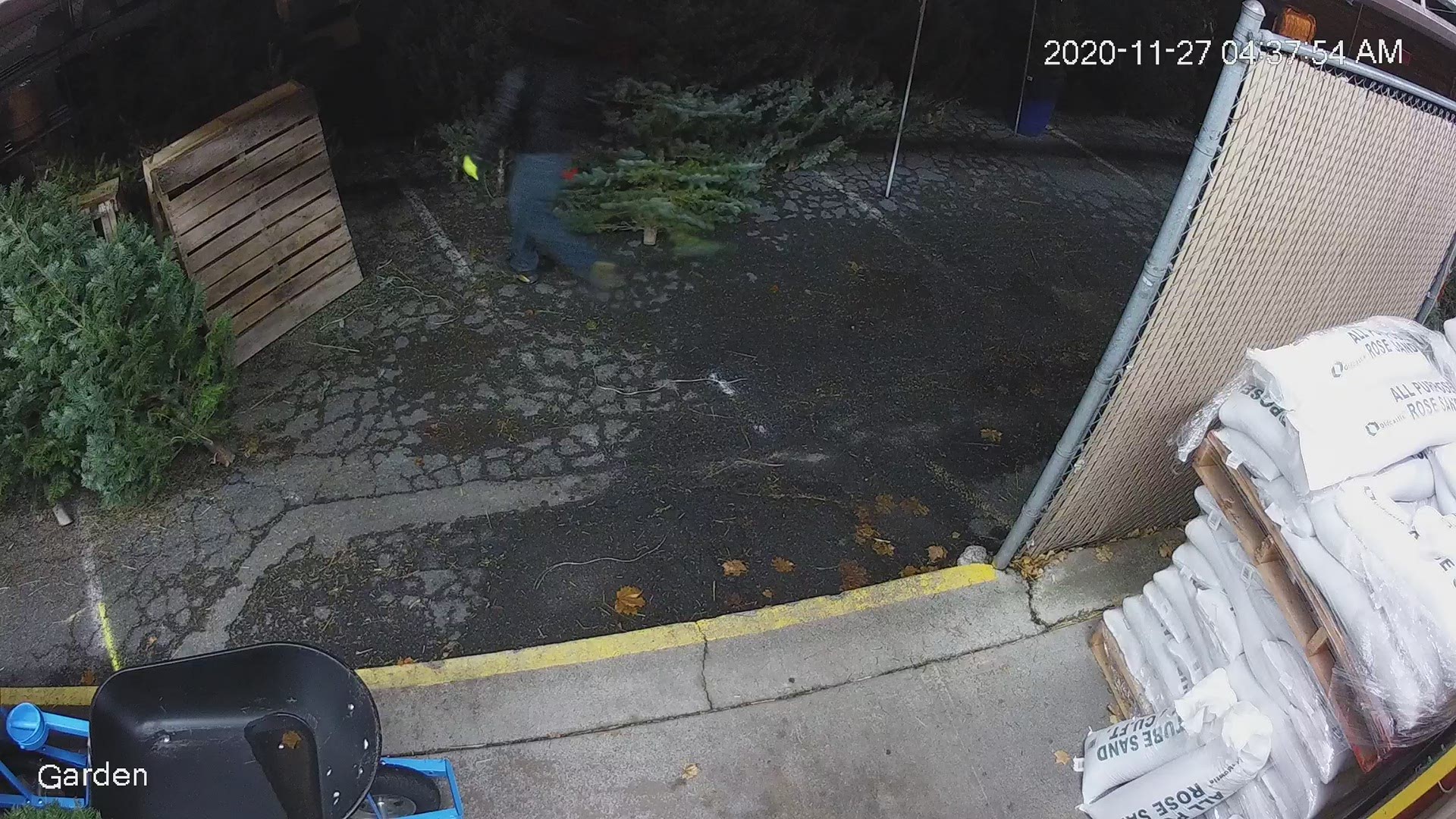 As a way to say thank you, the hardware store is donating 50 Christmas trees to any first responder, according to a post on the store's Facebook page.

Store owners also thanked their security team, customers who sent in tips and a local Facebook group that helps track down thieves.

Security cameras caught video of the thief packing the Christmas trees into a trailer at 3:30 a.m. on Friday, Nov. 27. Afterward, River Ridge Hardware posted about the incident on Facebook asking the public for any help that could assist them in catching the suspect.

"While our staff was enjoying family time with their loved ones yesterday, someone came and stole 50 Christmas trees from this store," the business posted on Facebook. "We're saddened that 50 families don't get our trees now."

The hardware store posted surveillance pictures of the incident in the hopes that anyone could recognize the culprit.

After seeing the post, PACT and NRO officers began investigating the incident. Working off the surveillance footage, officers were able to locate and arrest 43-year-old Eli P. Vansickle for the burglary. Vansickle told officers where he had stashed the trailer, and all the stolen Christmas trees were able to be recovered.

Vansickle was booked into the Spokane County Jail for second degree burglary and theft in the second degree, according to Spokane Police.

Vansickle is a convicted felon, according to police. He has previously been charged with assault, possession of stolen property, attempt to elude police, malicious mischief, robbery, and violation of a no contact order.

With the upcoming Christmas Holiday, the Spokane Police Department would like to remind everyone to be vigilant with packages being delivered to you and your neighbor’s doorstep. If you see suspicious activity, call crime check (509) 456-2233 to report it.