Suspect arrested in fatal shooting outside of Spokane bar near Gonzaga

Officers found and contacted a person of interest in the shooting, Spokane police said. They aren't seeking any other suspects. 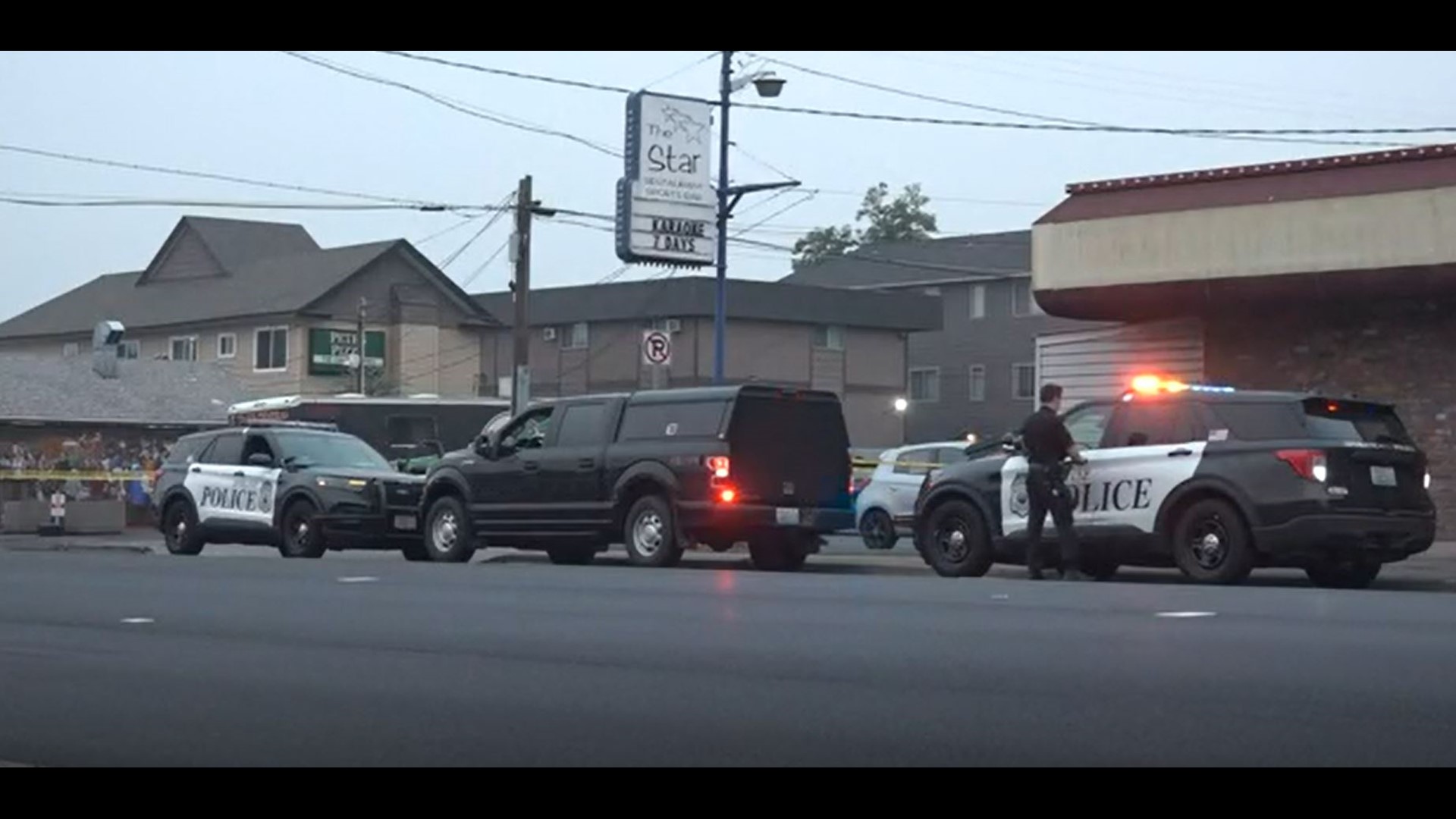 SPOKANE, Wash. — One person is dead after a shooting outside of The Star Restaurant & Lounge near Gonzaga University, according to the Spokane Police Department (SPD).

Patrol officers with SPD responded to the 1300 block of N. Hamilton Street at about 1:30 a.m. on Monday after multiple callers reported a shooting, according to a press release. Officers found a deceased man at the scene and developed information regarding a potential suspect.

SPD officers later found and contacted and arrested 38-year-old Ivan Lopez-Gutierrez for second-degree murder approximately 20 minutes after the shooting. Police said in a press release that they are not looking for any additional suspects and the crime scene remains active.

Spokane police have not yet identified the victim. Major Crimes Unit Detectives are currently processing the scene. Anyone with information on this incident who has not spoken with investigators is asked to call Crime Check at 509-456-2233 and reference incident #2021-20130105.