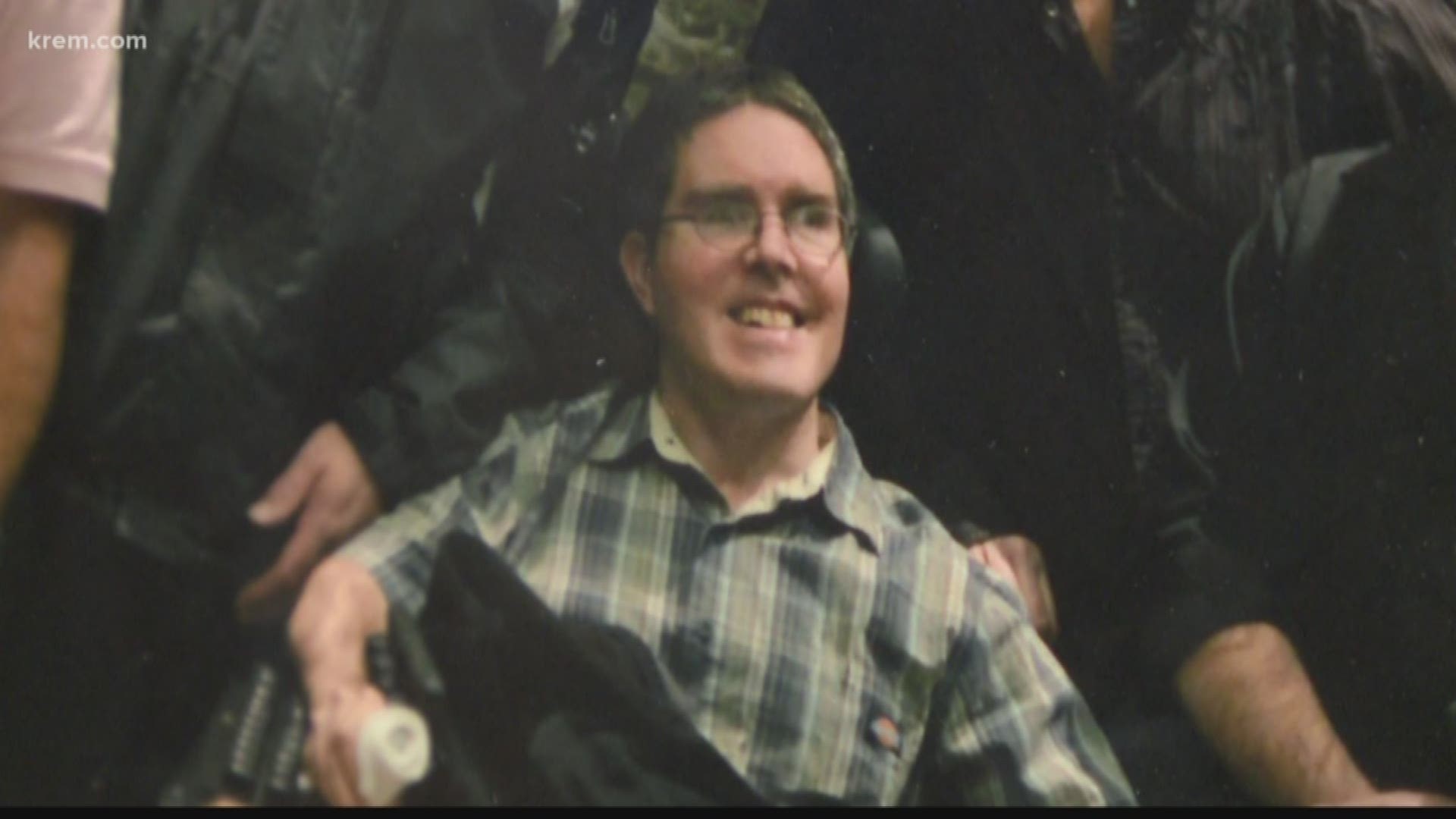 COEUR D'ALENE, Idaho — The family of a North Idaho man who was killed in a drunk driving crash earlier this year hopes their story will deter anyone considering getting behind the wheel after drinking.

The family of Ryan Allen spoke to reporters and law enforcement officials following a DUI emphasis press conference at the Idaho State Police regional headquarters building in Coeur d'Alene on Monday. The event came amid a renewed push by various authorities to crack down on impaired driving across the Inland Northwest.

Patricia Allen, the mother of Ryan Allen, who was killed in March at the age of 38 after being ejected from a car he was riding in when it was struck by a drunk driver near Hayden, spoke about how drunk drivers changed her son's life on two separate occasions.

"He loved people. He loved life," said Patricia of her late son.

Patricia and husband Vern were in the same car as Ryan during the crash along with another family member.

"It was as if I was in a sphere that just kept going around and around," said Patricia of the crash.

Police said that Cory Kreager, a 35-year-old man from Priest River, Idaho, was traveling eastbound on Boekel Road and failed to stop at a stop sign, hitting the driver's side of a van driven by Vern. Kreager has since been sentenced to prison time in connection with the drunken crash.

The March crash wasn't the only time the Allen family had been impacted by a drunk driver, however.

When Ryan was a child, he was hit by a drunk driver and was left permanently disabled. He subsequently required the use of a wheelchair to get around.

Allen said she was thankful that Ryan still had cognizant skills after being diagnosed with a brain injury, and that the crash inspired him to teach and help others.

His wanting to help others is what led to Ryan being named an honorary police officer in Utah after he gave out more than 2,000 bicycle helmets to children, Allen said.

"He was an amazing young man who took a trial and turned it into something very positive."

The Allen family has since started a nonprofit aimed at combating DUIs and bringing awareness to families impacted by drunk driving.