Jordan Catlow, one of the passengers in the car, suffered serious injuries after the driver hit a pole at Assembly Street and Wellesley Avenue. 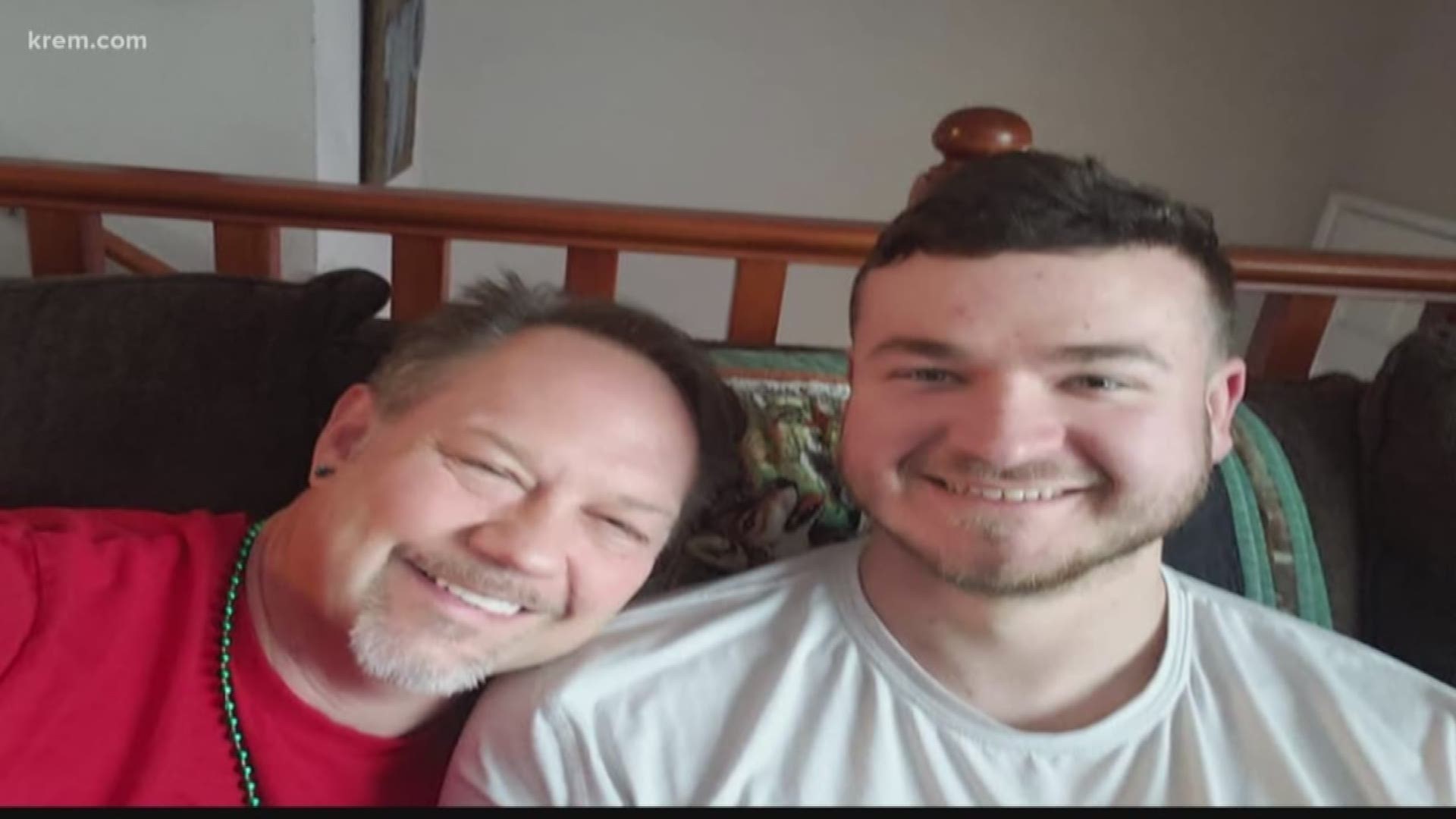 SPOKANE, Wash. — One of two passengers who suffered serious injuries in a suspected DUI crash in northwest Spokane on Sunday is recovering at Harborview Medical Center.

A Spokane police officer saw a vehicle driving at speeds of at least 80 mph on Garland Avenue at about 2 a.m. on Sunday. He turned on his lights and tried to stop the vehicle.

Spokane police said the officer never got close enough to stop the vehicle and he lost sight of it as it turned north on Belt Street.

Police and fire personnel were sent to a crash at Assembly Street and Wellesley Avenue just minutes later, police said. Initial reports to 911 indicated that people were trapped in a car that was on fire.

The fire was out when emergency crews arrived at the scene, police said. The crash involved only one vehicle that had hit a pole just past the intersection.

Police said the damage to the vehicle was “extensive.”

Two male passengers, one of whom family identified as Jordan Catlow, were extricated from the vehicle. Both were taken to the hospital in critical condition, including one with a partially amputated arm.

A GoFundMe campaign for Catlow says he suffered “several major injuries” and is recovering at Harborview Medical Center in Seattle with his pregnant wife, Sydney, by his side.

An update posted on the campaign says doctors were unable to reattach Catlow’s right hand that was severed in the accident. It adds that he has more surgeries ahead of him.

Catlow was a soldier who was recently stationed in Hawaii, where he and his wife lived until last fall. They recently returned home to Spokane and found out they were expecting a baby, Theo, who is due in April.

The driver of the vehicle, 21-year-old Daryn White, suffered minor injuries, police said. Officers determined during the investigation that White was driving the same vehicle that sped away from the officer at Garland and Ash.

Officers also believed that White could have been under the influence of alcohol, police said. A search warrant was granted for a sample of his blood to determine the presence of alcohol or drugs.

White was released from the hospital a short time later and booked into the Spokane County Jail for two counts of vehicular assault, police said. He was also charged with eluding a police vehicle for not pulling over when officers tried to stop him at Garland and Ash.

RELATED: Car crashes into North Spokane home with person inside