'I was not surprised': Dr. Dreyer's former patient gives account of unsatisfactory surgery

Dr. Dreyer is accused of pushing for extensive and unnecessary spine surgeries on patients for financial gain. 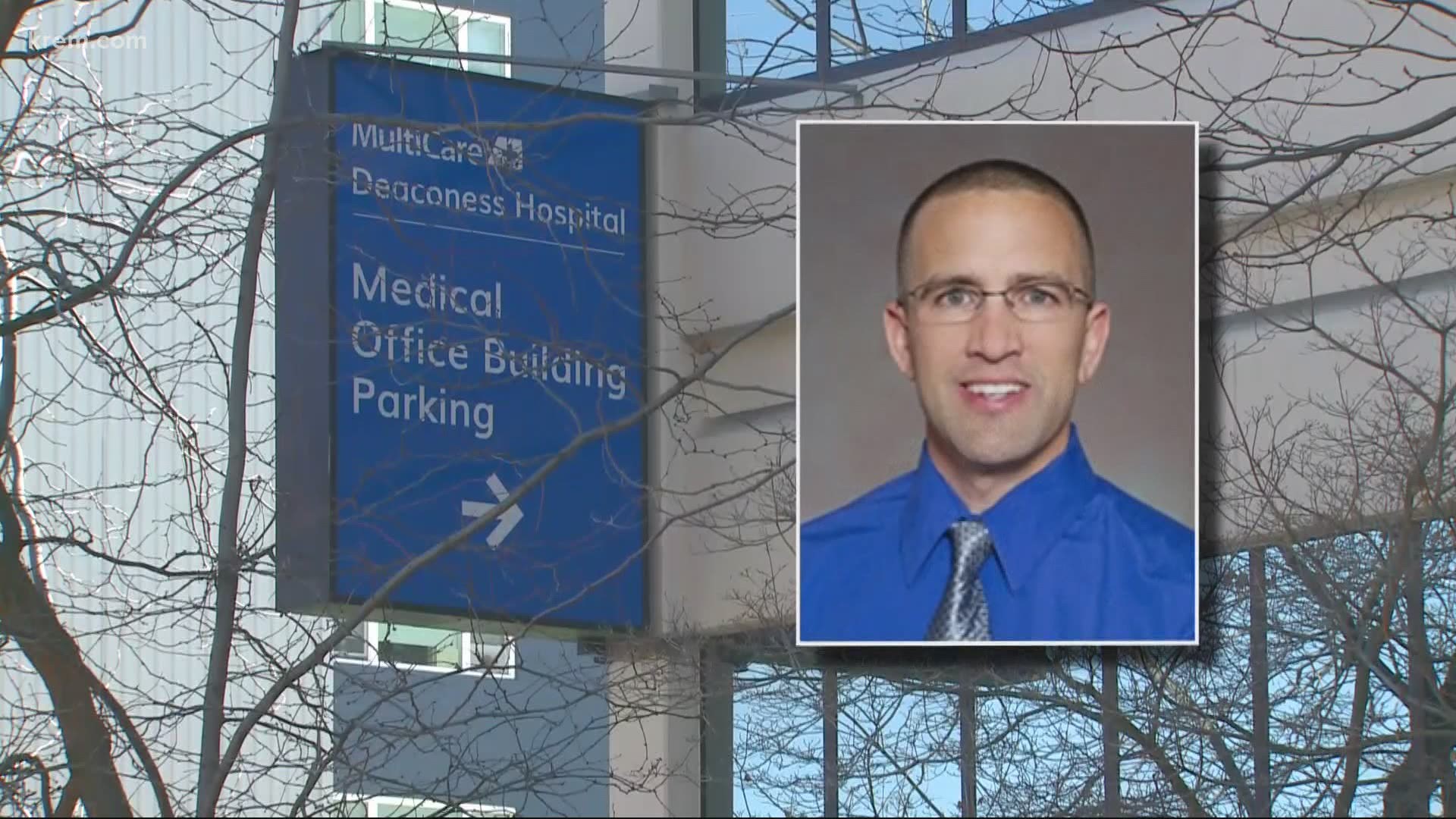 SPOKANE, Wash. — Washington state health officials have stripped Dr. Jason Dreyer of his surgical privileges. The osteopathic surgeon is currently employed at MultiCare in Spokane and can still see patients. He cannot perform surgery until the charges are resolved.

Dr. Dreyer is accused of pushing for extensive and unnecessary spine surgeries on patients for financial gain.

Documents say these multiple incidents happened between 2014 and 2017 while he was a surgeon at Providence St. Mary Medical Center in Walla Walla.

A former patient in Walla Walla filed a lawsuit against him last week that cites medical negligence and malpractice.

Cyde Estes claims when Dr. Dreyer negligently caused injury to her spine and spinal nerves, and unnecessarily fused her lumbar.

The suit also claims, Dreyer billed the patient and her medical insurance for procedures that were not actually performed on her spine.

Aws Alwatter is a senior at Whitworth University who wanted to share his experience with Dr. Dreyer after learning about the allegations.

"When I saw the articles, I was very upset and disappointed, but I was not surprised," Alwattar said.

Dr. Dreyer treated him for a weightlifting injury in September, after diagnosed with a pinched nerve.

"You just can't sit for longer than 10 to 20 minutes before you, the pain, prevents you from sitting down," Alwattar said.

He wanted to avoid surgery and asked for alternatives like injecting steroids into the back. But he told KREM 2's Amanda Roley Dr. Dreyer pushed for options like a Diskectomy or a fusion.

"Knowing the timeline of my school year and when it begins, that was certainly not an option," Alwattar said. "But I do remember and he was very optimistic about that surgery he was kind of excited talking about it. He said it's kind of cool you put in a metal disk, and we take out your entire disk and then we'll put in a metal one, and then you won't have to worry about a herniated disk."

Alwattar agreed to get the diskectomy to remove the damaged portion of his herniated disk. A surgery less invasive than the fusion.

But a week after the surgery, the pain returned and persisted. The steroid medication he was prescribed in post-operation only masked the pain.

"That was the thing--paying for surgery, a surgery that did not go well, that did not solve the problem," Alwattar said. "I feel disappointed and upset that had to happen. I didn't even know about the description of his allegations. But from my story, you can tell that they are accurate."

To be clear, we have been not able to include Dr. Dreyer's side of the story. We are still waiting on a response to our request for an interview with him.

MultiCare shared this statement, "MultiCare requires all physicians, whether they are employed by MultiCare or not, to be in good standing with the state to practice medicine at our facilities. We await the results of the state’s investigation."