The 41-year-old also claimed that he was the one risking life and limb because of the misdemeanor charges of trespassing and resisting officers. 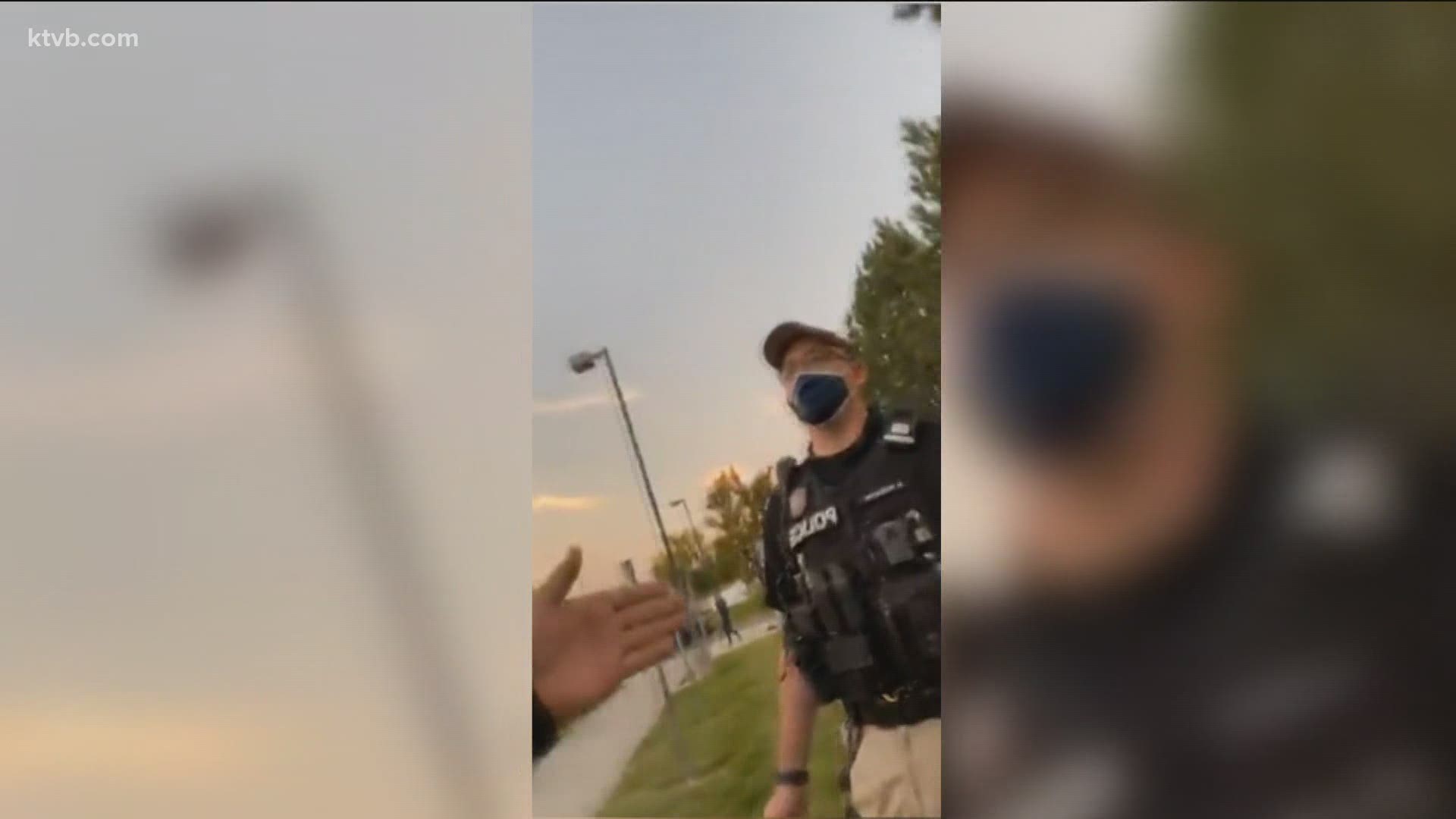 BOISE, Idaho — Editor's Note: The video above is about the Caldwell School District considering banning Ammon Bundy after he refused to wear a mask or leave a high school football game in October.

In a motion hearing stemming from his August 26 arrest at the Idaho Capitol, Ammon Bundy argued in court on Tuesday that he wants an in-person trial by jury without people wearing face masks.

Ada County Magistrate Judge David Manweiler heard Bundy's motion and said he would come to a decision by Bundy's next hearing on Dec. 23 at 1:30 p.m. MT.

In court, Bundy claimed that the COVID-19 pandemic doesn't have enough scientific evidence to meet the "burden of proof" for court closures and health guidelines like face masks.

As of Monday, 869 Idahoans have died from the coronavirus.

Bundy also said he believes he did nothing wrong or illegal and wasn't disruptive at the statehouse, later saying he's risking "life or limb" over the two misdemeanor charges that he faces.

He pleaded not guilty to both charges.

On August 26, Bundy was arrested for the second time within 24 hours at the Idaho State Capitol Building after refusing to leave the Senate gallery during the Legislature's special session. The 41-year-old was arrested on misdemeanor charges of trespassing and resisting and obstructing officers.

Following his two arrests at the statehouse, Bundy was issued a one-year no-trespassing notice to the capitol. The issue was given after Gov. Brad Little, Speaker of the House Scott Bedke, and Senate Pro Tem Brent Hill consulted the Idaho Department of Administration.