Who is Dr. Bob Lutz? Get to know Spokane County's authority on coronavirus

Dr. Bob Lutz has served as the voice of reason for many Spokane County residents during the coronavirus pandemic. 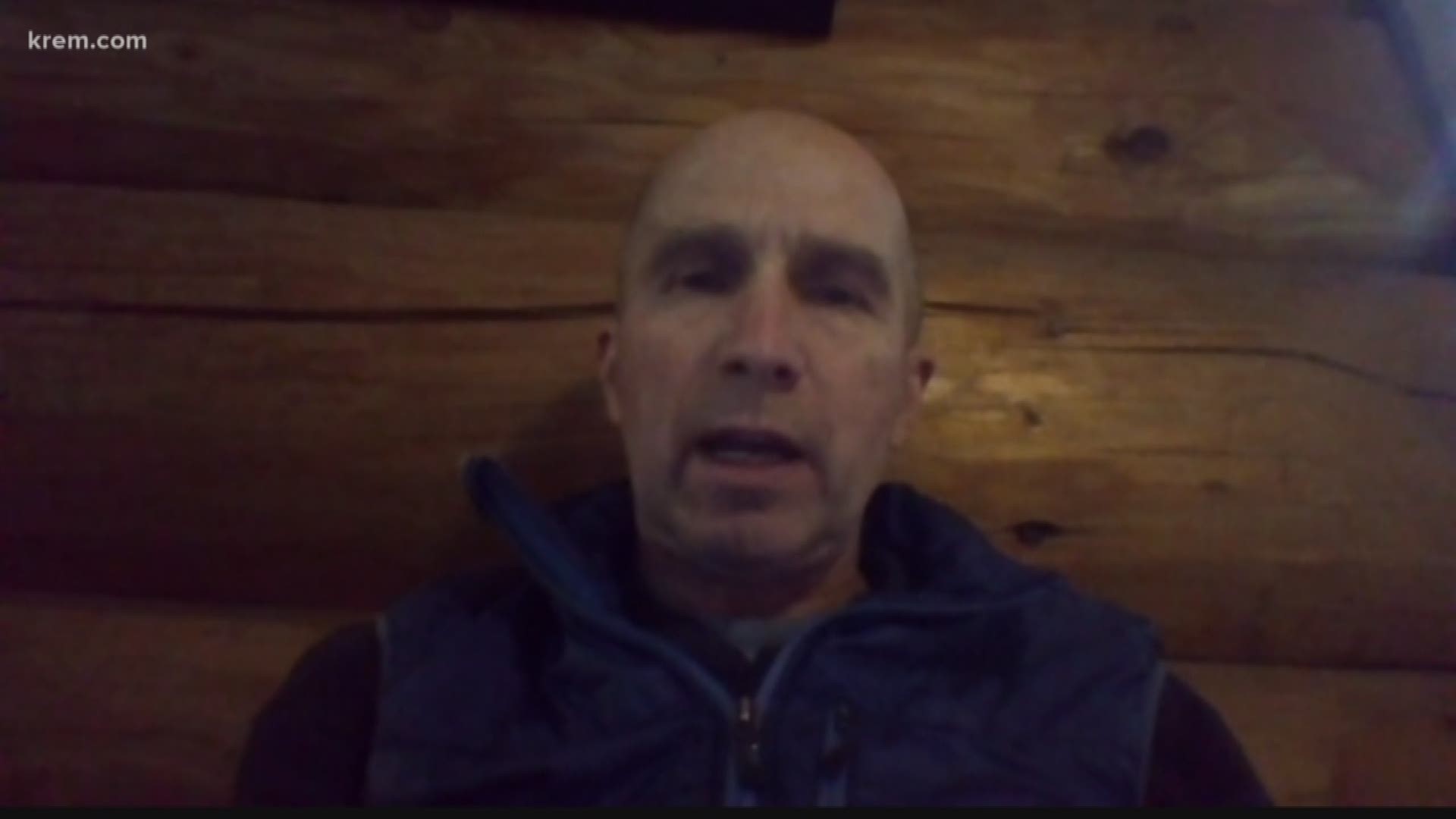 SPOKANE, Wash. — Dr. Bob Lutz says he does not like to be in the public eye. But his role as Spokane County Health Officer has made him the face of the area's coronavirus response.

Lutz's weekly updates on the state of the outbreak in Spokane County have made him a household name. But he is also working behind the scenes with a team of Spokane Regional Health District staff.

While his job can be stressful, Lutz says it is also deeply rewarding.

KREM sat down with Dr. Lutz via Zoom to chat about everything from his background, hobbies and how he remains optimistic.

Editor's note: Questions and answers below have been edited for length and clarity

Can you share more about your background and what your job typically entails when you are not tracking coronavirus in Spokane?

Dr. Lutz described his background as "very traditional" for a physician. He studied biology during his undergraduate career and then attended medical school.

He then served four years in the military before beginning an internship followed by a family practice medicine residency in Florida. That's where he met his wife, Amy.

The couple lived in Florida for several years before moving to Oregon, where he developed an interest in alternative integrative medicine. He later pursued a fellowship in integrative medicine at the University of Arizona and earned his master's degree in public health.

Lutz and his wife have lived in for Spokane for about 16 years. He worked in urgent care for a number of years before working his way up to clinical director of Urgent Care for Rockwood.

Now, as both the health officer and a physician, he is responsible for tracking communicable diseases and other duties alongside 250-plus staff members at the health district.

“As the health officer, there’s a lot of things that I have indirect oversight of," Lutz said, adding that regulations for restaurants and businesses and inspections are included in this.

“As a physician, there are things that I’m directly responsible for such as communicable diseases – COVID-19 being one of them," he added.

Physicians and provider's offices are required to provide information about communicable diseases to the health district, which then goes to epidemiologists. Lutz is then responsible for essentially overseeing the guidance on how to treat contacts, he said.

Have you ever dealt with a public health crisis like coronavirus? What has surprised you about this one?

“I would say there’s never been a public health crisis of this nature in our recent memories," Lutz said.

The Spanish Flu of 1918, which killed as many as 50 million people worldwide, is the last similar crisis, Lutz said.

RELATED: Lessons learned from the 2nd wave of the 1918 Spanish Flu in Washington

Lutz says he was not directly involved with other pandemics such as SARS, Swine flu (H1N1) or Ebola.

"As a board member, I was very peripherally involved with our community efforts unit with Ebola, specifically through Providence and their special pathogens unit. But I was very, very far removed from that," he said.

Lutz said he is most impressed by the amounts of information that scientists and doctors have learned about the virus so quickly.

“It’s very complicated and it really requires a very comprehensive approach that is challenging because of the fact that you have the virus, you have the infection, and then you have all of the sort of requirements to try to mitigate the effects of the virus going forward – not only at the individual level but at the community level," he said.

What helps you remain optimistic during the pandemic, both at the local and global level?

“I have to be reassured by our data first and foremost. I have to be also reassured by the fact that I have a health care system that is very strong and I think it can, for the most, weather very significant surges," Lutz said.

Lutz says he is also reassured by the scientific research base in the U.S. that can understand viruses “much more quickly than what we saw even during the recent Ebola epidemic.”

“So I think the progression of science has been phenomenal. The fact that literally within weeks of this virus being identified in China, they were able to identify the genetic background of this virus and that was made available worldwide," he said. “This is not something that you would have seen a decade ago.”

“We like to credit ourselves with having the greatest science, the greatest health care system," he added. "The reality is that there are many deficiencies in our system. And this truly a global effort to try to address a global crisis.”

What is the most rewarding part of your job?

Lutz said first and foremost that he is grateful for the many people who work with him at the health district, including epidemiology staff who just recently provided guidance to Gonzaga University administration.

“I have people who are in the trenches on a daily basis who are behind the scenes, who are really doing the hard work, who are doing the case investigations, the contact tracing," he said.

He said the greatest gift that comes with his role is the impact he has on the community's health. Instead of working with only one patient at a time as physician, he is able to work at the broader community level.

“I think that COVID-19 is no different. Although I am the point person people think of now, the reality is that there are a lot of people behind the scenes doing the work and public health is a collective effort," he said.

“I’m not someone who likes to be in the public eye. I really like to be behind-the-scenes effecting change," Lutz added. "But I also know as the health officer, there’s an expectation of me, people look to me to be that voice of reason, that voice of understanding what’s going on. And that’s part of the role. So I accept it for what it is.”

Has this role been stressful for you? If so, what do you do in your free time to deal with that?

In his free time, Lutz goes for daily runs with two of his three dogs and enjoys spending time outdoors. He also meditates and reads poetry to unwind. Some of his favorite poets include Robert Frost, Walt Whitman, Emily Dickinson and Mary Oliver.

RELATED: Your questions about mental health during the coronavirus outbreak answered

What is your message to the Spokane community?

“I thank everyone for really taking on the effort and the challenges and the stressors of addressing something that nobody has ever seen in our lifetimes," Lutz said. “I really do appreciate the sacrifices people have made.”

He said he understands that the unknowns are frustrating, but asked people to remain patient and care for those in the community the way they would their own family and friends.

“The reality is this is not behind us. It’s very much with us, and this is very much in front of us," he said.