With the arrival of Halloween, we compiled some of the most spooky and haunted spots around the Spokane area. 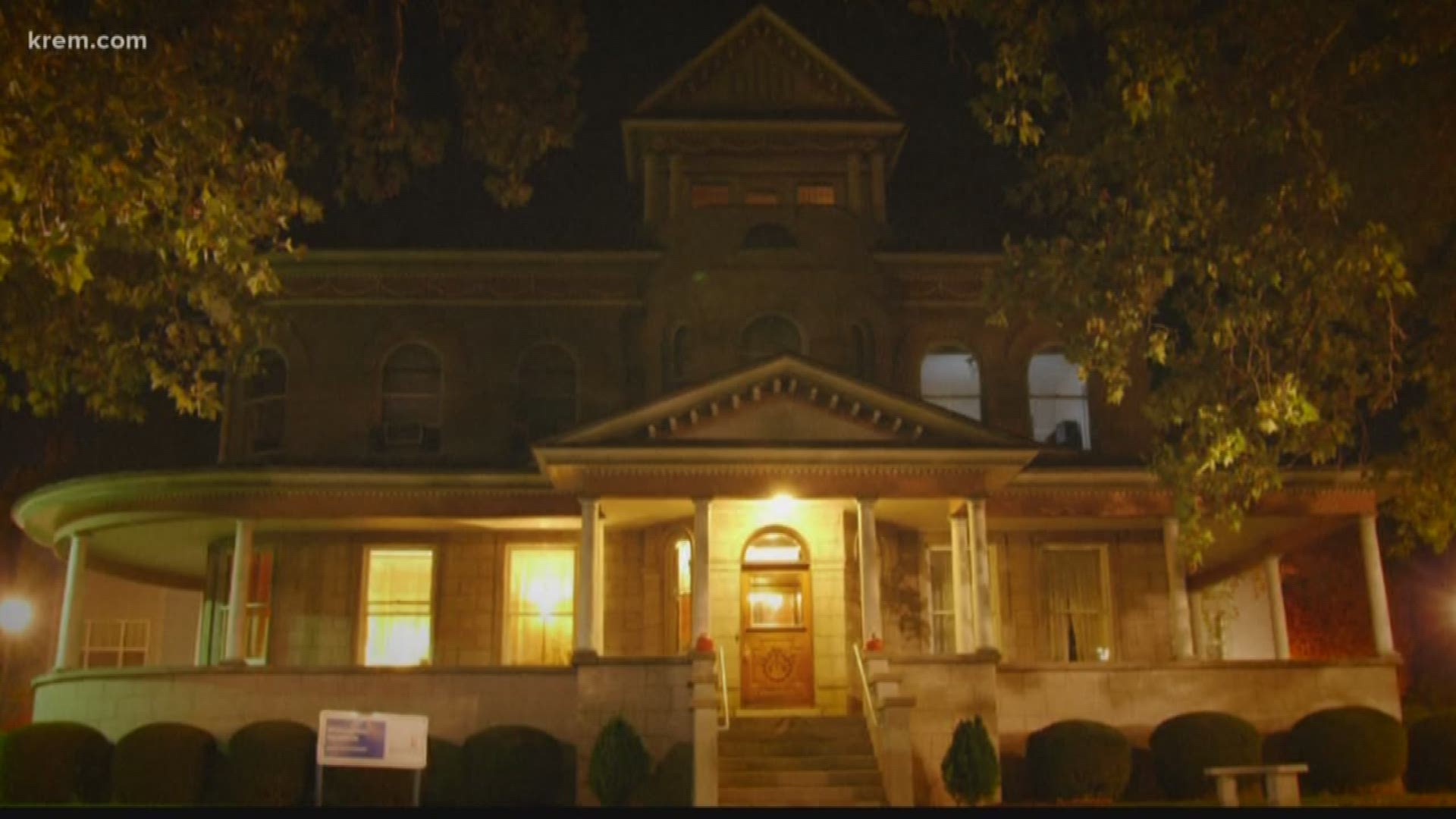 Editor's note: Various past and present KREM staff members contributed to this reporting

SPOKANE, Wash. – For some it’s the candy or costume parties, but many thrill seekers believe the best part of Halloween is the scares.

With Halloween just around the corner, we have compiled the spookiest, creepiest and most haunted placed around the Spokane area.

The Hahn Mansion on Spokane’s South Hill has a reputation for bad luck and its murderous past is known to many. We give you a history of one of the Lilac City’s most notorious haunted houses and the mad doctor who owned it.

A shopkeeper in Spokane’s East Sprague business and residential district discovers the gruesome history of his store.

A building constructed in 1895 is bound to have a few skeletons in the closet – or, in this case, hidden tunnels. In this story, we talked to a facilities director about the tunnels underneath the Spokane County Courthouse parking lot and the brutal hidden history of the “customer service area.”

One of the golden horror movie rules: never build property on top of an old graveyard. According to records, that’s exactly what happened in Browne’s Addition, where one apartment complex was built on the site of an old burial ground.

It may be the region’s most infamous haunted house. Monaghan Hall on Gonzaga’s campus, which now serves as a building for the music department, has come under scrutiny for instances of the organ playing by itself and the furniture moving, among other paranormal occurrences.

In 1889, a young man by the name of Llewellyn Marks "Louis" Davenport arrived in Spokane and stayed at the Davenport Hotel. He lived in Suite 1103 until his death in 1951, and guests have reported that his ghost now wanders the halls in just a bathrobe and slippers.

Division and Sprague in Downtown Spokane is one of the most dangerous intersections in Spokane but a local ghost expert told KREM there is much more to the story. This is the deadly intersection’s awful history.

If you are looking for some of the most haunted places in Spokane, the “1000 Steps” at Greenwood Cemetery is one you will need to check off your bucket list. The steps lie underneath Spokane’s oldest public burial site.

What is arguably the most haunted location on the Palouse received some national attention this year when it was featured on an episode of “Ghost Adventures.” Colfax’s St. Ignatius Hospital has been abandoned for some time and is a popular destination for thrill seekers and paranormal enthusiasts.

Ghost tours there have since come to a halt since the building is under new ownership.

RELATED: Spooky spots in the INW to visit ahead of Halloween

RELATED: North Spokane haunted maze makes you scream for a good cause