Marie Collins and her husky mix have been working at the corner of Howard and Mansfield for six years, rain or shine. 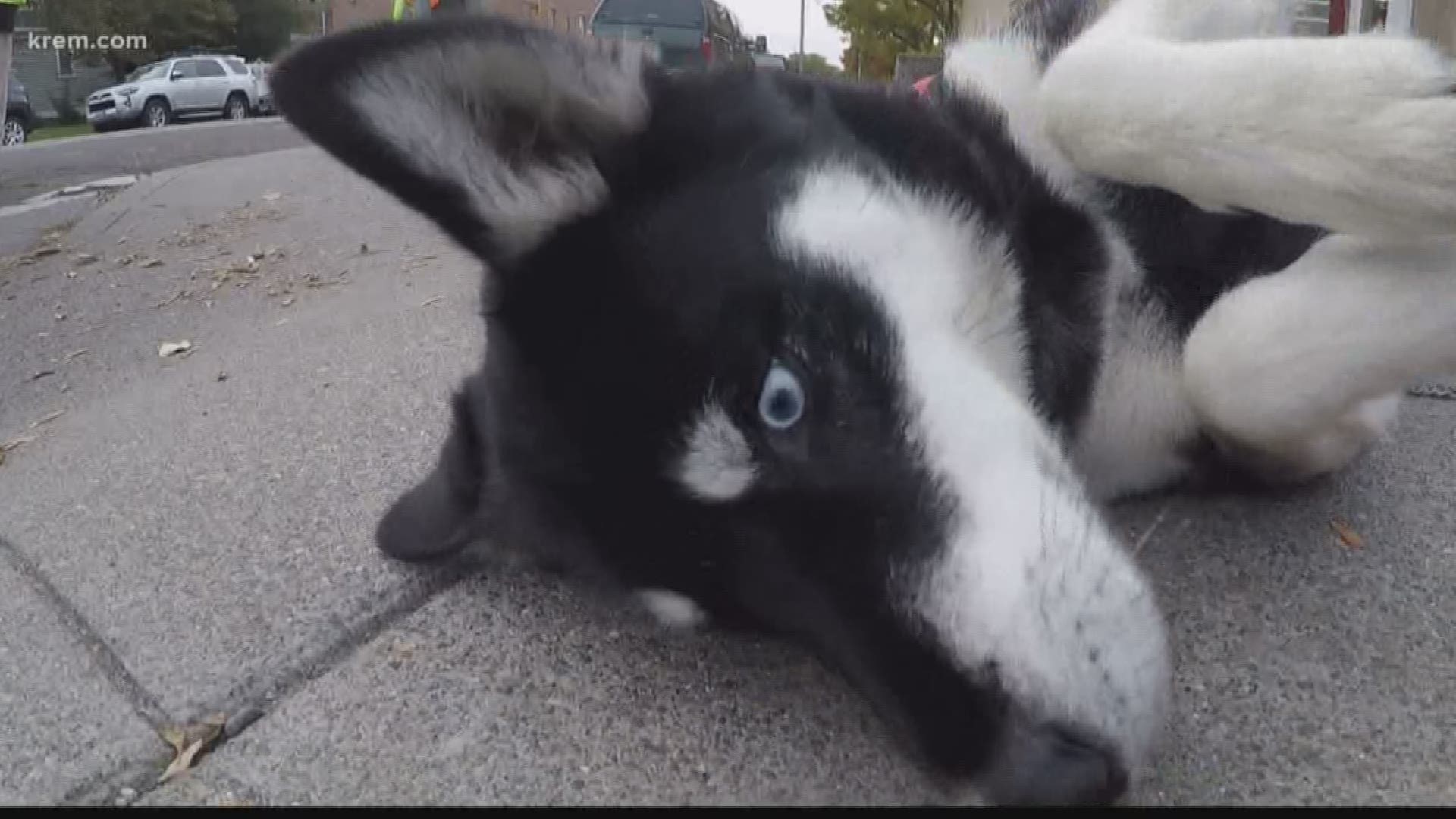 SPOKANE, Wash. — Wearing a bright yellow vest with a jingling lanyard hanging from her neck, crosswalk safety patrol guard Marie Collins waves to every person, car or biker that passes the corner of Howard and Mansfield. But she especially greets each child walking the path to school.

For every child that crosses the street at her corner, Collins checks for cars before walking to the middle of the road to hold out her stop sign. She stays there until each student is safely across the street.

The 76-year-old has gone to that corner every school day, rain or shine, for six years.

"I come out here everyday because I love the children, and I like to make sure they cross the street safely," Collins said.

Her job is not particularly special. There is a safety guard like her at several corners in her area, but the way she does her job is special.

Not only does she knows every child's name, but she also brings her dog along.

"I have pepper whose been with me since 5 weeks [old]," Collins said. "She just loves every one of the kids."

Pepper does tricks for the children that cross at her corner. The kids can choose between asking her to sit, shake, dance or lay down, and then they give her a treat.

"Some of these people go 40 miles per hour down the street instead of the speed limit. I've watched them do it. So it's important that I get them across the street," Collins said.

Collins said she hates housework, so the job was something to do during retirement. She wants to continue manning the crosswalk as long as she possibly can.

RELATED: Students create 3D crosswalk to force drivers to slow down at their school