Automated walk signs, audio cues and head starts for pedestrians will be coming to a crosswalk near you. 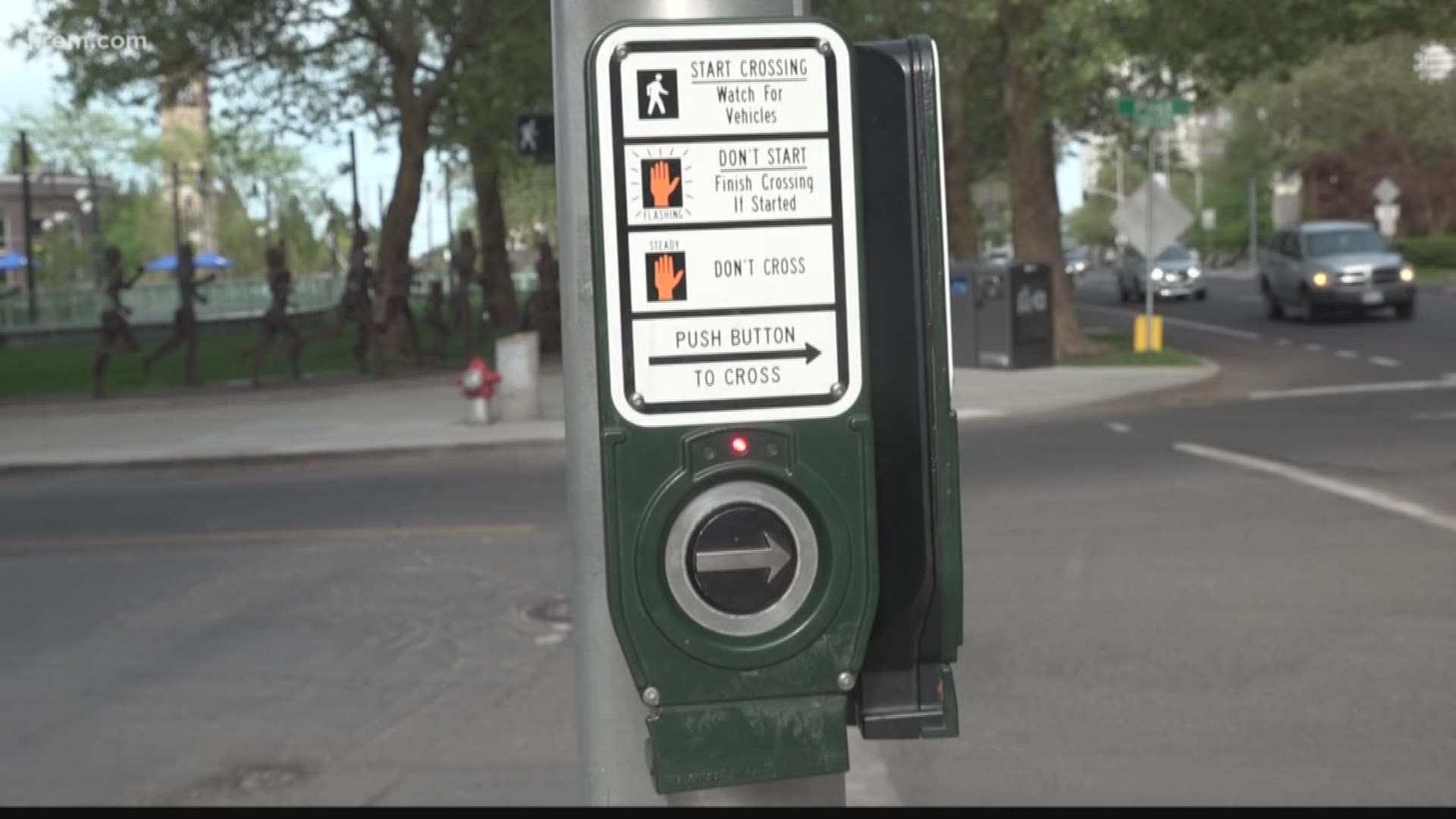 Two, the audio cues designed to help the visually impaired, which say whether to walk or wait, will eventually exist at every crosswalk in the city. The plan mandates these be installed over the course of the next six years.

Three, some intersections will soon implement a system known as Leading Pedestrian Interval. Basically, pedestrians get a few seconds head start, so that any cars that might be turning into that crosswalk can see them ahead of time.

This is also aimed at preventing cars from trying to cut off pedestrians before they can cross. It's not being mandated anywhere but will be phased in at downtown intersections and some other especially busy or dangerous areas, like those near schools and senior centers.

The ordinance part of the city's larger long-term plan to improve walkability and pedestrian safety in Spokane.

Spokane is currently rated by WalkScore.com as a "car-dependent" city and has one of the lowest walkability scores of major northwest cities.

Last year, Spokane saw more than 160 pedestrians get hit by cars. Four of those people died.

Councilman Mike Fagan was the only no vote. He said he supported the general principles of the plan but had concerns that it was too far-reaching.