A Spokane dog training company has become one of the country's largest suppliers of service animals for people with PTSD, anxiety, depression, and autism. 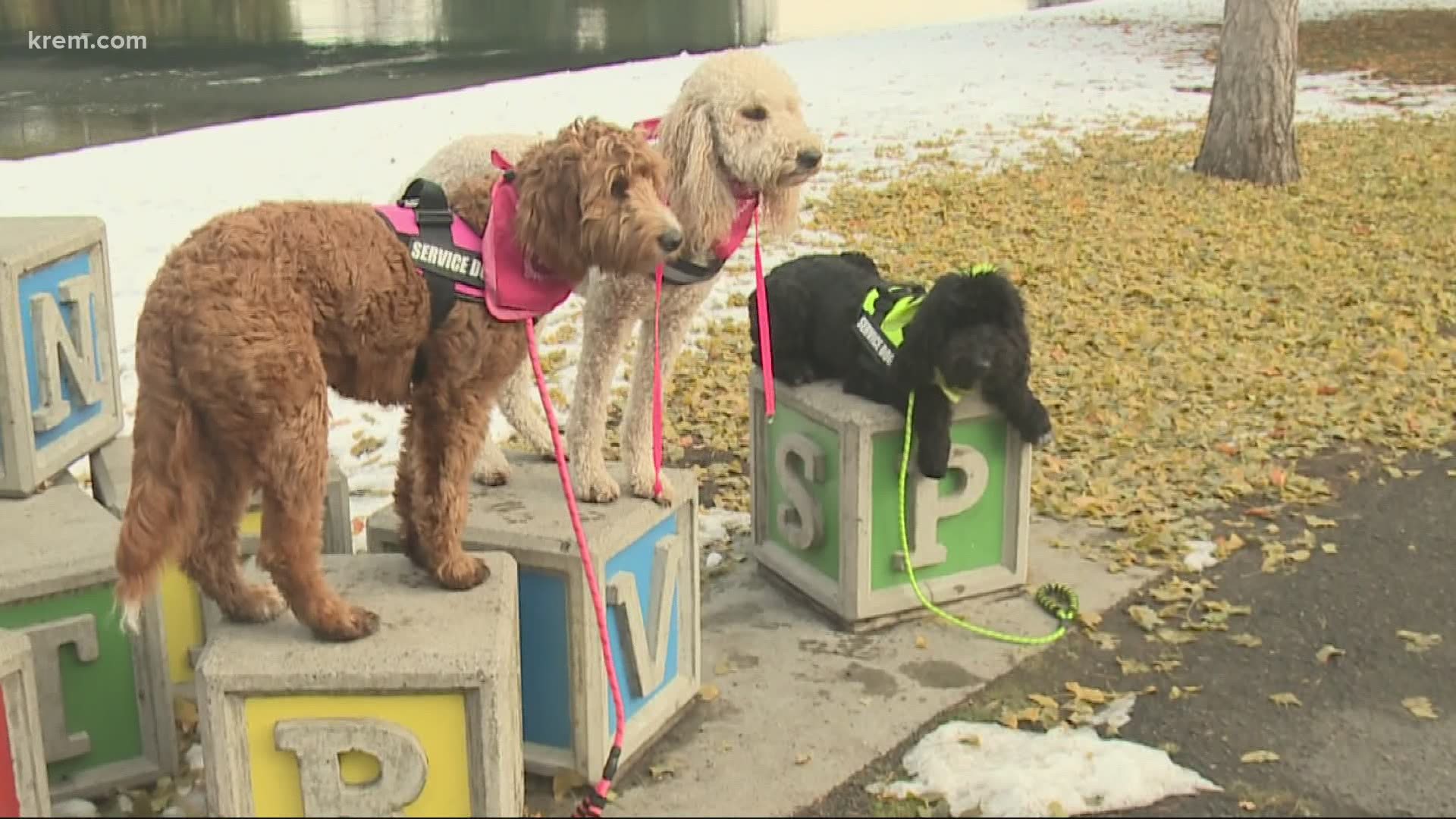 SPOKANE, Wash. — A fluffy black puppy named Blaze has been naturally calm since birth, sticking by his owner’s side instead of being rambunctious.

That calming nature is why Dogology Northwest chose Blaze to enter their service dog training program in Spokane. He has been with the company since he was 12 weeks old.

Now at five months old, Blaze is already showing his skills as a service dog. He lives with his trainer Monica Egland, whose job is to raise Blaze.

He is the first dog Egland has trained. She is a new member of the Dogology NW behaviorist team after pursuing a job posting online.

Dogology NW owner Mary Davies has been hiring behaviorists because of the high demand for their service dogs. The company started by only training dogs with bad behavior. After people with service dogs started asking for help, Davies decided to expand the business.

Davies says the demand for Dogology’s service dogs is high due to the unique way they train them. The company does not train diabetes or police dogs, but instead trains dogs to react to emotions.

“They’re reading emotions naturally. Dogs are instinctive and they live in the energy field. They don’t live in the same realm that we do,” Davies said.

Dogology behaviorists use that instinct to teach their dogs how to calm a human who is struggling emotionally. The dog is expected to calmly approach the human, nudging them until they calm down.

It takes ten months to one year of training from a licensed behaviorist to do this.

“Saying goodbye is really hard but knowing that they are going to these families that need them, and that they are there to help them interact with the world and to support them and help them be happy is such a fulfilling reason to do this,” Egland said.