The boys' cross country team wanted to go to the Nike regionals meet in Boise but money was an issue — until an anonymous donor stepped in to help. 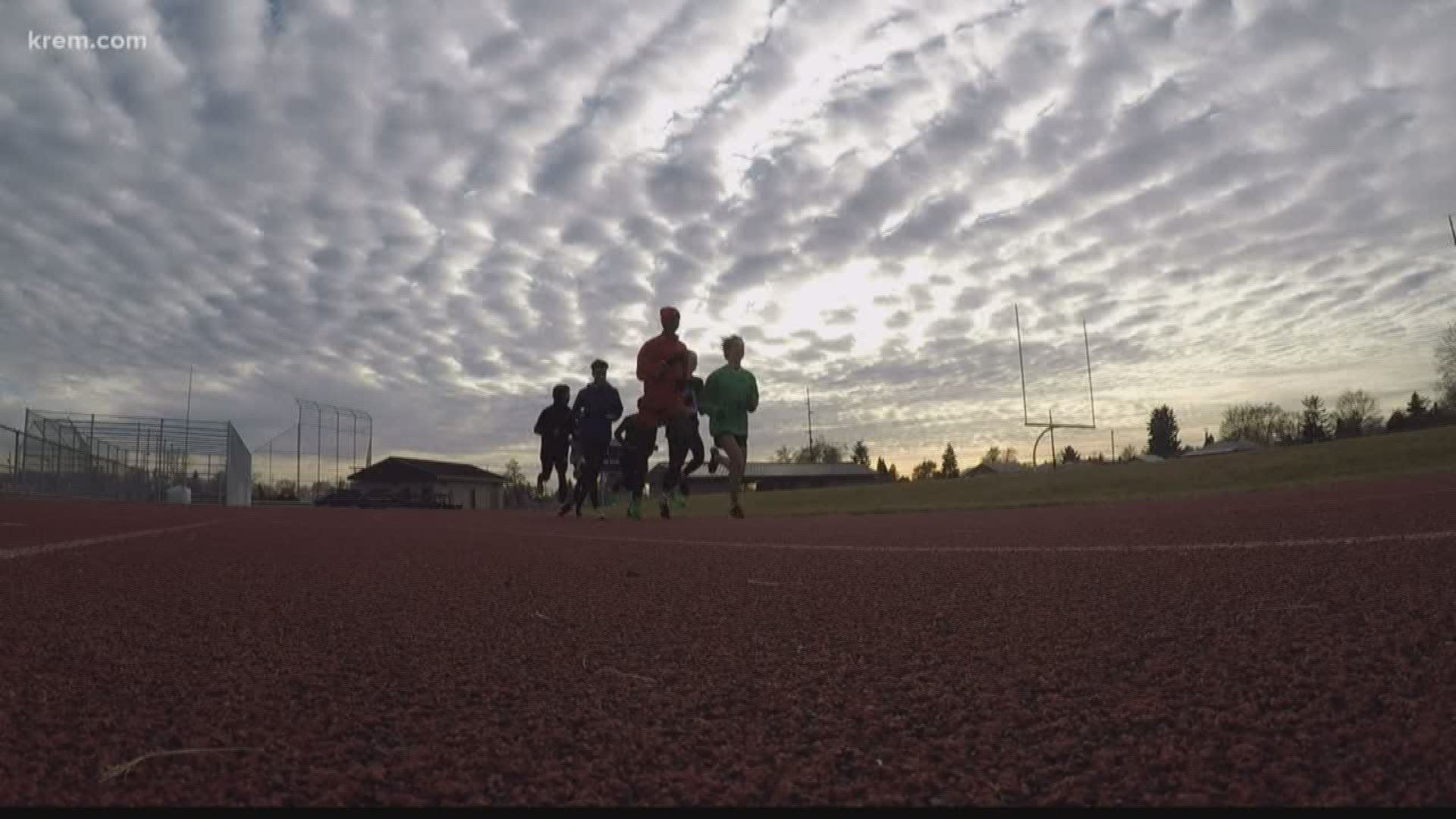 SPOKANE, Wash. — Rogers High School's boys' cross country team thought their season may have been over two weeks ago after they missed qualifying for state by five points.

"Usually we don’t get a lot of donations or anything here," said senior captain Jacob Trantum. "We are pretty low-income so we don’t go to a lot of big meets or stuff."

The team wanted to go to regionals in Boise but money was an issue.

That's when someone, who has chosen to remain anonymous, stepped up.

"When I heard I was flying I was actually really surprised because I’ve never been on a plane before," Trantum added.

Trantum and his team are able to fly to regionals because of a $10,000 anonymous donation to his team.

"It was indescribable when I first heard it happened and I still am just shocked about it," Trantum said.

"Since the person donated that to us, we can be together again," added teammate Daniel Lee.

The donation will pay for the teams flights, meals, hotel rooms, meet fees and everything else in between.

As Trantum stated before, Rogers is not necessarily in an affluent area. That’s what makes this team’s story even more exceptional.

"There’s been kind of a history at this school of teams that haven’t been that great," said Trantum's dad Aric, who will chaperone the team to the meet. "It’s been a long time since they’ve had a really good team, and I think people were just glad to see a team, kind of an underdog, who’s done really well."

Because it’s a post-season meet, the squad will not be able to compete with the Rogers name.

Instead they chose a name to represent both the neighborhood that they live in, and the make-up of the team that features several immigrants.

"Hillyard International Cross Country and it just plays into the fact that they have such an international group of kids. It was very fitting," Aric said.

"I like that the name's international since we’re all different," said Lee, who immigrated from Ethopia at nine years-old. "We’re not from the same place."

The squad says that if they ever found out who donated the money though, they’d give that person something that translates across all cultures.

"Oh he’d get a big hug. A big hug and a thank you," said Tina Trantum, Jacob's mom who's also chaperoning.

"All of the guys would get together and give him a big group hug," said Jacob.

"I would run over there and give him a big hug and give him a thanks because that’s a lot of money," said Daniel. "Nobody just pulls that out of their pockets and donates it."

RELATED: North Central girls cross country is the best team in the region this fall