'It takes some of the pain away': Firefighters bring gifts to Rathdrum family who lost house in fire

Firefighters for Kids, Northern Lakes Fire and Local IAFF said they had to do something. 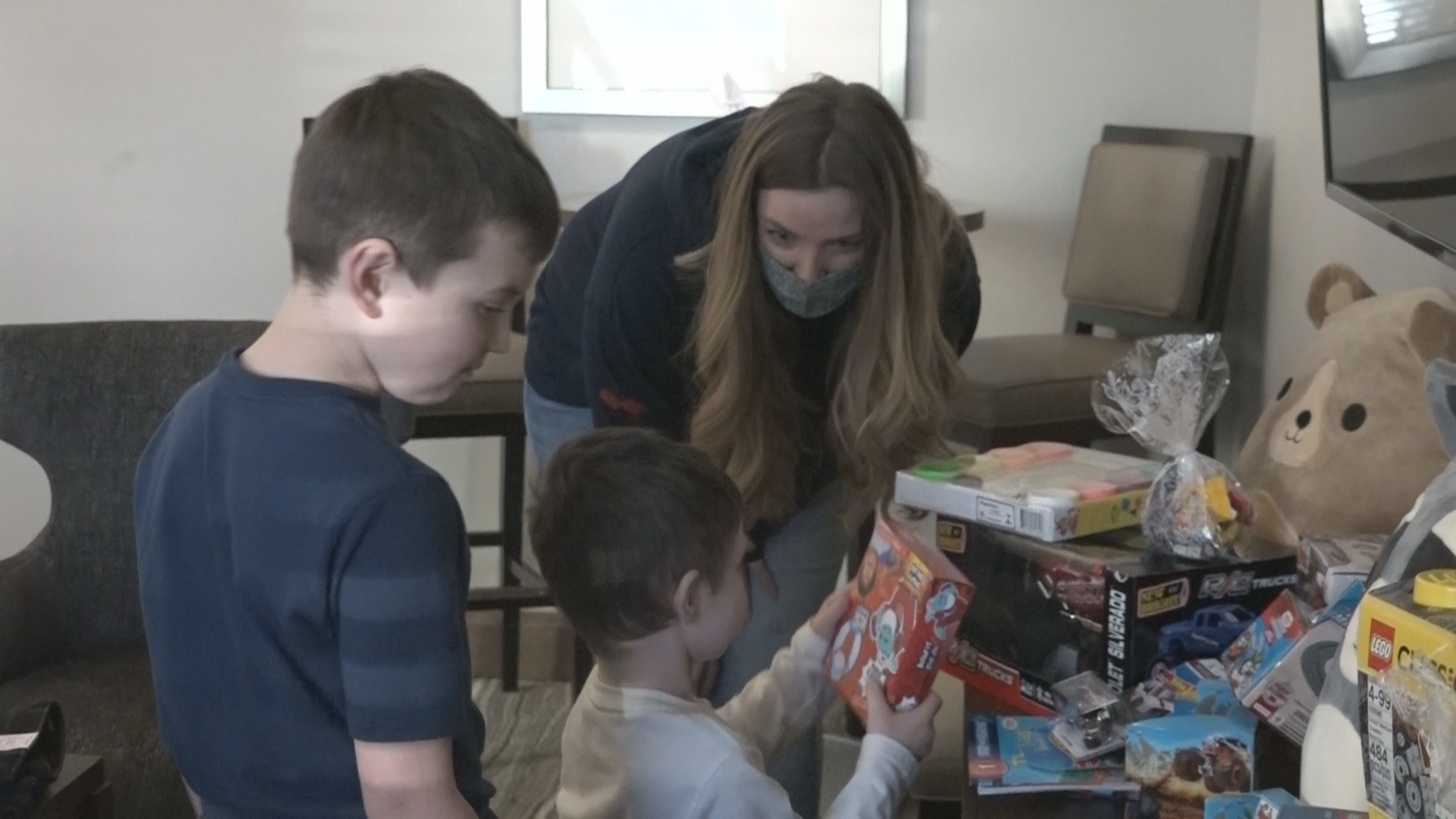 COEUR D'ALENE, Idaho — A Moses Lake firefighter knew he had to step in when a family of five's home burnt down two weeks ago.

After a family of five was displaced after a fire destroyed their Rathdrum home, firefighters who were on the scene called Mike Miner. Miner started the Firefighters for Kids Foundation, volunteering around the region to collect donations for families impacted by disasters.

Emma Saeger, her husband Jonathan and her three kids said they returned to their Rathdrum home to see their house up in smoke. Their home was declared a "total loss," according to Shay Carlock, a firefighter with Northern Lakes Fire District.

"Everything is gone," Saeger said. "I wouldn't wish this on my worst enemy."

The cause of the fire is believed to be a faulty outlet, Carlock said.

"You hear about this happening but you never expect it to happen to you," Saeger said.

The family has been living in the Staybridge Suites Coeur d'Alene since the fire on Feb. 16. The parents are sharing one hotel room with their kids: Kaden, 7, Brantley, 4, and Ryleigh, 2.

"Everything has been so overwhelming," she added. "They don't have toys anymore."

Together, Firefighters for Kids, Northern Lakes Fire and Local IAFF said they had to do something. They brought the kids clothes, toys and candy. They also brought gift cards for the parents.

GALLERY: Gifts for the family

1 / 4
Morgan Trau
Kaden and Brantley looking at their toys

"Hopefully, even if it's just for a moment, it takes the pressure and takes the pain off of what they're going through," Miner said. "So they can just have some fun being kids."

He started Firefighters for Kids when he realized that there are little things that people do that make a huge difference in other's lives, he said. Typically, people take that for granted, he added.

"Honestly, as weird as this sounds, it takes some of the pain away," Saeger said. "It adds a little warmth, a little extra warmth into our hearts."

A GoFundMe page was made to help raise money for the damages and to help buy replacement materials. Insurance is helping cover some of the damage, but they still need to rebuild their lives, according to Saeger.

"I don't even know what to say," she said, holding back tears. "We feel like people are on our side."