With 13 inches of snow on the ground, 2019 has set the record for the highest snow depth this late in the winter season. 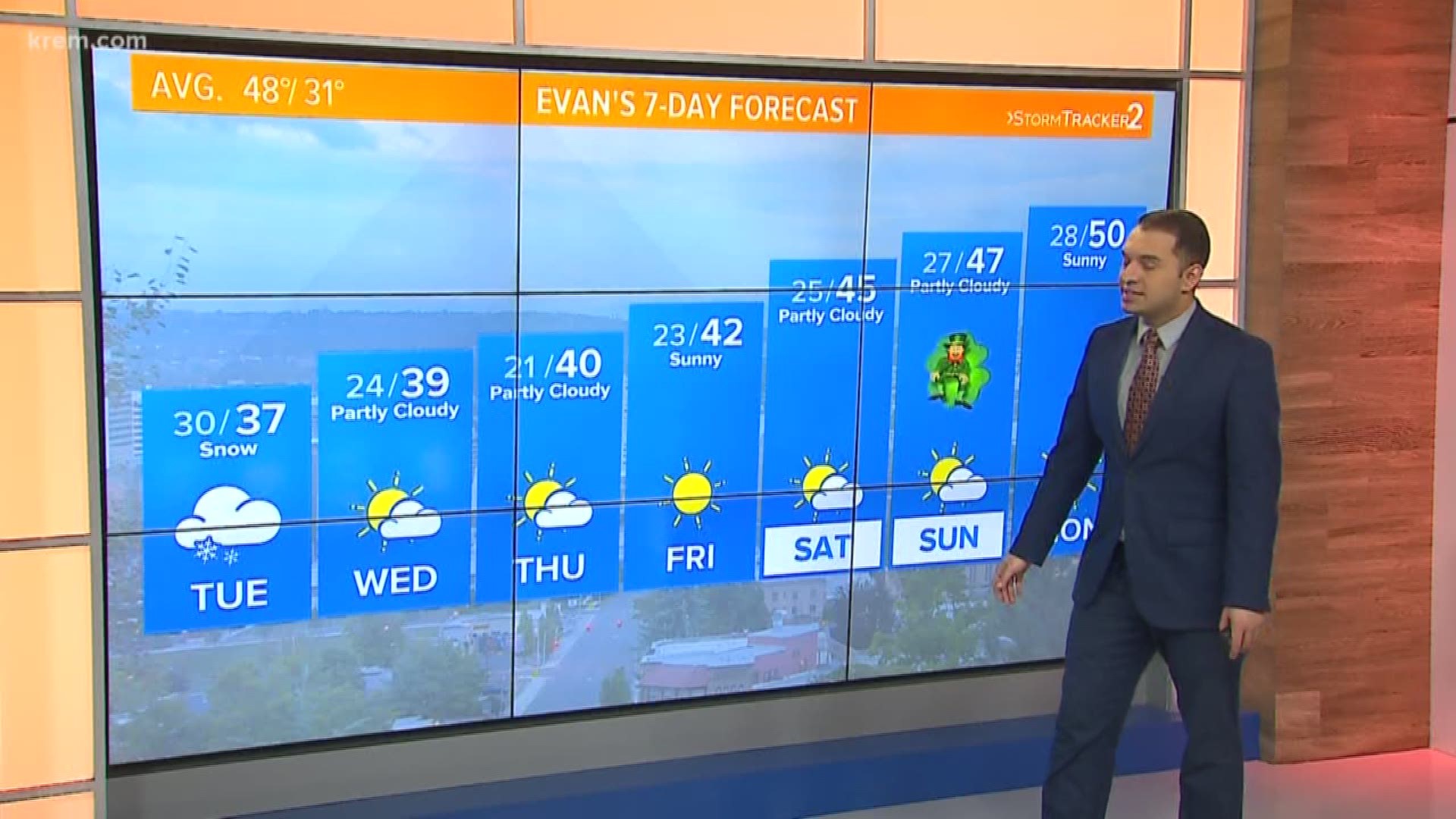 SPOKANE, Wash. — After fresh snow on Tuesday, Spokane sets a new record for the highest snow depth for this date, March 12.

This morning there was 12" of snow on the ground and by the afternoon that increased to 15 inches. That breaks the record of 12" set in 1969.

February of 2019 brought the second heaviest snowfall on record and the heaviest snowfall in over a century. Due to abnormally cold temperatures trending about 10-15 degrees below average, much of the snow has had no place to go.

Since those cold temperatures have carried into the month of March, moderate to heavy snow is still in the forecast for most of Tuesday. About three inches of snow has fallen throughout the day in Spokane bringing the snow depth at the Spokane Airport from 12 inches to 15 inches. If more snow falls or the current snow depth stays where it is, days after Tuesday will continue to break this record.

Snow showers are expected to continue through Tuesday before tapering off with only some residual showers Wednesday. The remainder of the week shows high pressure building which will bring drier and warmer weather to the Northwest.

Below are forecast totals for snow through Tuesday.