Idaho sees more than 40 aftershocks in wake of 6.5 magnitude earthquake

The United States Geological Survey confirmed there was a 6.5 magnitude earthquake in Idaho at 4:52 p.m. It was felt in the Spokane area. 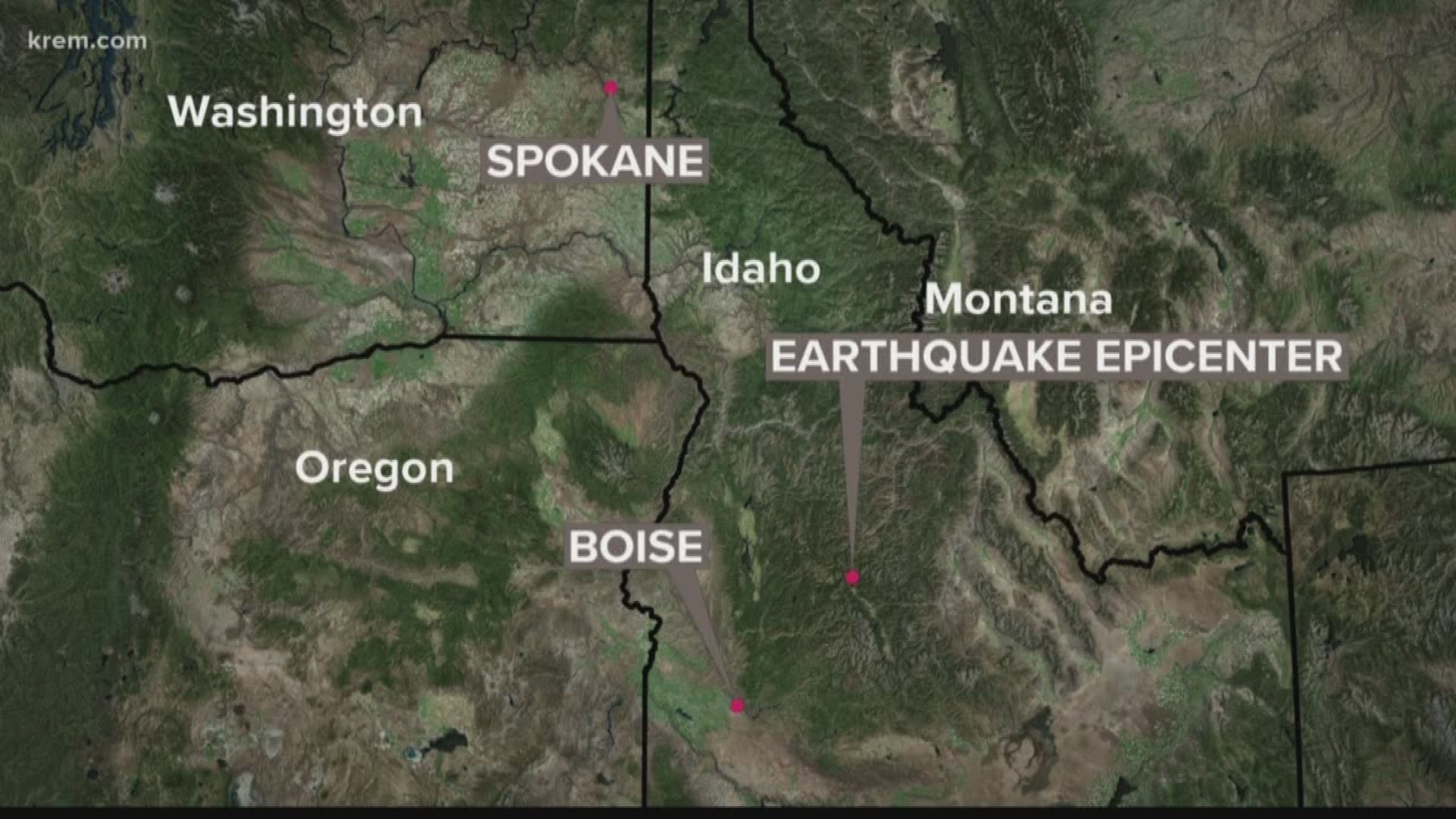 SPOKANE, Wash. — There have been over 40 aftershocks in the aftermath of an earthquake that hit southern Idaho yesterday evening.

People in parts of Washington, Idaho and Montana felt the initial shake.

The United States Geological Survey confirmed the quake clocked in at a 6.5 magnitude on the Richter scale, hit Southern Idaho at 4:52 p.m., and its depth was 10 kilometers.

According to the USGS map, the epicenter of the earthquake was next to Shake Creek and Laidlow Creek in the north-central Idaho mountains.

People in seven different states reportedly felt the 6.5 magnitude earthquake, according to the USGS's intensity map. KREM viewers in Spokane, Coeur d'Alene, and other areas throughout eastern Washington and North Idaho reported shaking.

Paul Bodin with the Pacific Northwest Seismic Network said the last earthquake of a similar size in Idaho rattled Borah Peak in 1983.

There was a lag time of several minutes in experts reporting the earthquake, which Bodin attributed to social distancing.

"Everyone is working remotely and we’re all scrambling to try to communicate with each other in unusual circumstances, so it took us a few minutes longer than it would have otherwise," he added.

There are no reports of damage, as the earthquake occurred in a quiet and remote area, Bodin said.

This is a developing story. It will be updated as more information becomes available.