15 collisions, 3 rollovers cleared on same stretch of I-90 near North Bend

Fifteen collisions, including three rollovers, shut down the westbound lanes of I-90 near milepost 34 for hours. 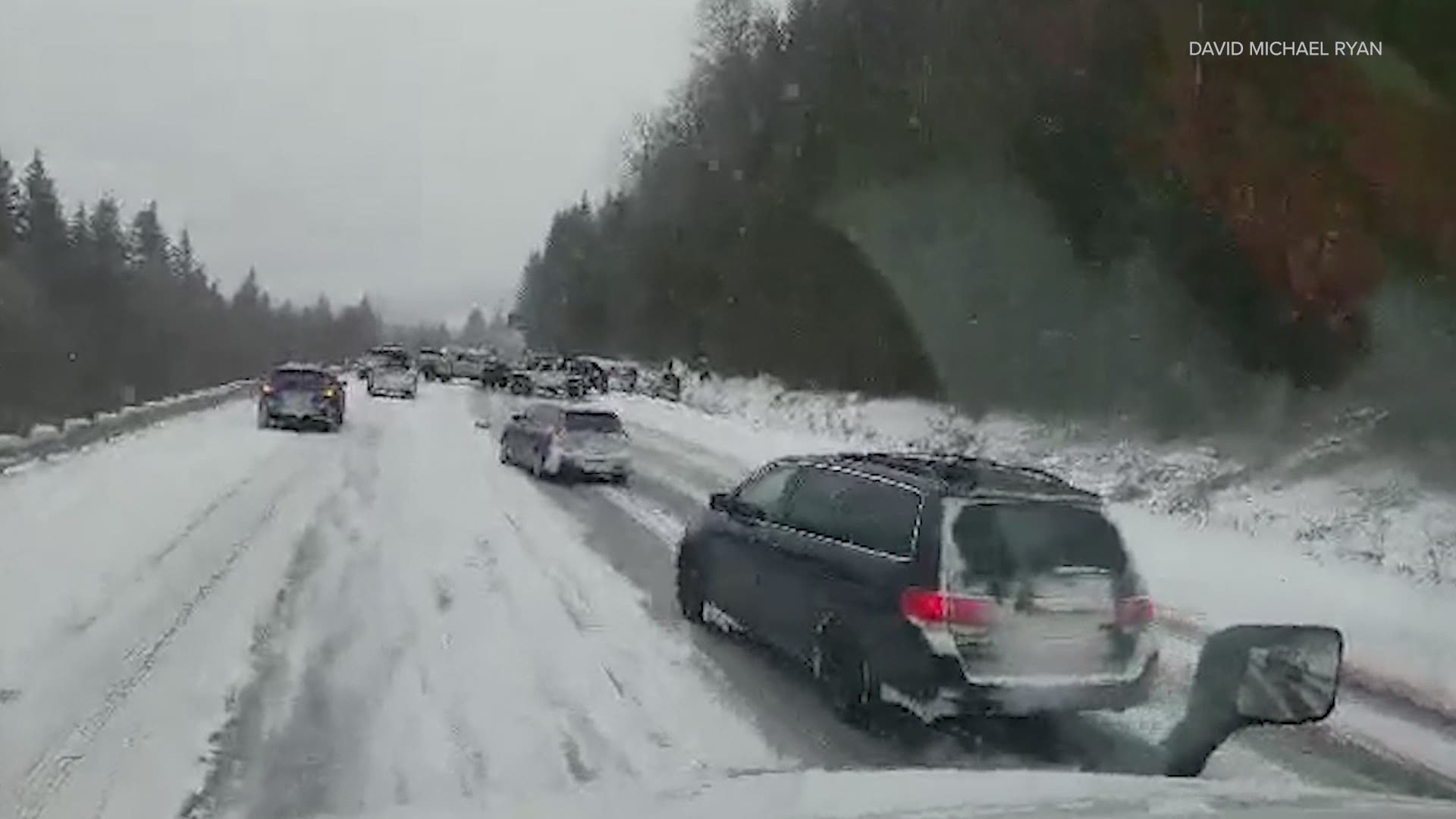 NORTH BEND, Wash. — A massive pileup occurred on westbound I-90 near North Bend Saturday afternoon as the region dealt with widespread snow.

One trooper's vehicle was hit twice, another was hit once, according to state Trooper Rick Johnson.

There were "unknown injuries."

The scene was mostly clear by 5 p.m. with a few remaining cars still on the shoulder preparing to be towed.

By late Saturday morning, Washington State troopers responded to at least 41 spinouts in King County and 156 calls for stranded or abandoned vehicles.

More pictures from the scene. pic.twitter.com/PXK6omyGZB

Crashes across the region

By 3 p.m. troopers handled the following number of collisions in these counties: