The first Asian giant hornet nest found in the United States was eradicated in Whatcom County. 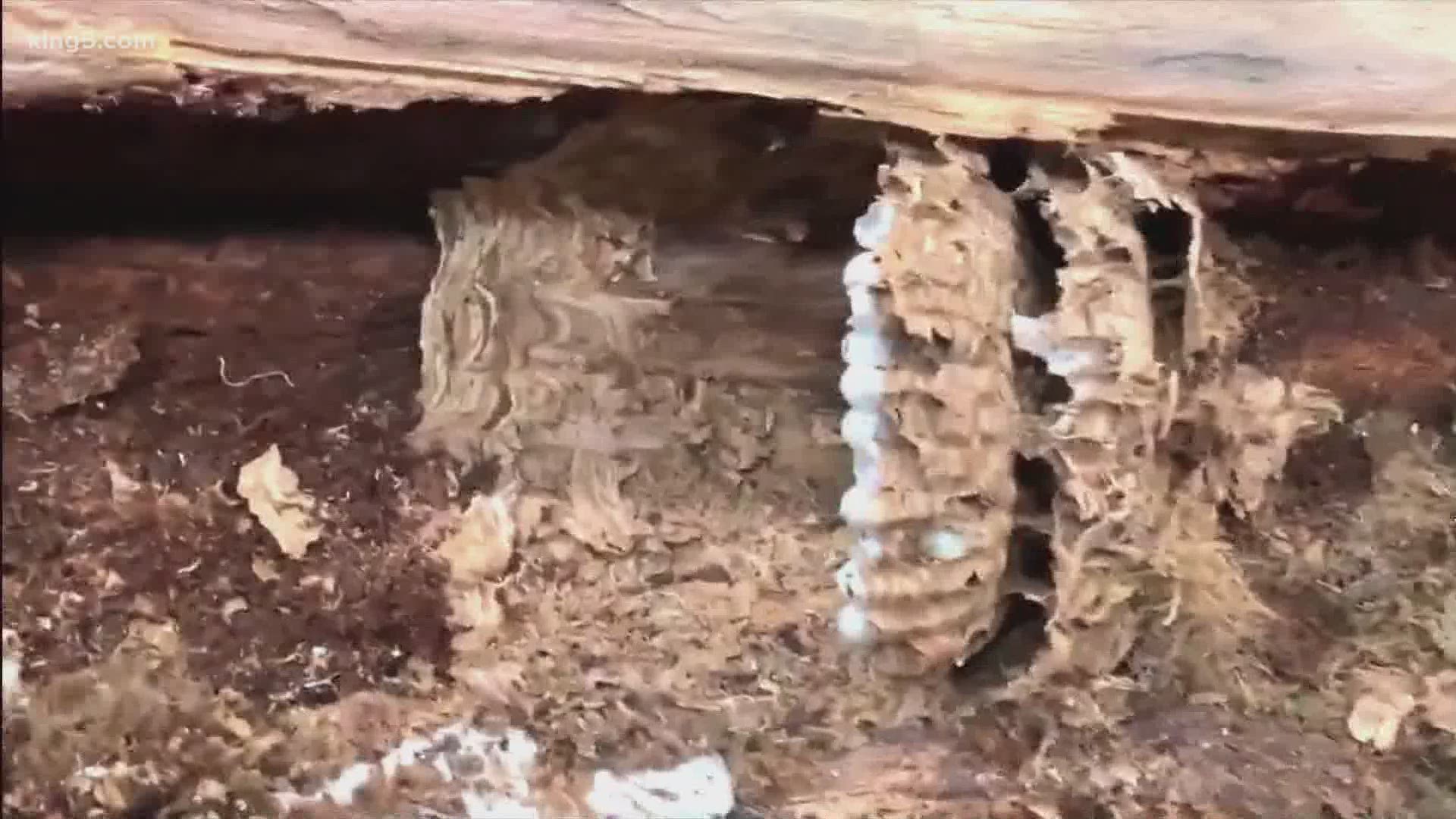 BLAINE, Wash. — The swing set Jaime Polinder's children play on is about 40 feet from where the first Asian giant hornet nest found in the United States was located.

Polinder is happy it was eradicated.

"I'm relieved that the nest is down and taken care of now," Polinder said. "And, hopefully, everybody keeps an eye out for them because there could be more."

The first giant hornet nest was found on Polinder's property in Whatcom County after the Washington State Department of Agriculture (WSDA) tracked it down by capturing a live hornet and tracing it back to that location.

The nest was discovered Oct. 22 in a tree cavity, about 10 feet up.

Heavily protected crews with WSDA eradicated the nest on Oct. 24 by vacuuming 85 hornets out of the nest. Thirteen live hornets were previously collected with a net while crews observed the nest.

Several days after 98 of the hornets were captured, entomologists discovered two Asian giant hornet queens in the same tree as the nest.

No one was stuck or attacked.

“While this is certainly a morale boost, this is only the start of our work to hopefully prevent the Asian giant hornet from gaining a foothold in the Pacific Northwest. We suspect there may be more nests in Whatcom County,” Spichiger said.

The Asian giant hornet was first spotted in Washington state in 2019. Since then, WSDA has been on the hunt for the invasive species, which kills bees and takes the bee larvae to feed their own young.

The WSDA is asking the public to report any Asian giant hornet sightings and is asking residents to pay close attention to the direction of flight, which could help researchers find the location of a nest.

The department asks residents to exercise extreme caution if you see one as their stingers are longer than native bees and hornets, they can sting repeatedly and their venom is more toxic. However, officials said the invasive hornets do not pose a significant threat to humans and pets.

Experts predict that if allowed to fly free, the aggressive and invasive species will only spread throughout the Northwest.