The tundra swans’ deaths are attributed to poisoning from mine waste contamination found in the wetland sediments where the birds forage. 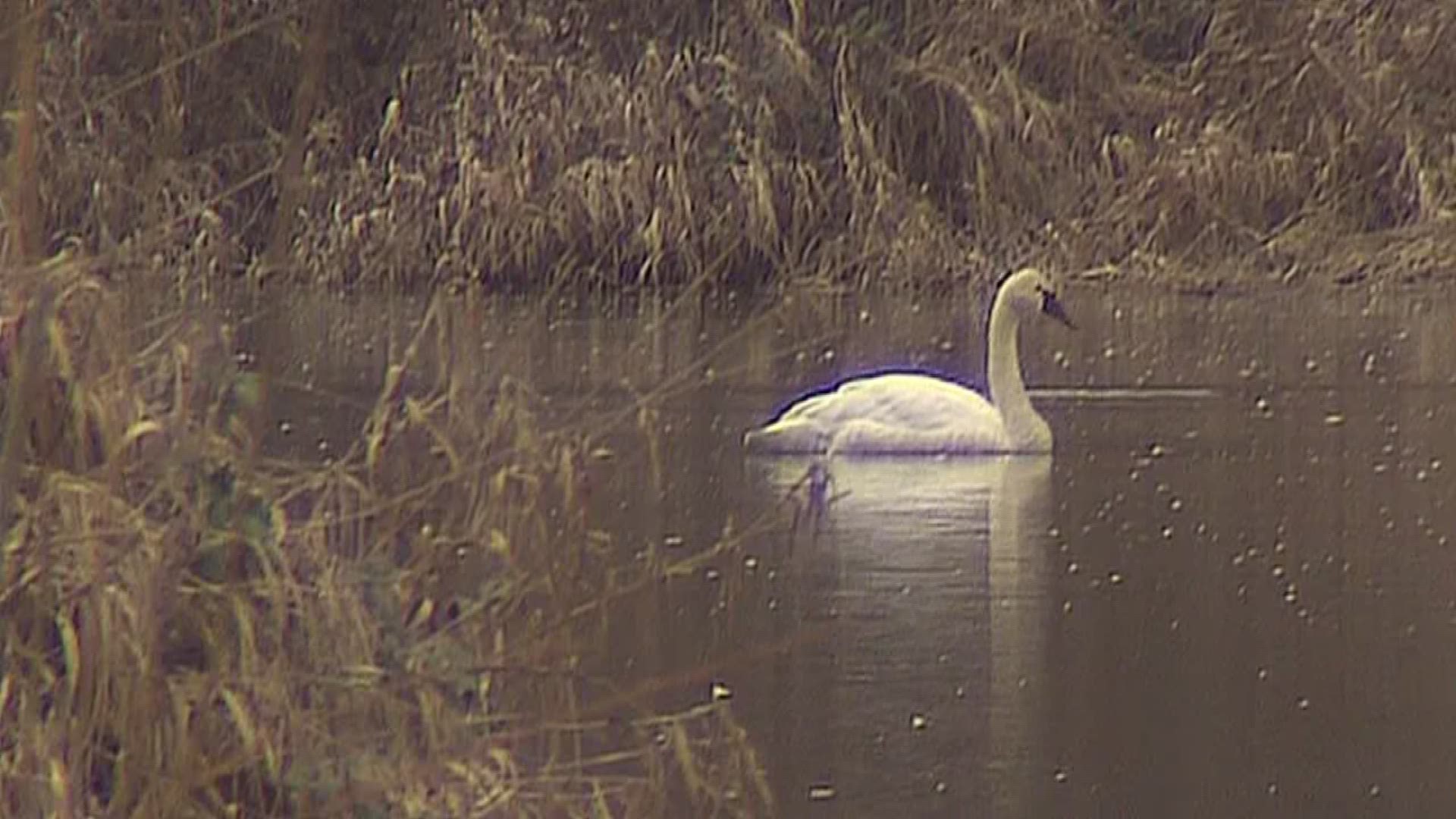 Idaho Fish and Game staff said they are working on cleanup and restoration efforts in the lower Coeur d’Alene River Basin after numerous calls about dead tundra swans in the area.

The swans’ deaths are attributed to poisoning from mine waste contamination found in the wetland sediments where the birds forage, according to Fish and Game staff. This particularly impacts the area around Harrison Slough.

Each spring, an average of 150 tundra swans are found dead or sick along the Coeur d’Alene River floodplain and this year is shaping up to be a noticeably bad season for the birds, according to Fish and Game.

This may be due to a combination of factors, including timing and distribution of ice melt, water levels in the floodplain and the length of time that migrating swans stayed in the area.

For most of the 20th century, mining waste was discharged into the Coeur d’Alene River and its tributaries, which caused metals like lead to accumulate in many of the marsh soils along the river.

About 95 percent of wetland habit in the lower Coeur d’Alene River Basin contains lead levels toxic to swans and other waterfowl, according to Fish and Game.

Tundra swans are particularly vulnerable to the historic mine waste because they burrow deep into the mud to feed on roots and tubers, according to Fish and Game. Short-term measures to prevent swan deaths include deterring them from landing in heavily contaminated areas and raising water levels to make it harder for birds to reach them.

In 2006, the Restoration Partnership led a 400-acree restoration project on private farm lands near Rose Lake, providing clean marsh habitat for swans and other wildlife. In 2015, Fish and Game specialists restored another 65 acres of wetlands near this area.

Efforts to reduce contamination exposure in tundra swans and other wildlife are led by the Restoration Partnership, of which Fish and Game is a partner.

In 2018, the Partnership completed a comprehensive restoration plan that laid out a strategic framework for restoring natural resources are impacted by the release of historic mine waste. Approximately $140 million is available from settlements to implement the plan.