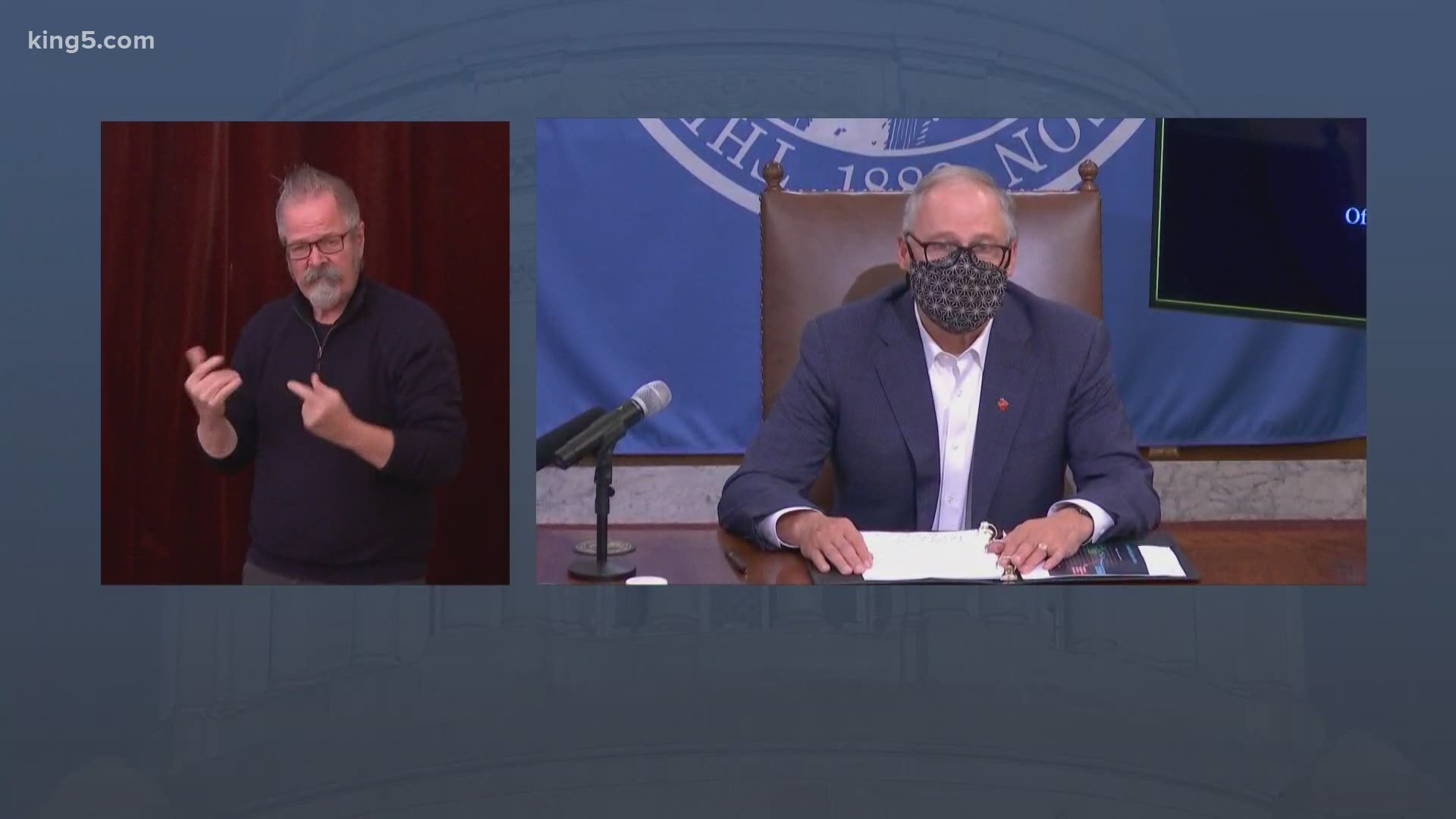 OLYMPIA, Wash. — Gov. Jay Inslee is proposing a bill that would create a "comprehensive climate program" to reduce emissions by 2030.

"With the last legislative session, we have done some really good work in our state, but it is clear that we need to move forward with these steps that we're going to meet our legislatively adopted requirements and our moral obligation to ourselves and our grandchildren," Inslee said at a press conference on Tuesday.

The bill, called the Climate Commitment Act, would establish principles and standards for a climate program that uses the best data and provides necessary authority, and more. It would cap greenhouse gas emissions for the state's largest-emitting industries and authorize the Department of Ecology to oversee a program that "ensures industries comply through the sale, tracking, and accounting of greenhouse gas credits (or allowances).

Proceeds from the sale of allowances would be placed in a climate investment account and used for investments in clean transportation, natural climate resilience solutions, clean energy transitions and assistance, and emissions reduction projects.

Additionally, Inslee is proposing $2.85 million for the Department of Ecology to implement a clean fuel standards program and expanding electric ferries and transit – including $318 million over four years for ferries and $15 million in capital grants to help electrify the transit system.

According to Inslee, most of the carbon emissions in the state are from the transportation sector, particularly with Washington State Ferries.

The state Legislature would need to approve Inslee's proposal in an upcoming session for it to become law.