Climate change has been discussed more often this presidential campaign than in previous years, and political experts say it's a smart play to woo young voters. 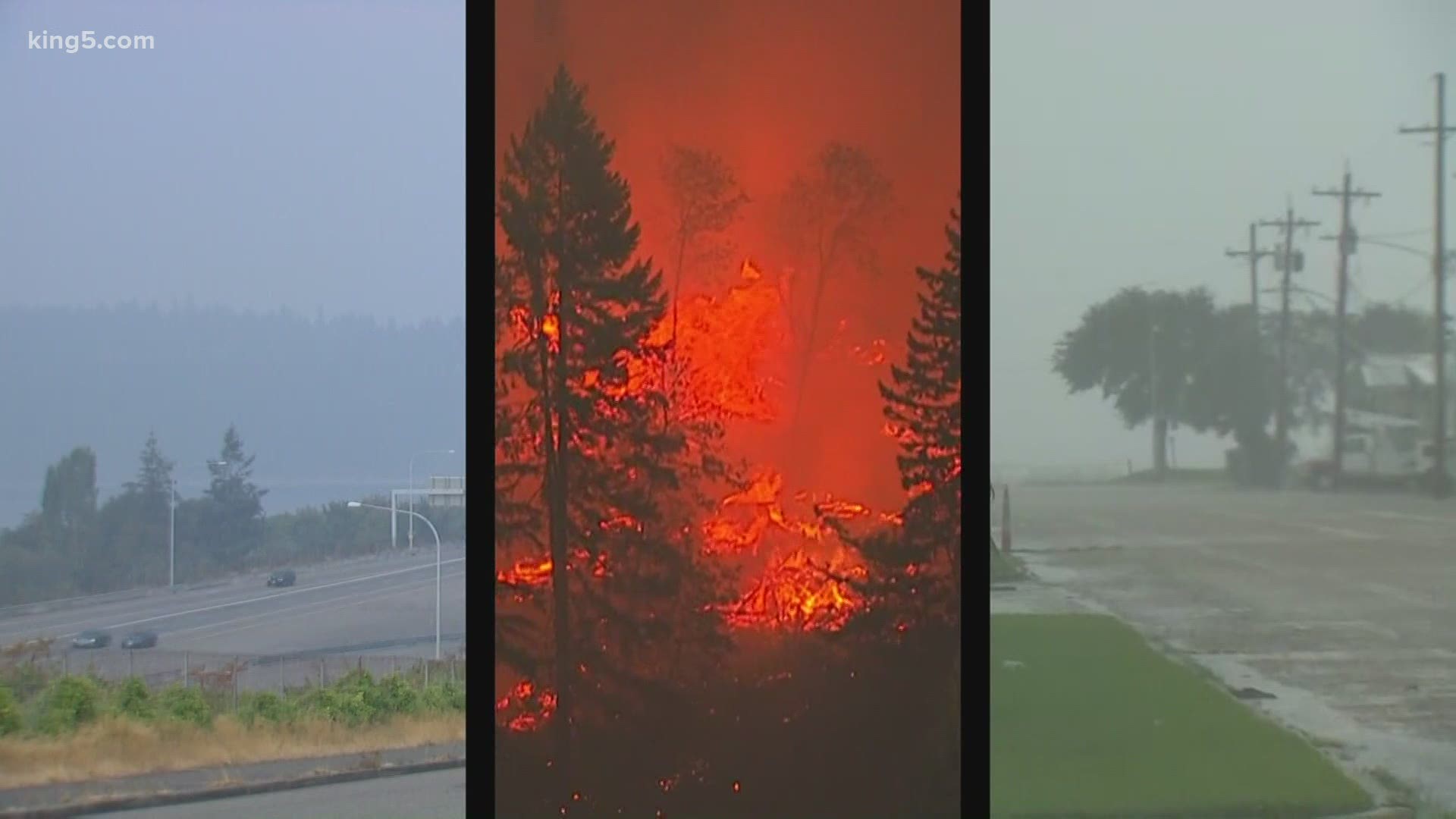 SEATTLE — Fires, smoke, hurricanes – 2020 has made it impossible to ignore the impacts of climate change. And notably, the candidates for president are discussing it more in the runup to the election.

“It seems to be finally coming into the race,” said Marco Lowe, a professor in the Master of Public Administration Program at Seattle University. “It’s always been a top issue for younger voters who are less likely to vote, and yet you’ve seen both parties practically ignore it.”

But in the final days of the campaign, the Biden team is making climate change part of their closing argument, with an ad targeting Trump’s denial on the subject.

Trump has acknowledged some of humans' role in climate change, though he still has faced criticism from scientists.

Some see this as a notable closing argument for the campaign, as climate change was a notoriously complex issue often avoided for simpler 'wins' in campaigns.

Biden has also faced tough questions on his position on fracking. The Trump administration also made its own environmental political salvo this week, removing federal endangered species protection from gray wolves, in a move that appealed to ranching and hunting interest groups, but angered conservationists.

“It made space for other electeds to get in there,” Lowe said. “It made campaigns start to focus on polling, researching themselves, ‘What is this guy out of Washington doing?’ And they saw it. Everybody had to come. I think he softened some of the GOP positions on climate change.”

He compared it to Howard Dean condemning the Iraq War during the 2004 campaign. Dean's bid didn’t pan out, but Lowe said it opened the door for other candidates to back the stance.

Amy Snover, director of the Climate Impacts Group at the University of Washington, said she’s never seen this much discussion on climate in an election.

Still, she believes voters want more. She said whenever people find out she works on climate issues, they grill her about the science, and ask how bad things will get.

“Because they're all really worried about it,” Snover said. “I feel like politics is finally catching up to that. People are way more concerned than politicians are acting like.”

She stressed the urgency of the issue. The science tells us if it’s not already too late to turn things around, we’re getting very close. And in her research, she finds that communities and businesses are not as prepared as they need to be for the impacts of climate change.

She wants to see candidates move beyond talk to action.

Lowe said the other driver on the discussion is the impact that people see and experience, for example, the smoky summers, a string of hurricanes and record wildfires.

“If you look out your window, you can see the change happening,” he said.

And he said as more young people get involved in elections, he expects them to demand more action on climate from their candidates, and the trend to continue.

“On all fronts, both parties should be racing ahead on this,” he said. “And with the scientists saying we have no time to waste.”