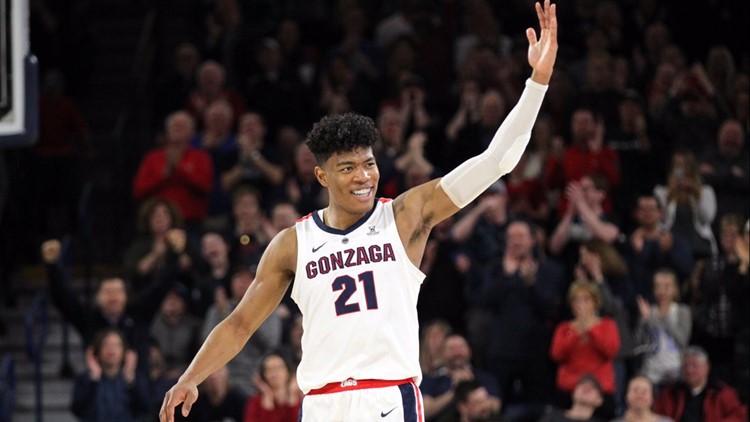 He finished with 14 points, 5 rebounds and 2 blocks.

Here are the best moments from his first bit of pro action.

The first Japanese born player taken in the first round of the NBA Draft scored his first bucket early in the game.

He got deep post position and scored, which is a familiar sight to Zags fans.

NO.2: HACHIMURA SHOWS ATHLETICISM ON ALLEY-OOP

In the third quarter, Hachimura found himself rising high for this alley-oop.

NO.1: HACHIMURA COMES UP WITH A MONSTER BLOCK

In the second quarter, Hachimura got up for this monster block to once again show off his athleticism.