Sophomore quarterback Jayden de Laura spoke with the media for the first time since he got to WSU on Friday. 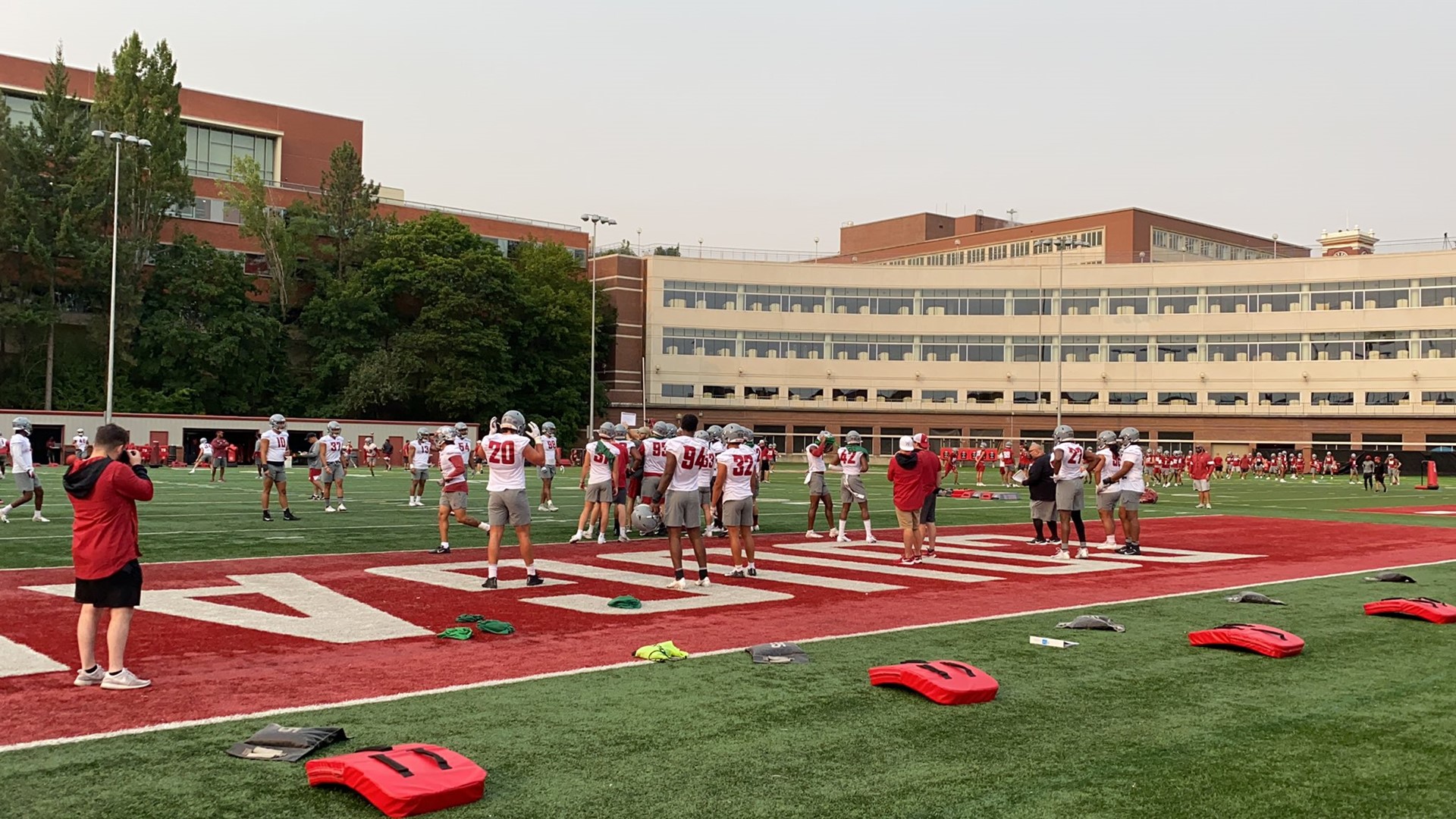 PULLMAN, Wash. — WSU held their first fall camp of the season on Friday. Here are a few of the storylines from Pullman:

After practice, sophomore quarterback Jayden de Laura spoke to the local media for the first time since he got to WSU. Nick Rolovich doesn't allow freshmen to speak.

Of course, de Laura is coming off of being found not guilty of suspicion of DUI.

"For me, it was just not really being selfish," De Laura said of what he learned from the incident in February. "Not just putting myself first but putting other people before me, like my family. Not making decisions just thinking of myself, but rather the team. I feel like that was the place I grew the most this off season."

De Laura also noted a conversation with his brother who told him that he needed to stop wasting his time in Pullman as a key moment over the past few months.

"For me it was just amazing to go out there and put on a jersey and get out there with the team again," said de Laura, who was suspended from spring camp due to his charge. "All and all, it was just really fun, and I'm glad to be back to business."

Jayden is once again fighting for his starting job at WSU.

He won the quarterback battle last year as a freshman, but this year there's a new guy in town in Tennessee grad transfer quarterback Jarrett Guarantano. Cammon Cooper also is in the running.

Nick Rolovich said he needed to watch film back to really get a clear view of how the quarterback battle went on Monday, but that the defense had the upper hand against the offense as a whole in seven-on-seven.

Running back Max Borghi has been a Coug for four years and has never been at a fall football camp that hasn't had a quarterback battle going on during it.

"I've learned that I'll never know who my quarterback will be until the day of, at least with Leach, not sure about Rolo," said Max about the quarterback battle, but noted later that he did know a bit earlier last year under Rolo. "Obviously, getting reps with many guys and many good players is really fun. I think it's going to be a great battle this fall camp. Obviously, three studs heading into it. Hopefully, we can figure one out really quickly just because I feel like personally, and for the team, I think it's best if we practice with the starting quarterback just so that we can get used to him and get in rhythm."

One of the things that stood out on Friday was the sheer size of this roster.

No, we're not talking about muscle.

We're talking about the amount of guys on it. The Cougs have 118 players this year. That's due to a lot of seniors taking their extra Covid year of eligibility.

It's led to some logistical changes as well.

"There's so many dude on this team. It's crazy," said Borghi with a laugh. "The locker room we had to extend, obviously. Unfortunately, we ripped out our game room. Well, we haven't played in our game room for a year because of Covid, but they ripped our game room out and threw a bunch of lockers in there. All the freshmen are in there so, welcome to college football."

Rolovich said there's been another locker room change as well.

"We've got a showering system going on and just trying to get them in and out. You feel bad for them because a lot of great memories are made in the locker room when you're together, but we don't have the ability to risk it right now," said Rolovich. 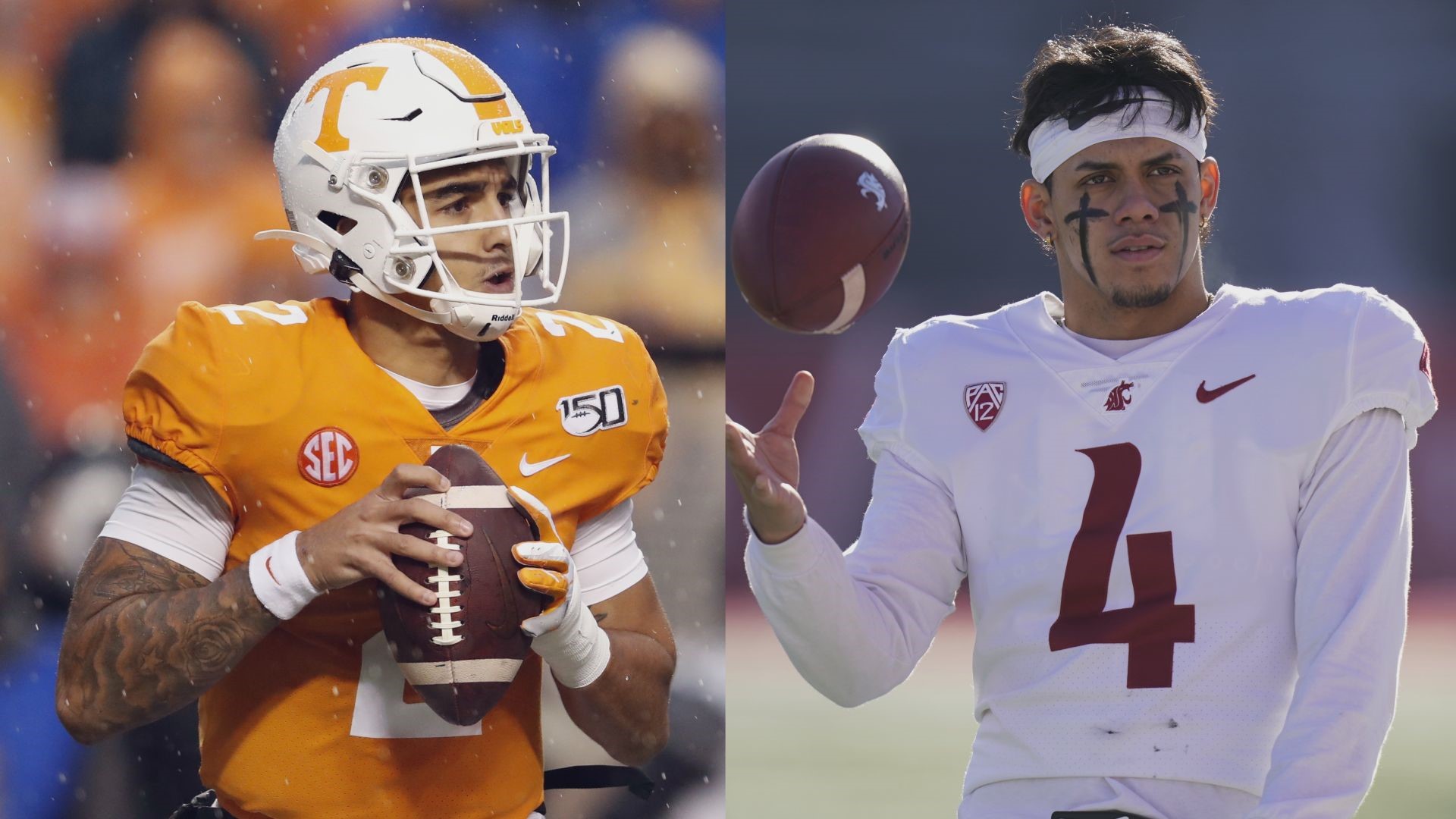