'I'm not going to talk about that': Nick Rolovich's press conference turns tense over his vaccine status

USC head coach Clay Helton was also fired during the press conference, which led to reporters informing Rolovich of the news in real time. WSU plays USC this week. 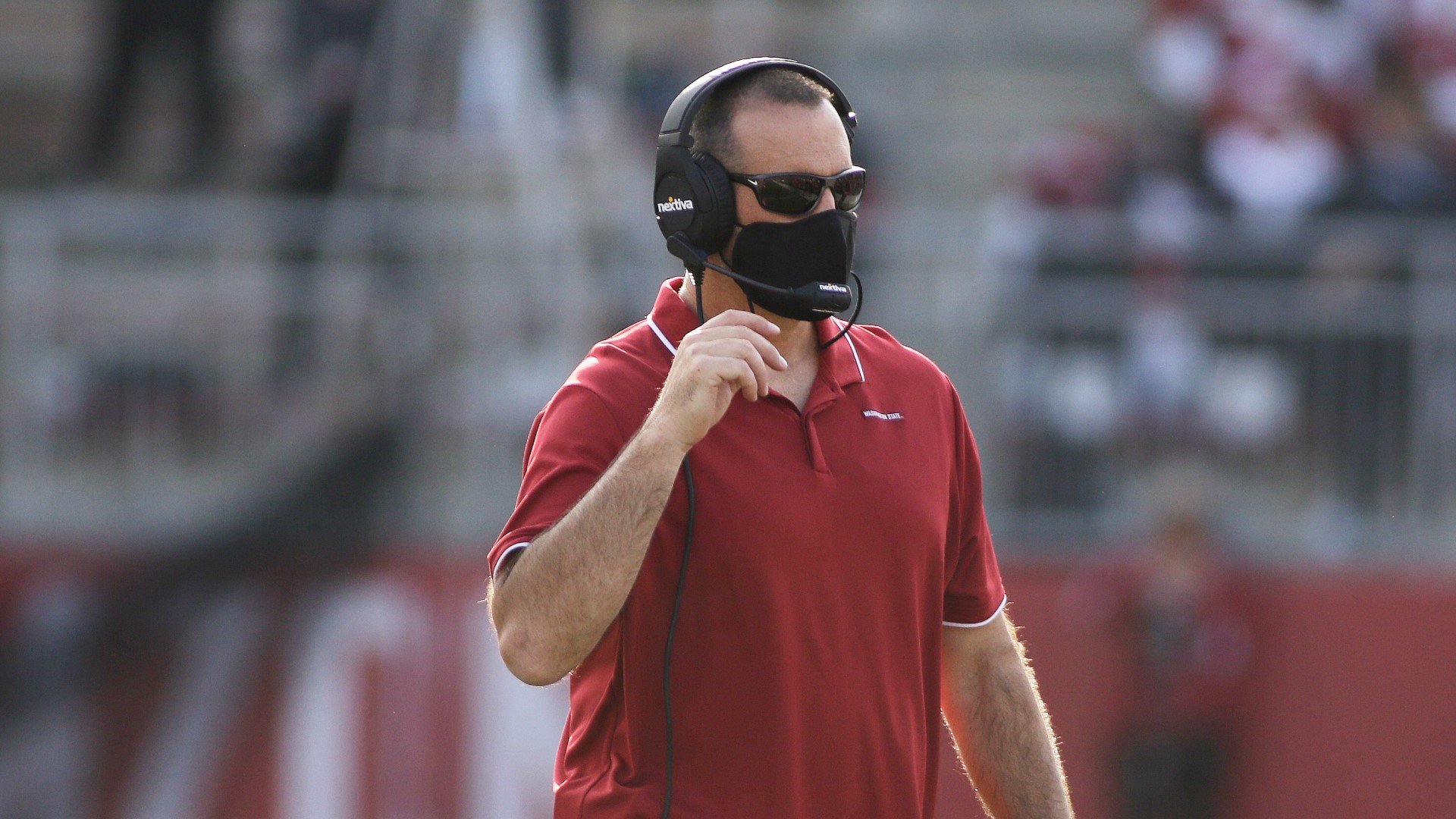 PULLMAN, Wash. — Nick Rolovich’s press conference on Monday started pretty tame but ended up being anything but that.

About mid-way through the press conference, USC head coach Clay Helton was fired-- WSU takes the Trojans on this weekend.

"Wow.... Wow," Rolovich responded when he was informed that Helton had been relieved of his duties. "It's definitely a, uh, crazy business we're in, especially as of late. Did some great things for that place. I know he cares about the kids. I wish him the best in the next part of his journey."

USC cornerbacks coach Donte Williams will take on interim head coaching responsibilities for the rest of the season.

As for how this affects WSU’s game against USC?

"That definitely throws a wrinkle in it, but that should not change our approach to the football game we have this weekend," said Rolovich.

In other coaching news that’s significant to WSU football fans, Billy Ray Stutzmann, brother of WSU offensive coordinator and quarterbacks coach Craig Stutzmann, left his job on Navy’s football staff today due to him being required to get the COVID-19 vaccine.

Craig Stutzmann has been seen wearing a mask at practice leading many to believe he is not vaccinated.

"That's up to Craig," said Rolovich when asked of his co-offensive coordinator's status. "But Billy Ray did a good job when he was working for us. I'm sure he'll find himself a home, but that's Craig's situation."

Of course, it’s well known that Rolovich has not come out publicly and said if he is going to get vaccinated. He has only said he is going to follow Inslee’s mandate.

He got more questions about that during the press conference as well.

"I still plan on, like what I said, following the mandate and doing what I need to do to be the coach here. That's all I can say about that," said Rolovich when asked if he had made a decision yet in terms of the mandate.

But that didn’t stop the questioning from getting more intense.

Here is the full transcript of the conversation:

Chris Daniels: "Have you received your shot or have you scheduled your shot?"

Nick Rolovich: "Yeah, I'm not going to talk about that, Chris. I understand what you guys are trying to get to."

Daniels: "Are you seeking a religious or medical exemption?"

Rolovich: "I'm not going to talk about that either, Chris."

Daniels: "What's been your hesitation with talking about it more forthcoming?"

Rolovich: "I don't know if it's all that positive to get deep into it with the media the way it's going. I'm just going to try to keep that to myself and concentrate on being the coach here."

Daniels: "Well there are people who have said that you should be suspended or terminated by Washington State University by your lack of a statement on this on whether or not you are going to get a shot or not."

Daniels: "There are people who are upset and would like some clarity from the highest paid employee in the state about whether they're going to get the shot or not."

Rolovich: "Okay, I understand that."

Daniels: "Will you get your shot or have you scheduled your shot?"

Rolovich: "I'm not going to answer that Chris and we're going to move forward with USC at this point."