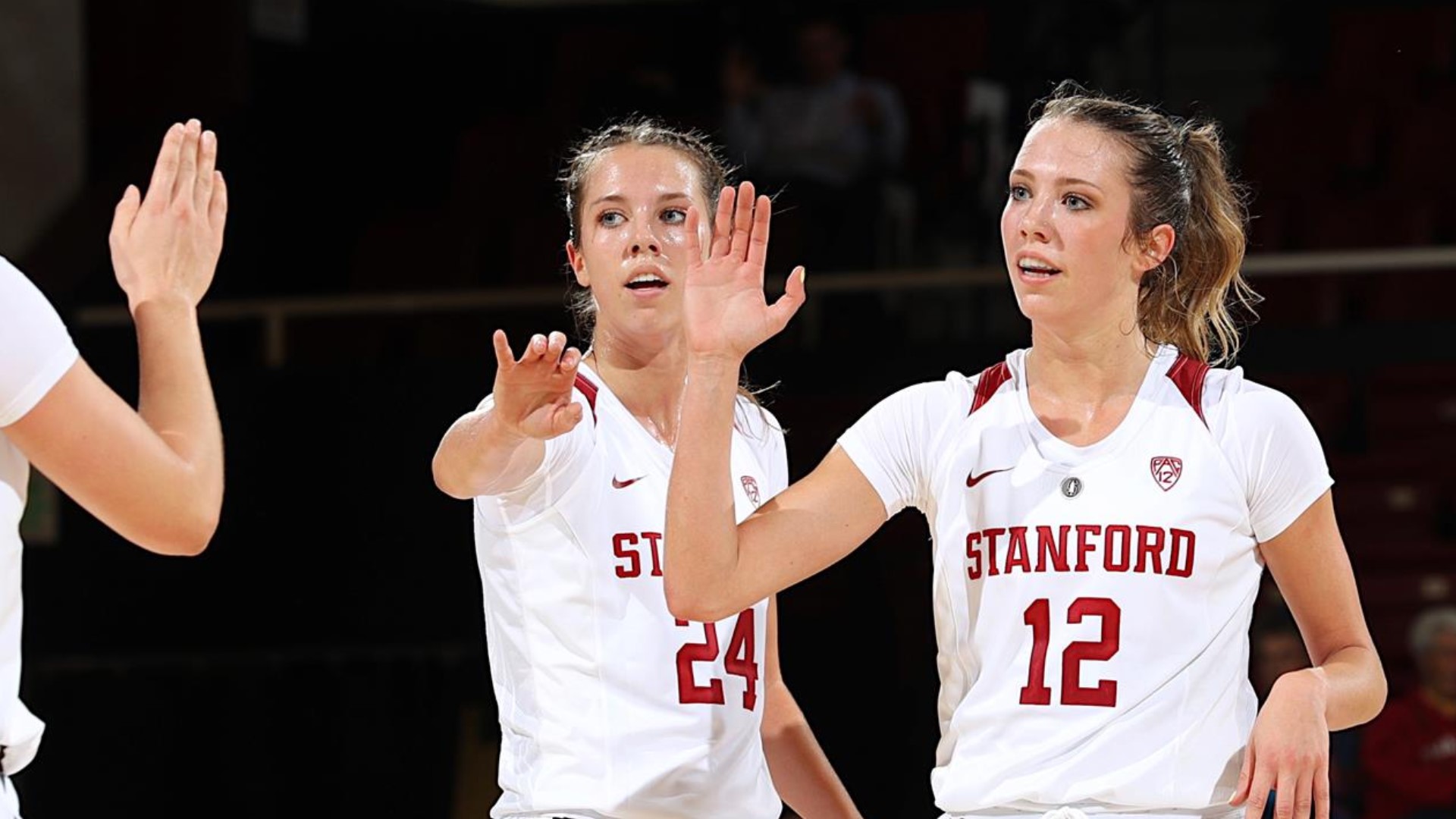 PULLMAN, Wash. — Have you ever had a Hall of Fame coach upset with you?

Lacie and Lexie Hull's mom have.

"I tell their mom I’m mad at her because she only had twins instead of triplets. I’d be happy to have a whole set of Hull twins on our team. They’re fantastic," said Stanford women's basketball head coach Tara VanDerveer.

Lacie and Lexie Hull have taken bigger rolls with Stanford this season.

"You don’t have to think as much now. At least I don’t. It’s more playing and going hard and I’m not worried as much about making a mistake," said the former state champion.

Meanwhile, Lexie is leading the team in scoring at 13.5 points per contest.

One of her best games this season came against Gonzaga, when she scored 20 points against the Bulldogs in the overtime affair.

Both her and Lacie agreed that getting that win over the Zags felt a little extra special, especially after Gonzaga defeated Stanford last year in Spokane.

"They’re tough. They’re very, very tough," reflected Lexie. "You saw that last year when we lost to them. To be able to redeem ourselves this year and come out with a win, especially at home and having it be such a competitive game, it was very special. Playing against people we’ve played with, that’s really cool too. That was a tough one. I think we learned a lot from that game."

"Every time we play Gonzaga, it’s going to be a good game and we’ll always learn something from it," said Lacie. "It feels good to get payback from last year, and it’ll be fun to play in Spokane next year too."

There’s a huge reason why that will be fun.

"The support I feel, and I’m sure Lex feels the same way, is just incredible," said Lacie. "In high school, you just knew there were so many people supporting you even if they didn’t go to CV or didn’t support CV, Spokane supports women's basketball in general so that feels really special."

As members of the No. 6 ranked team in the country, the duo have their sights set on a special goal this year as well.