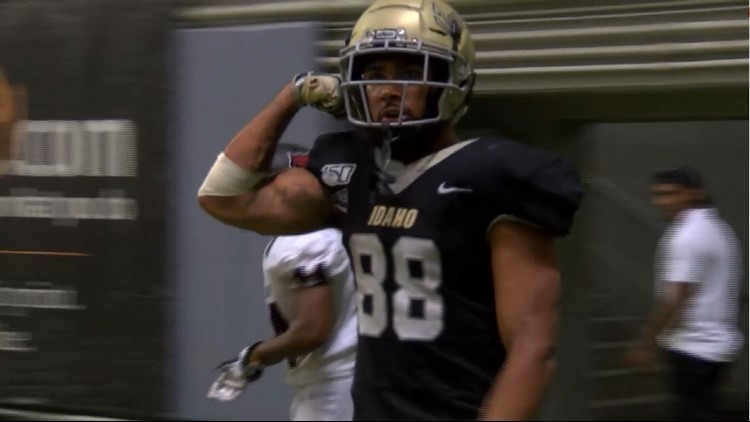 MOSCOW, Idaho — Idaho wide receiver Jeff Cotton balled out in the Vandals' 41-31 win over Central Washington on Saturday inside the Kibbie Dome.

Cotton finished the game with 16 receptions, which is the second all-time by a player at Idaho in a single game. It was just one shy of the top spot in a record set back in 1969. He had 145 yards and two touchdowns to go with it.

Running back Aundre Carter also had a solid game for the Vandals with 17 carries, 123 yards and two touchdowns.

Idaho will be on the road to take Wyoming on September 14.