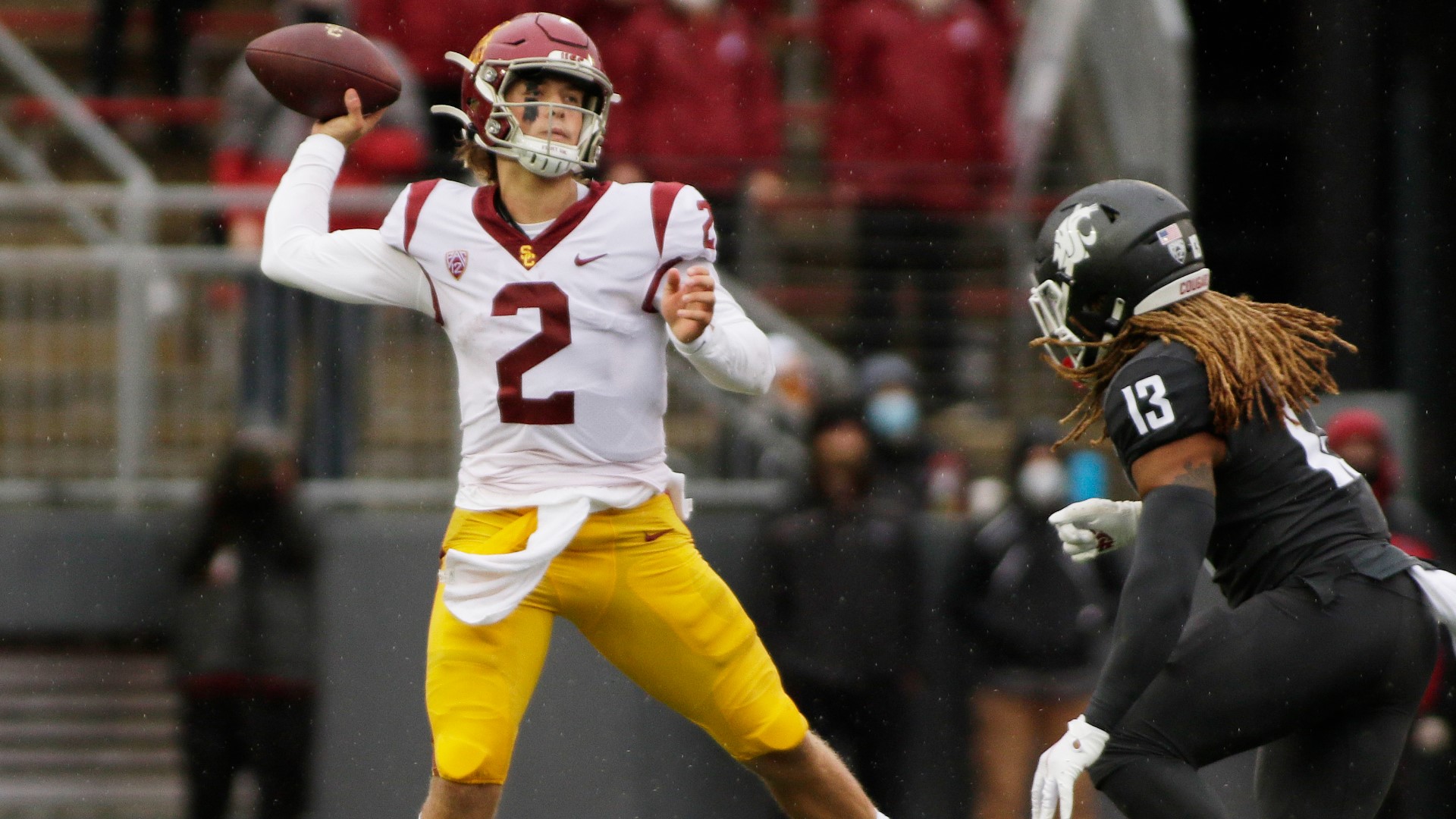 PULLMAN, Wash. — Freshman quarterback Jaxson Dart came off the bench to throw four touchdown passes as Southern California rebounded from last weekend’s tough loss to Stanford, and the subsequent firing of coach Clay Helton, with a 45-14 victory over Washington State.

Dart replaced an injured Kedon Slovis on the second series of the game. He completed 30 of 46 passes for 391 yards, with two interceptions, as Southern California won in its first game under interim coach Donte Williams, the first Black head coach in program history.

Jayden de Laura threw for 117 yards and a pair of touchdowns for Washington State, which jumped to a 14-0 lead and then watched the Trojans score 45 unanswered points.

De Laura apparently was injured at the end of the first quarter and only played one series in the second half. That series was in the middle of the third quarter and resulted in an interception.

Nick Rolovich didn't elaborate much further on the severity of de Laura's injury after the game. However, de Laura did have a slight limp when walking off the field.

This marks the fourth comeback WSU has allowed in the seven games Nick Rolovich has been at the helm.

After the game Rolovich admitted that he was unaware of that fact.

"We definitely need to pick up our red zone game, our third downs, offensively, we haven't been great in backed up situations. I appreciate you bringing that up and we'll look at it and discuss it," said Rolovich.

Watch the video at the top of the story to hear more from Rolovich and also an insightful quote from WSU offensive lineman Abe Lucas on the Cougs struggles to complete a full game.