Drew's parents estimate there will be more than 200 people in the stands cheering on their son when Gonzaga and Virginia tip on Saturday. 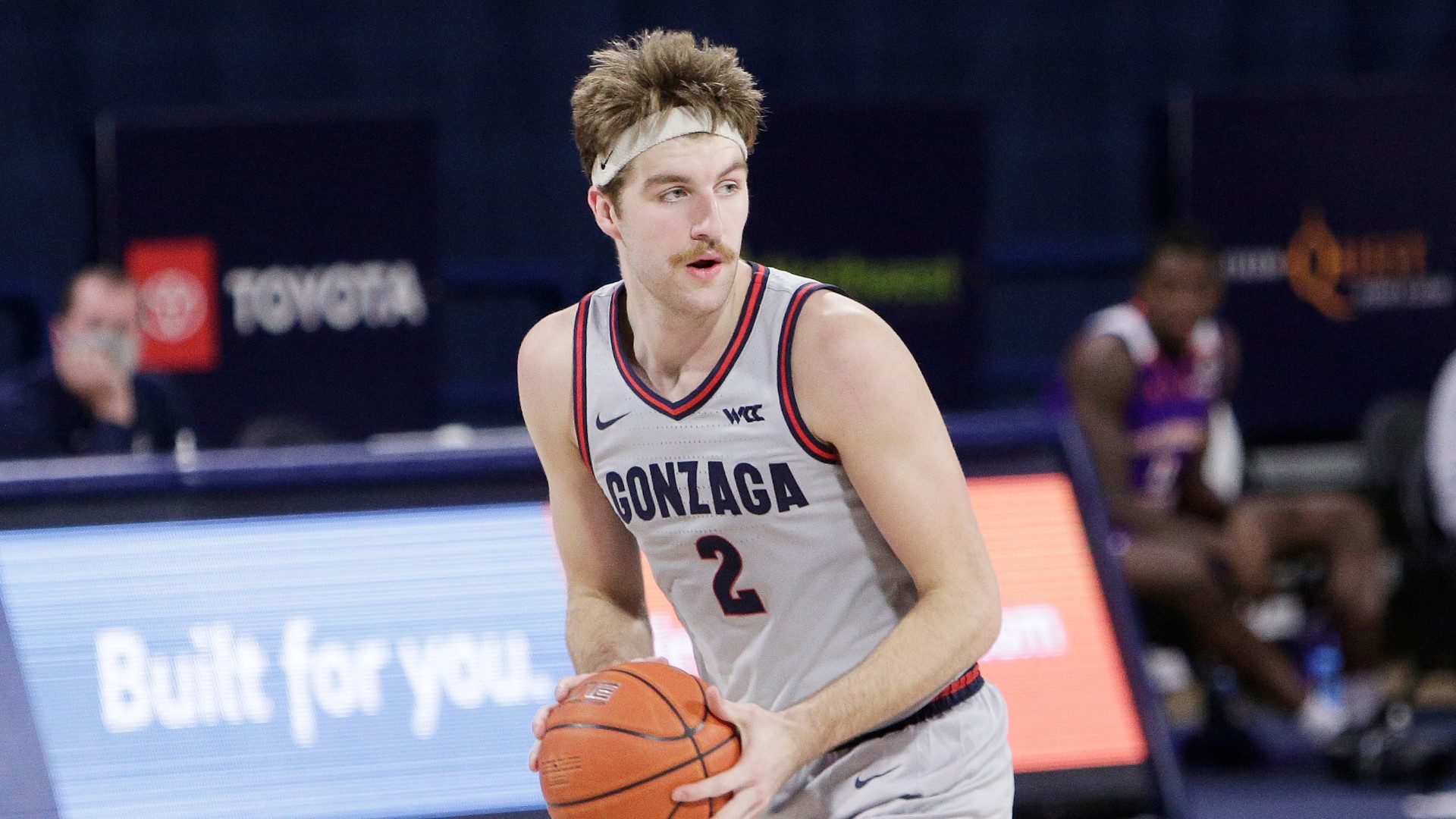 SPOKANE, Wash. — A few weeks ago, Drew Timme's family thought they'd be spending their first Christmas ever without their son.

Now they not only get to spend Christmas with Drew, but they get to watch him play in his backyard against No. 17 ranked Virginia on Saturday.

"Oh my gosh. So exciting. I can’t even describe how exciting. I don’t care what else happens during this break. It will forever by my favorite," said Drew's mom, Megan, of receiving the news that Gonzaga would be playing Virginia in Fort Worth.

"It was a nice Christmas present. I’m a big homebody guy. I love Texas, I love Dallas, I love my family, my friends, everyone, and I didn’t think I was going to get to see them all until this summer so it was a big surprise. I’m really grateful for that," said Drew, who hails from the Dallas-Fort Worth area.

Drew did give his mom a brief heads up before the announcement dropped that something was coming soon that she’d be happy about.

But don’t get it twisted. Megan knows who she should thank.

"I think he was trying to sell that as my Christmas present from him because, you know, what’s easier than piggy backing on someone else’s decision," she said with a laugh.

Whoever made the decision most likely did not realize that this neutral court game may not be so neutral. The Timme parents estimate there will be more than 200 fans in the stands cheering on their son.

"Half the city maybe if they can get in. Maybe all the city? I don’t know. Just a lot. Might feel like a bit of a home game for us," said Drew with a big smile plastered on his face.

Those fans will be gifted with Timme’s presence, which includes a new accessory on his face.

"That’s the other Christmas present he got his mother that came a little early this year," said Drew's dad, Matt.

Megan has been vocal about her disdain for Drew’s new mustache.

Hey Santa- I have been super good this year!! I have a last minute request! 😂😂😂😂 pic.twitter.com/ofEhz9z5G4

Drew said during media availability after Gonzaga’s win over Northwestern State on Tuesday that he’s unsure if he’ll keep it for the Virginia game.

After raising him for 20 years, Megan is prepared for anything.

"He’s Drew and Drew’s going to be Drew. You can’t stop it. You can only hope to contain it. At least it’s not handle bars, I guess?" said Megan.

But that doesn’t mean she has to like it.

"He can style it and profile it and do whatever he needs to do with it along as he plays well with it, and it’s working for him," said Matt.

Fans can watch the Bulldogs take on the Cavaliers at 1 p.m. on Saturday, Dec. 26 on KREM 2.