The win advanced them to the Elite Eight, which is still the furthest the Gonzaga women have gotten in the tournament. 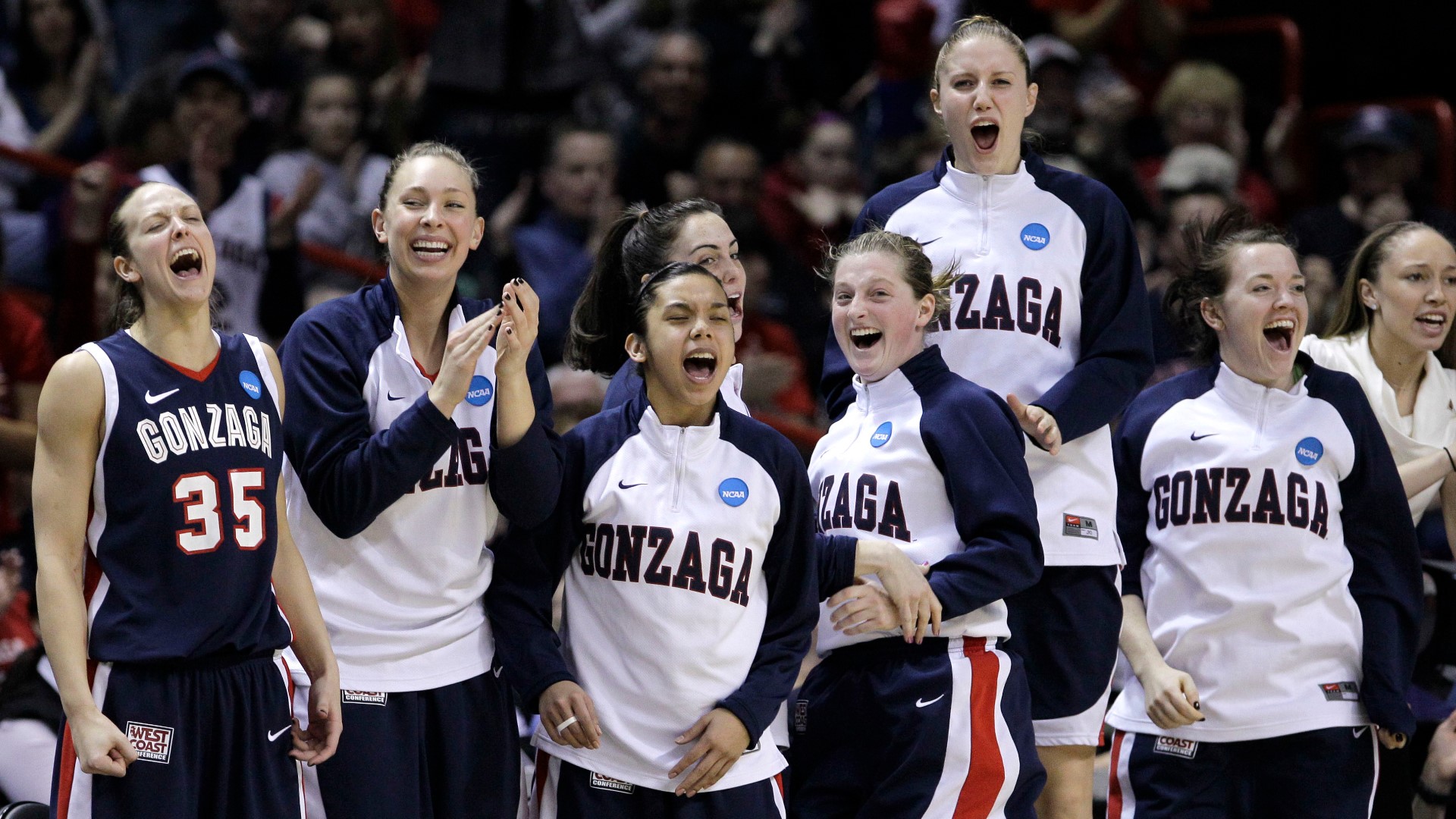 SPOKANE, Wash. — The Gonzaga women had a magical run in the spring of 2011 in the NCAA Tournament. They hosted the first and second rounds in the McCarthey Athletic Center and then played in the Sweet 16 and the Elite Eight in Spokane Arena. As an 11th seed, they still remain the lowest seed ever to advance to an Elite Eight in the history of the NCAA women's basketball tournament.

Kelly Graves, Gonzaga head coach: It was pretty loud. Now, as you well know, The Kennel fully packed and engaged and energized is very loud too. Now, double that and that’s what you had at the arena that night. I think they felt that there was going to be something special happening and that they would be apart of it.

Shannon Reader, Gonzaga forward: The crowd was unreal. The environment was deafening. It was really fun to put on a display for Spokane and for the women’s basketball world to know how special Spokane was and how special this team was to this city and this community.

Courtney Vandersloot, Gonzaga guard: Oh, it was incredible. I’m so happy and fortunate that that was my last experience playing college basketball because I have this amazing feeling about playing in Spokane, in front of all those fans. We sold out The Kennel night in and night out, and it was never like that. When you add 4,000 more people and you play in front of all those Gonzaga fans, it’s unbelievable. For me to be able to hold on to that as the last hurray is really special.

Graves: Courtney was incredible during the NCAA Tournament that year. She just got on one of those rolls and just became unstoppable. She was just on a magical run and it continued against Louisville. She was unstoppable. I still remember a quote and I had it recorded on my phone way back when. Debbie Antonelli, who was doing the call, she said, “My goodness, this kid can do whatever she wants.” And it was the truth.

Vandersloot: Man, it was like a dream. I was playing at this level that I really feel like if I didn’t, I wouldn’t be where I am today. That was a huge stepping stone for my career. It finally all started clicking and coming together at the right time. I really felt like I was the head of the snake, and I needed to lead this team. We had put so much work in together to get to where we are and we wanted to be somewhere else. At that point I was like, “Okay, it’s now or never.”

Reader: You know those moments when you watch someone and they’re in the zone and you don’t know how to explain it? They just have that fire and drive? It’s still difficult to describe.

Vandersloot: It was more intense than usual games. High emotion, like all of us when anything was happening. I remember and ones and seeing Janelle and Kelly Bowen flexing. Those are things that those players don’t usually do. They’re even keeled. and I just remember the intensity and emotion of the game being at an all-time high.

Reader: There are a ton of photos of us on the sideline at the end of that game as teammates and we were interlocked arms and fingers and everything. Just like praying that our free throws were going to go in at the end of the game. I think we went on a big dry spell in the second half and just like hoping and praying that at some point the lid would come off the basket.

Vandersloot: When the buzzer rang, that was the point where I was like, “Okay, we did it, we got it, we made it through.” It was such a good feeling too, an exciting feeling. It was almost like one of those games where we did everything that we could. We laid it all out on the floor and we deserved to win that game, which was a really good feeling.

Graves: I always get the question, "What are your favorite moments as a coach?" There was one after that Louisville game. After the game we celebrated, we shook hands with the other team, the team left the court, I stayed on because Courtney was being interviewed by ESPN. I still remember after she was done she started kind of jogging back to our side of the court to leave the court and she saw me waiting for her. She went off into a dead sprint, jumped into my arms to have a big hug. It was a reminder of really pure joy. In that moment, both me as a coach and her as a player, were living what it means to be completely joyful in a moment. I will never forget that hug. To me that epitomizes really what we do as a profession. Her dream was party fulfilled that night, and that’s what we do. We’re in the business of helping create dreams that come true for our players.

Vandersloot: That moment I can’t forget. It’s engraved into my brain. He meant so much to me, to my career, so to have him wrap his arms around me and just feel it was more than just basketball for us. That’s how he is with all of his players. It was just so much love, and I felt incredibly blessed in that moment.

Reader: We set team goals at the beginning of every year and our team goal that year was to make it to the Elite Eight. Kelly wrote it on the board every single game from the start of our season until that last game of Elite Eight. It was in bold and big in the corner of every single board that he put forth for every game. We got back into the locker room after that buzzer went off and it was like, “Oh god.” We see this big board that says Elite Eight and it was like, “Well, now we have a new goal.”

Graves: I don’t do that now partly because we were good enough to move on after that game. I think I learned a lesson that I don’t want to put limits on my team. So I don’t put those kind of sayings on the board each time because who’s to say we couldn’t have won another game and continued to move on? We had that kind of team, and we were riding on that kind of a magic carpet during that tournament.

Vandersloot: When we made that goal, that was a really reached out goal for us. Nobody outside of the room believed that that was even possible. In hindsight, yes, I agree with him, but at the time it just felt like that was our national championship.

Reader: The more time that passes, the more you realize that we were one of eight teams. I think every year when the NCAA Tournament comes around you kind of re-up yourself to remember that. Like, “Oh, at one point in my career, I was a part of one team of only eight remaining in the NCAA Tournament.” Like that’s pretty, pretty cool.

Vandersloot: I don’t have a Final Four on my resume, a national championship on my resume, and I’m completely okay because I think what we accomplished as that group in my mind was equivalent. We were able to take a team that no one really believed in, and we had a chance to make a Final Four.

Graves: I think it’s really special to be part of that kind of history. Like I said, it’s still the lowest seed (11th) to ever get to the Elite Eight in women’s basketball.

Reader: For us during that time we just felt like we were kids playing the game we loved with really great people and a really great community. As years and years have passed, I really am realizing how special it was and how special Gonzaga is.

Graves: By golly, we did it.

RELATED: 'Everything happened in slo-mo': An oral history of Jordan Mathews' three against West Virginia

RELATED: 'At first, it was just really hard': Killian Tillie reflects on his Gonzaga career coming to a close