'What kind of mythical powers does a Sun Devil have?': Watch Mike Leach weigh in on Pac-12 mascot battle 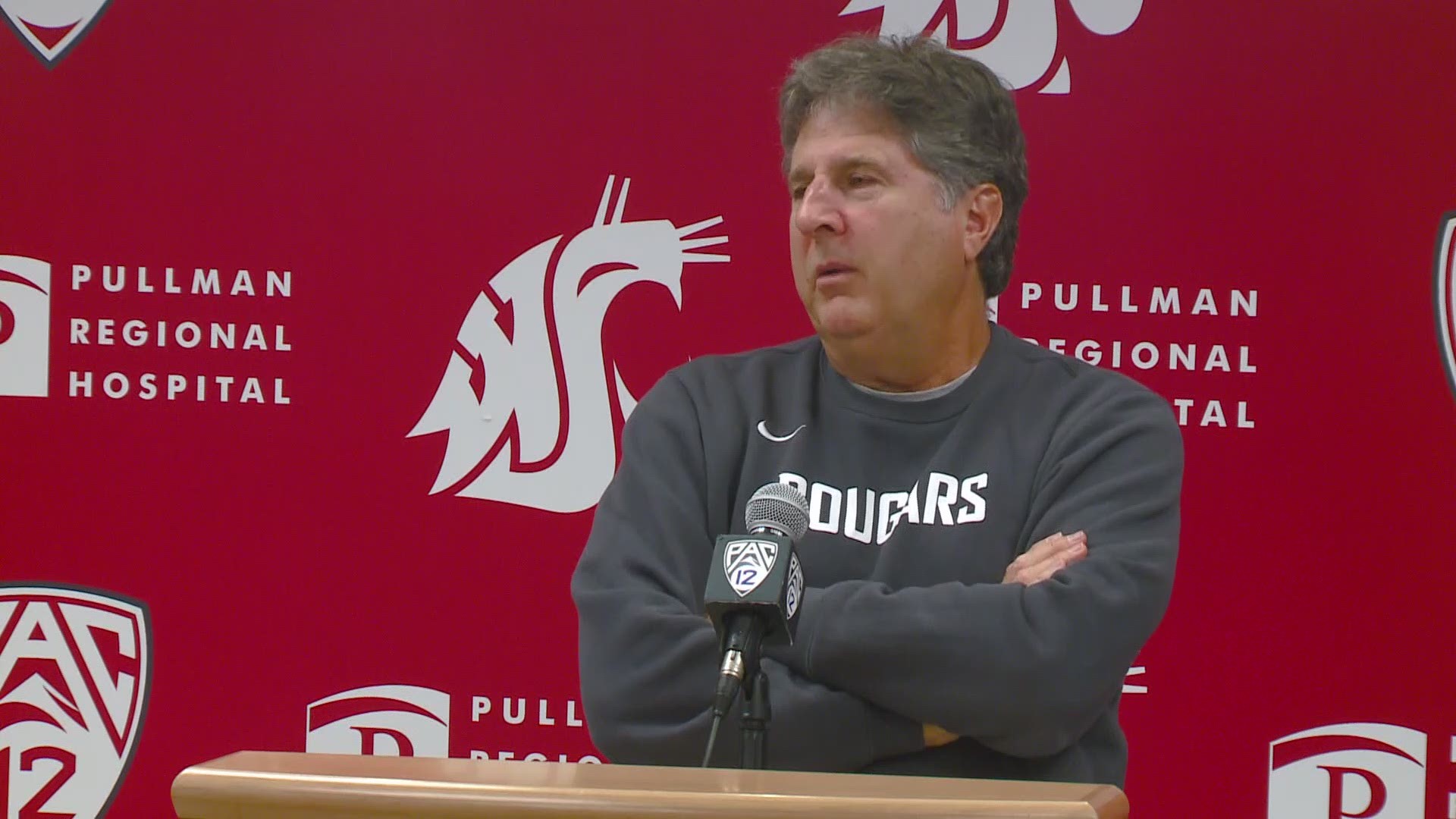 Editor's Note: The above video is from our sister station KREM 2 News.

Have you ever thought about what would happen if the mascots of each Pac-12 team actually went head-to-head?

Leach's first remark on the subject as he addressed reporters questioned Sparky the Sun Devil's powers.

"What kind of mythical powers does the Sun Devil have we've got to consider that," Leach wondered.

The Cougars head coach quickly dismissed the likes of the University of Arizona Wildcats, University of Washington Huskies and the Oregon Ducks.

He added the Oregon State Beavers may have a chance if they hide under water. And as for the Stanford Trees---forget about it.

But what seemed to baffle Leach was how to actually kill a Sun Devil.

"You have to get one of those Harry Potter activists to read up on how you kill a Sun Devil because there's a lot of outside stuff there," Leach remarked.

A mascot death match could have been a lot different for Arizona State looking back. ASU was once represented by a owl and a bulldog.  The university adopted the new mascot in 1946.

No word on whether Sparky's creators gave him mythical powers that'll help him take down his Pac-12 conference opponents though. That is left to the athletes.