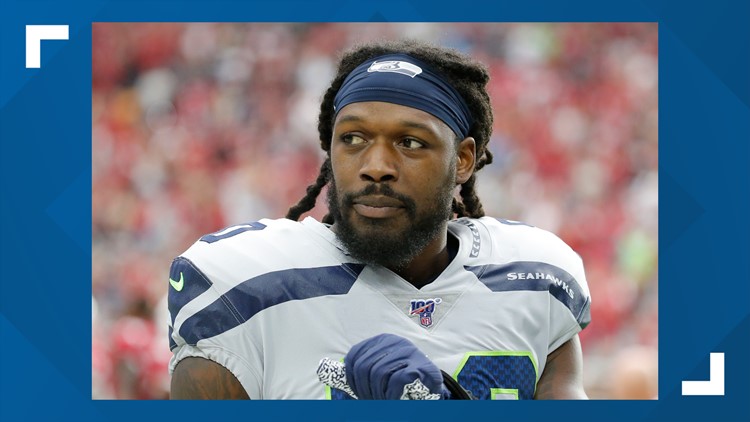 SEATTLE — The NFL Draft is a little under two weeks away now and it's almost time for the Seattle Seahawks to be on the clock.

KREM 2's Karthik Venkataraman spoke with the Tacoma News Tribune Seahawks beat writer Gregg Bell to talk about the offseason so far as well as what the Seahawks might do with its first pick in the NFL Draft.

The offseason has been fairly uneventful as far as big splash pick ups go in free agency. That's not that concerning though, considering this is general manager John Schneider's strategy yearly, signing players usually in the second wave of free agency.

Many fans are waiting for every and any piece of news on defensive lineman Jadeveon Clowney and whether the Seahawks will resign him. There haven't been many updates on that front since Clowney's camp leaked a report saying the star pass rusher would accept less money than he originally asked for in contract negotiations.

However, the Seahawks and Clowney haven't hammered out a deal.

The team has inquired about top level pass rushers such as Everson Griffen with the Minnesota Vikings as well, but right now it’s wait and see.

“They've got about $12 million in salary cap space, so if Clowney does resign or if they got get someone else, they will have to release somebody and renegotiate to get more cap space." Bell said.

The Seahawks have made some free agency moves though. Bell said his favorite move of the offseason so far has been the addition of wide receiver Phillip Dorsett.

“He has the piece the Seahawks really have lacked recently," Bell said. "Tyler Lockett can now be more of an underneath guy, D.K. Metcalf can be more of the physical type receiver that they want to move around more in their second year, but the one deep ball guy who can stretch defenses with elite speed, now you got one with Dorsett."

But Bell also noted, while it's a nice addition, this team needs solid pass rushers.

“It doesn't matter what other pieces they have and what other additions they make," he said. "If the pass rush doesn't improve this year they won't go to a Super Bowl, they won't have home playoff games."

Seattle could look to the NFL Draft for help, but Bell said the quality of who they could get late first round is an issue.

Two of the past three seasons, the Seahawks have taken pass rushers in the first round. Malik McDowell never played a game for the team. L.J. Collier dealt with injuries last season, only played five games, and it wasn't ideal.

Bell said he expects the Seahawks to trade down again like they have the past several years. There’s one guy he thinks could help bulk up the pass rush.

“There's a guy named Ross Blacklock from TCU who fits their profile as a defensive tackle," he said. "He has the size, width speed to run the field, a Poona Ford type in terms of motor and running the field. He's big, he has pass rush ability, I could see him being picked if the Seahawks traded down and took a defensive tackle like that."

RELATED: Life after NFL: What 5 former Seahawks are doing post-football