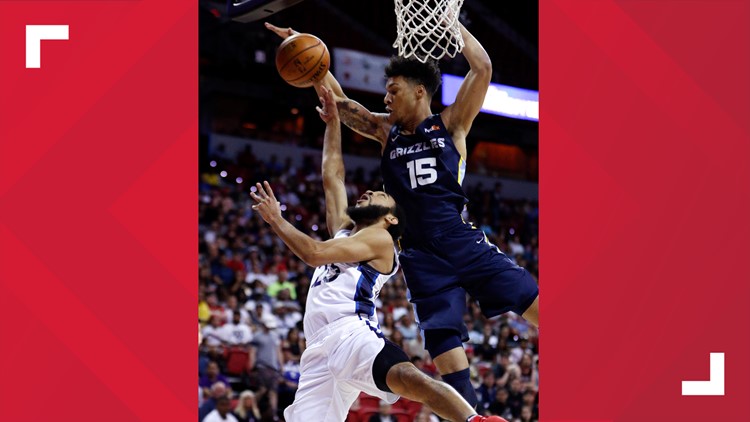 Clarke had 15 points, 16 rebounds and three blocks in the final.

Clarke scored the first points of the game for the Grizzlies by making a three-pointer from the corner.

He had this steal and spin move to go coast-to-coast.

Clarke was also out hustling people as he often did at Gonzaga.

He had this monster block.

Clarke and Harvey got the Grizzlies off to a fast start by combining for the first nine of the team's points.

The team didn't lose one game in Summer League en route to winning it all.