Who is funding the Washington statewide initiatives on the November ballot

There are four statewide initiatives on the ballot. 2 On Your Side looks into who is funding them. 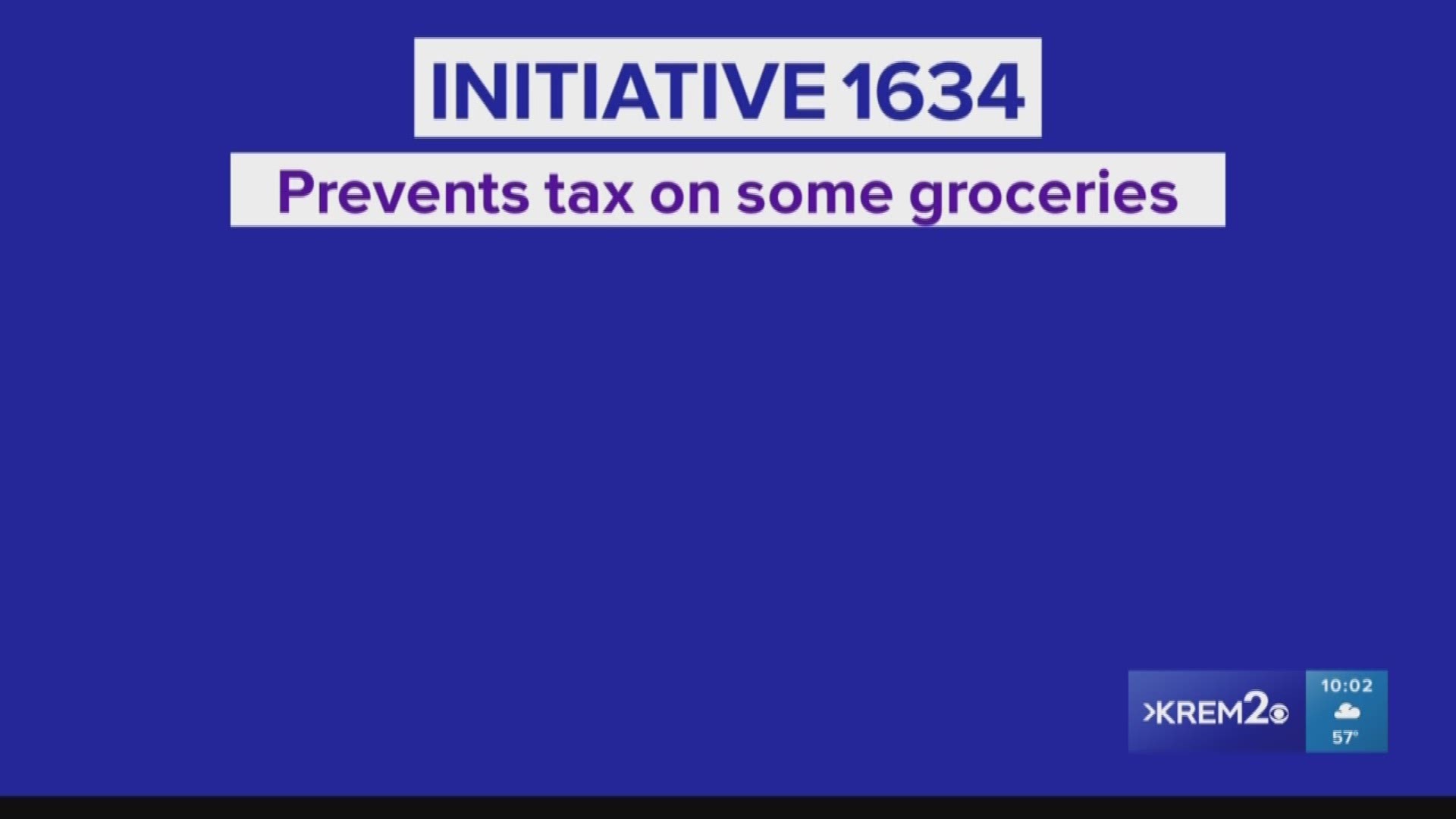 In the upcoming midterm elections, Washington voters will see four statewide initiatives on their ballot. One thing you may notice about ballot measures: the actual text usually doesn't tell you a whole lot. Often, they're worded in a way that makes them seem like no-brainers. But figuring out what these initiatives will actually do can be a surprisingly tricky task. One way to find out who they'll affect is to find out: who's paying for them? Who's funding the campaigns for these measures? And who's funding the campaigns against?

First, let's look at I-1631. It wants to create a fee on companies that emit a lot of greenhouse gasses.

The committee behind it is Clean Air Clean Energy Washington. They've raised about $6 million. By far its largest donor: an environmental group based in the DC area called The Nature Conservancy. It also got donations from other environmental groups, as well as various rich people.

Next, I-1634. This one would prevent any city or county from creating a tax on certain groceries, most notably soda.

Behind this campaign: Yes to Affordable Groceries. They've raised around $13 million. Nearly all of that comes from the major soda companies, plus Red Bull.

On the opposing side, there's not really anybody. The Healthy Kids Coalition exists, but has reported less than $2,000 raised.

Now onto I-1639. This one would add a bunch of gun control measures.

Funding the campaign: Safe Schools Safe Communities, with about $4.5 million raised. The biggest contributor? Paul Allen, co-founder of Microsoft and owner of the Seahawks and Blazers. Several other wealthy people have also donated.

On the other side: Washingtonians and the National Rifle Association for Freedom. They haven’t raised very much, just under $200,000, almost all of that coming from the NRA.

Finally: I-940. It would require certain trainings for police officers and change the way police shootings are investigated.

Backing the measure with just under $2 million: De-Escalate Washington. This one's interesting. The primary donors are tribes, including Puyallap, Muckleshoot, and Snoqualmie. Other donors include the ACLU and a number of unions.

The opposition, Coalition for a Safer Washington, has raised just over $100,000. Almost all of that money comes from the Seattle police union.

So that’s who’s behind the ballot in Washington right now. As new disclosure reports come out, we'll stay on top of the money, and make sure to keep you updated.