The video shows a man and woman standing in the Manito Shopping Center parking lot on Spokane's South Hill who are accusing a woman in a car of stealing shoes. 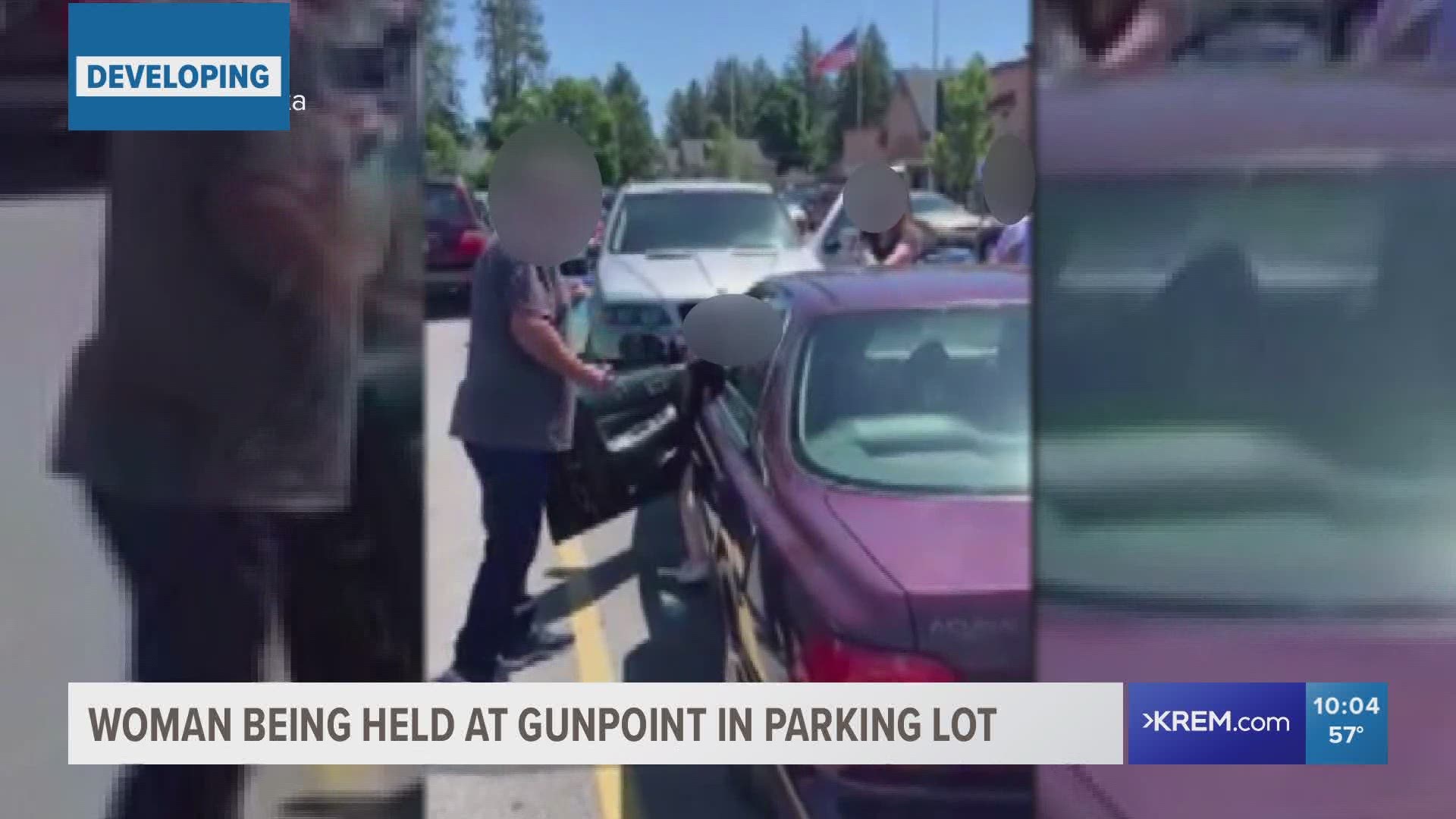 SPOKANE, Wash. — Spokane police are investigating a video that shows two people accusing a woman of theft while apparently pointing guns at her in a South Hill parking lot.

The man who originally took the video told KREM the incident happened at about 11:30 a.m. on Friday. He declined to provide further comment.

WARNING: The video below contains profanity. 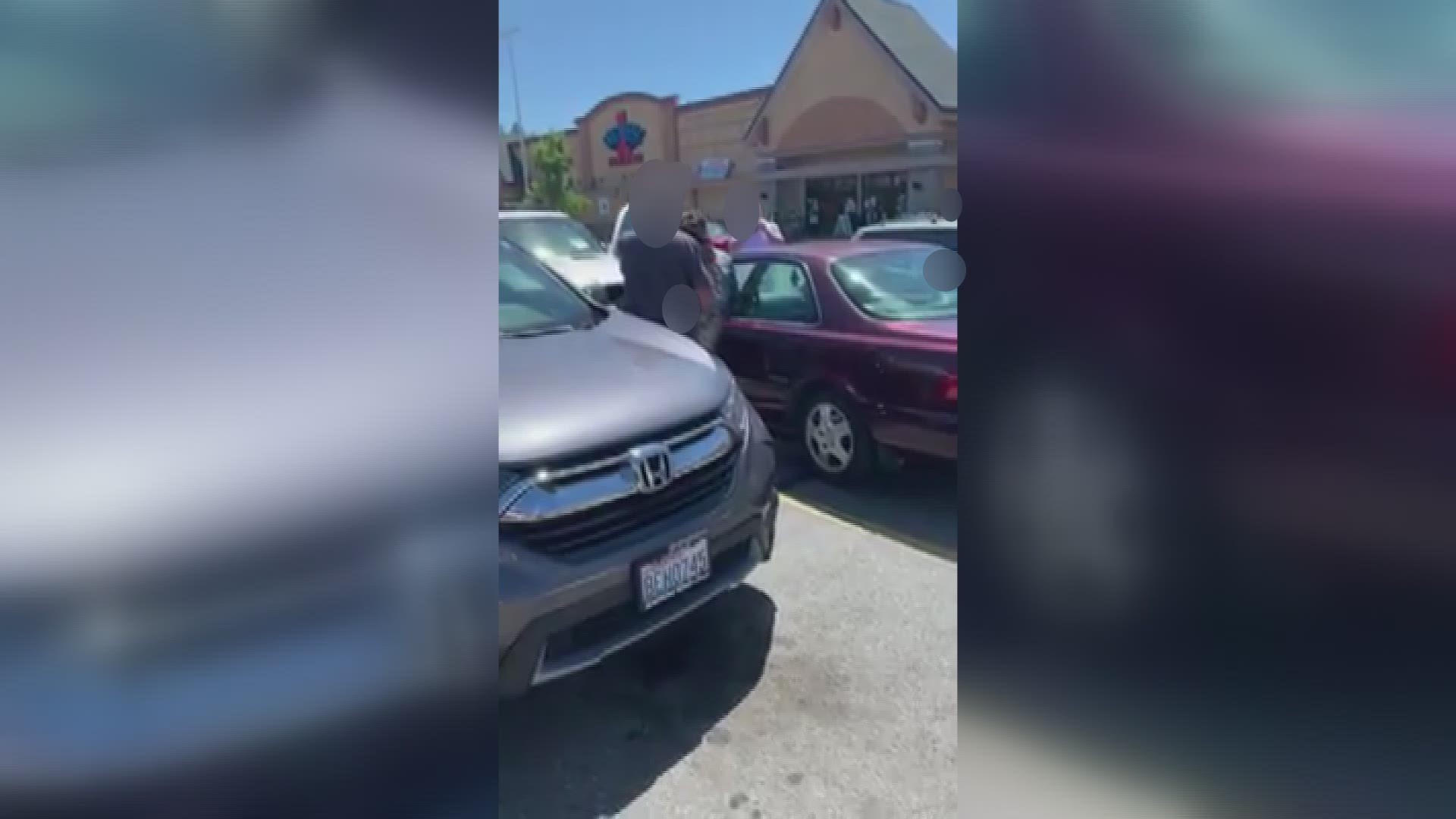 The Spokane Police Department confirmed on Sunday that it is investigating the incident.

SPD Sgt. Terry Preuniger confirmed at least one person was issued a citation for theft and the investigation is ongoing.

Preuniger also spoke to KREM in general about this kind of situation, as he could not speak specifically about the video incident. Preuniger did not say whether the couple in the video committed a crime.

He did say, in general, people should "be reasonable" and only point firearms if it is "absolutely necessary."

“In a case like this where you have people with firearms, if you’re told to put the firearms down and it’s not putting your life in more danger to do so, you’re going to want to comply with that request. You don’t want to have a gun pointed at somebody when the police show up unless it is your last option and it is absolutely necessary,” Preuniger said.

“We don’t tell people that you should or shouldn’t intervene, but you got to be reasonable and you got to measure what are you doing against what are the facts and circumstances that you’re looking at at that time," he added.