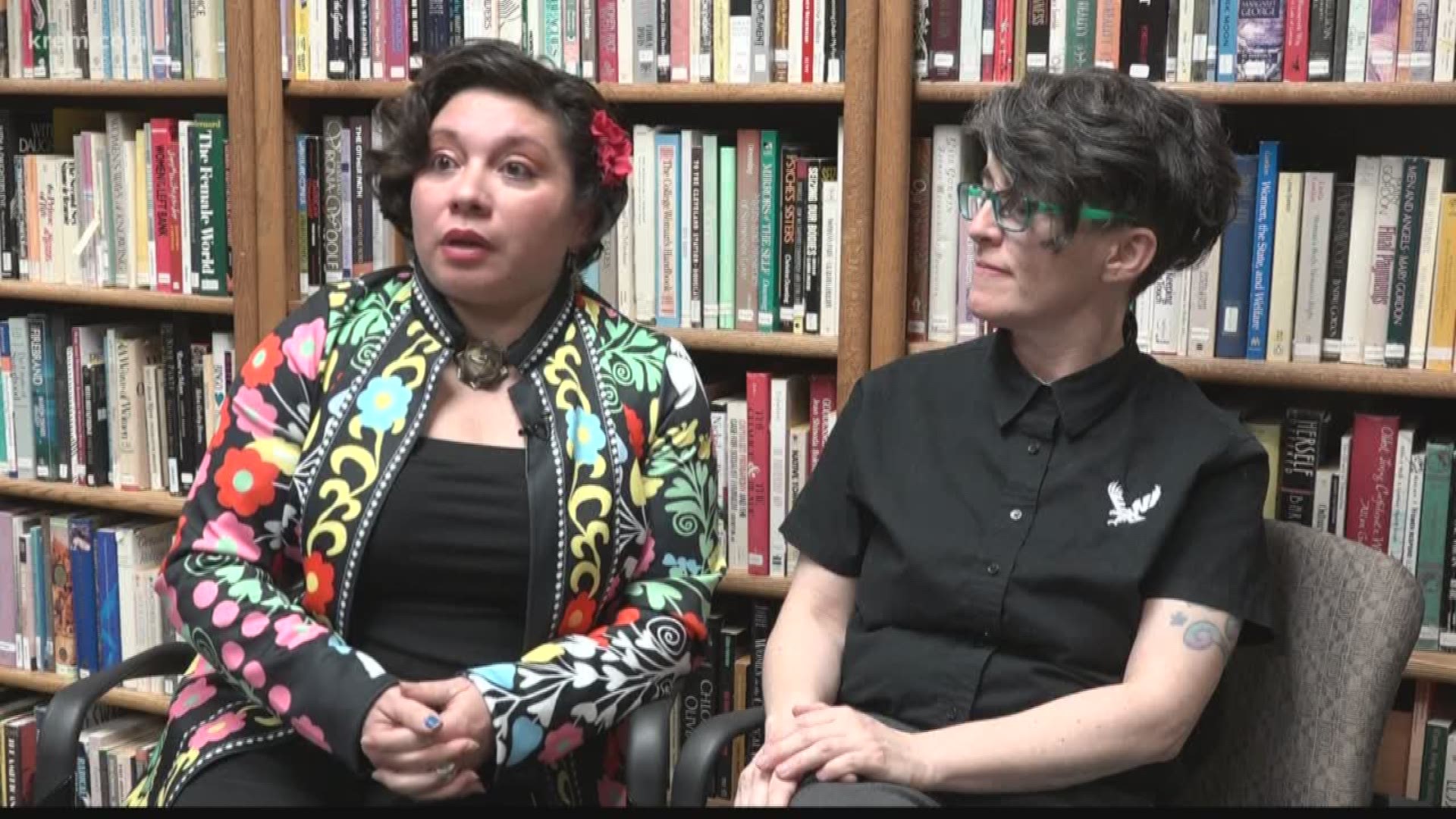 CHENEY, Wash. -- Immigration issues have risen to at or near the top of the list of hottest political topics in Spokane over the past two years, thanks in no small part to border patrol's controversial and regular searchers of buses at the Intermodal Center.

The issues have become so important locally, that Eastern Washington University has picked a leading immigration rights advocate as this year's activist-in-residence.

Lili Naverrete has been a grassroots leader in Spokane for years. She moved from Mexico City three decades ago, later attending EWU.

She's played a key role in battling the bus checks, and took on this new role with the university because she believes a lot of education is required to make Spokane safer for immigrants.

"Some people have labeled it as a welcome city to all immigrants. It really isn't," said Naverrete.

She says there are plenty of visible threats to immigrants here, the bus checks being arguably the most visible. It was Naverrete's activism, alongside many others, that first brought the practice to public light.

"We went to the Intermodal [Center] and protested," she said. "There were a couple of city council members present at that rally, so they saw what was going on, listened to the stories."

Those council members in turn passed an ordinance designed to stop the bus checks. But border patrol determined that ordinance couldn't actually force them to stop, and so the checks have continued even as they've sparked national notoriety and lawsuits.

Naverrete's activism has continued as well.

"We're not going to stop," she said. "We're going to keep fighting to keep our families together, and [so] people don't need to be afraid to ride the bus."

Nonetheless, she says the greatest threat to immigrants in Spokane, is far less visible.

"The rhetoric that is out there. The demonization of immigrants and asylum seekers," said Navarrete.

She hopes to help combat that via her new activist-in-residence position at EWU.

"To me this is an opportunity to educate folks, to look at our side, to step in our shoes for an hour and a half, and see where we come from," she said.

The activist-in-residence is an annual position in the school's Women's and Gender Studies Department, with the purpose of broadening its students' experiences.

Each year students pick an area of activism they want to learn more about. This year it was immigration, and Navarrete was a standout candidate for the job.

"We wanted someone with the experience, the lived experience as an immigrant herself, but also to have someone who is really skilled at working with a lot of different people," said Logan.