How much money is being spent on the 2020 race for Congress in Eastern Washington? 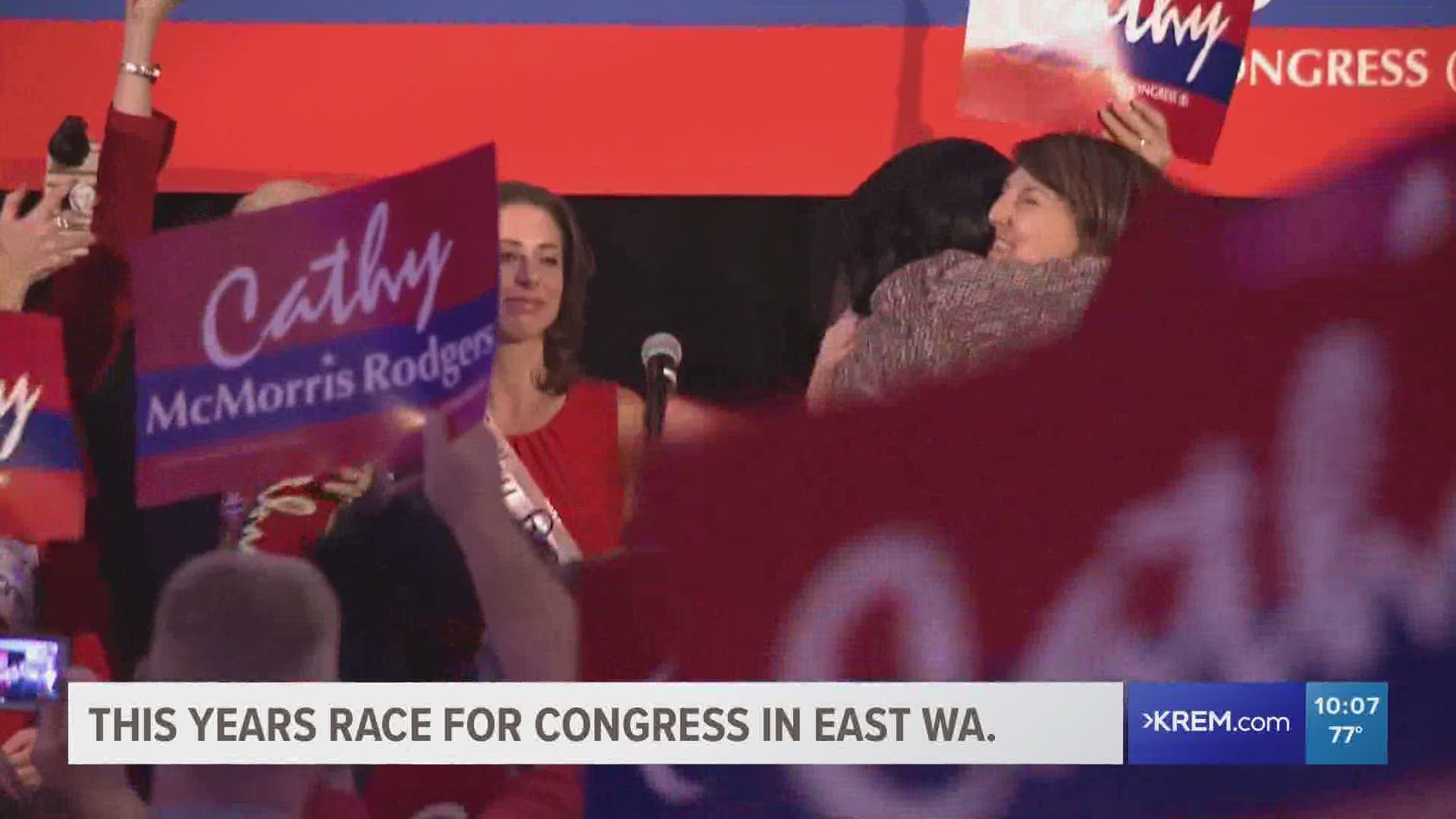 SPOKANE, Wash — On Wednesday, ballots were sent out across Washington for the August 4th primary election.

Voters will select the top two candidates who will move on to the general, in races ranging from governor to county commissioner.

But following two consecutive summers of intense politicking in 2018 and 2019, the 2020 election season has seemed fairly mild, especially considering it's a presidential year. To see just how mild, we reviewed FEC reports for the biggest race in Eastern Washington this year, the contest for US Congress, and compared it to previous years.

So far this year, incumbent Republican Rep. Cathy McMorris Rodgers has raised $2,325,568. The challenger that's raised the most so far is left-wing candidate Chris Armitage, who has reported $59,739. David Wilson, who has previously twice ran for the seat as an independent but is running as a Democrat this year, has raised $21,555.

So is that a normal amount for Democratic candidates to raise at this point in an election? Not at all.

First of all, there's an especially drastic difference in fundraising when you compare 2020 Democrats to the 2018 election. That was by far the most competitive race for McMorris Rodgers since she was first elected in 2004.

Now, that was a unique year. Brown was a much higher profile candidate than the Democrats who typically run for that seat. So, let's also compare 2020 to the last presidential election year, 2016.

So, the 2016 Democrats raised far less than Lisa Brown, but also significantly more than the candidates for 2020.

In fact, if you look at every Congressional election McMorris Rodgers has participated in, only twice before has her leading opponent raised less that Armitage has reported so far. Clyde Cordero had just $13,975 this time in 2010, and Roy Mays just $30,010 this time 2008.

So why is it that Democrats are spending so little on a race they usually spend much more on? There are a few likely reasons.

First, COVID-19. The pandemic has made it so many aspects of campaigning aren't physically possible. That means campaigns are spending less and therefore don't need to raise as much.

Second, the candidates. Neither Armitage nor Wilson is an experienced Democrat with the kinds of connections that Lisa Brown had. They're trying to run more grassroots campaigns.

Third, the 2018 outcome. Democrats really gave it everything they had during the midterm, and they came closer to beating CMR as a result. But despite a nationwide wave of blue victories, they still couldn't topple her. There may be some serious fatigue from donors as a result, with people less willing to spend money on this race again.