Rumors have started to swirl that Washington Governor Jay Inslee may be tapped for a spot in President-elect Joe Biden's cabinet. If that happens, what's next? 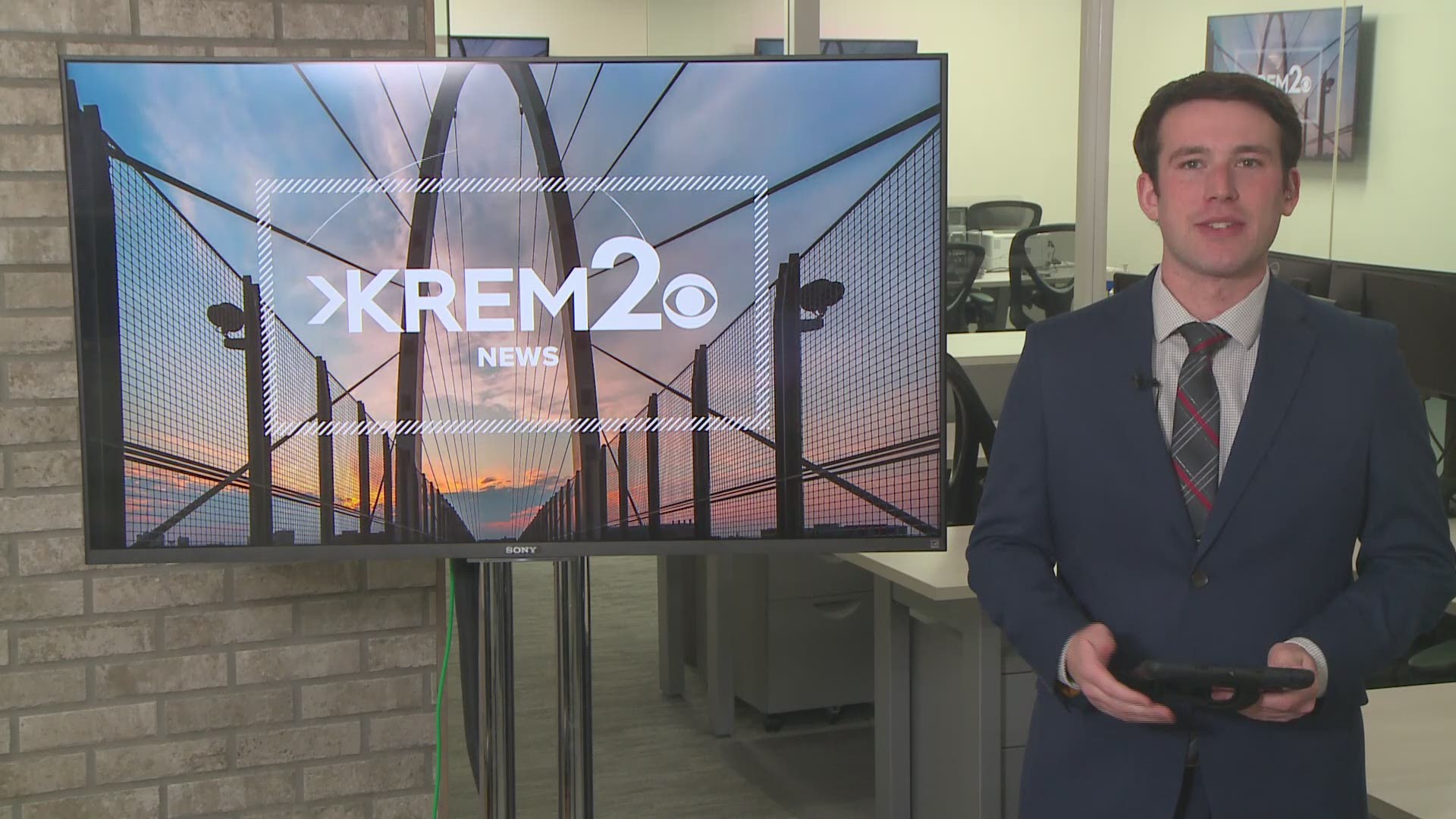 OLYMPIA, Wash. — National outlets have reported that Washington Governor Jay Inslee is being considered for a spot in President-elect Joe Biden's cabinet.

Positions he may be considered for include Secretary of the Interior, Administrator of the Environmental Protection Agency and Secretary of Energy.

What happens if a governor leaves office early?

The rules for what happens if a governor leaves office during their term - known as the line of succession - are outlined in the state constitution.

More specifically, they are outlined in Article III, Section 10.

The first person in line if the governor leaves office is the Lt. Governor. In Inslee's case, that would be newly elected Democrat Denny Heck.

But what happens to his seat as Lieutenant Governor if he has to assume the role of acting governor? As the number two in Olympia, Heck will serve as the tiebreaking vote in the Senate as Pro Tempore.

According to the state constitution, nothing really happens.

The constitution dictates that the Lt. Governor retains their normal duties if they must also serve as acting governor.

Now, this all assumes that Heck would agree to or be able to take the reins as acting governor. But what if Heck wouldn't be able to, or refuses the seat?

Luckily, the state constitution also takes this into account. The Lt. Governor is just the first in line. After that, the line of succession goes in the following order:

One thing to note is that the third in line, Secretary of State Kim Wyman, is the only Republican. If she were to end up in the governor's office, it would flip the state's highest office from blue to red. It would also be the first time a Republican served as the state's governor since John Spellman left office back in 1985.

RELATED: Wyman reelected as Washington Secretary of State, only Republican in statewide office on west coast

Even if someone were to assume the role of acting governor due to Inslee leaving for the nation's capitol, they don't get to serve the rest of the term as Washington's highest executive. Not without winning an election, that is.

If Inslee were to leave for Biden's cabinet, the governor's office would be up for grabs during the November 2021 General Election.

Another thing to keep in mind is that Biden has said he won't announce future cabinet nominations until the end of the month at earliest, and the Seattle Times reported on November 12 that no one on Biden's team had reached out to Inslee. Inslee has also said he is focused on serving Washington, and hasn't signaled interest in a cabinet position.