Congresswoman Cathy McMorris Rodgers weighs in on the likelihood of Eastern Washington becoming the home of Space Force command. 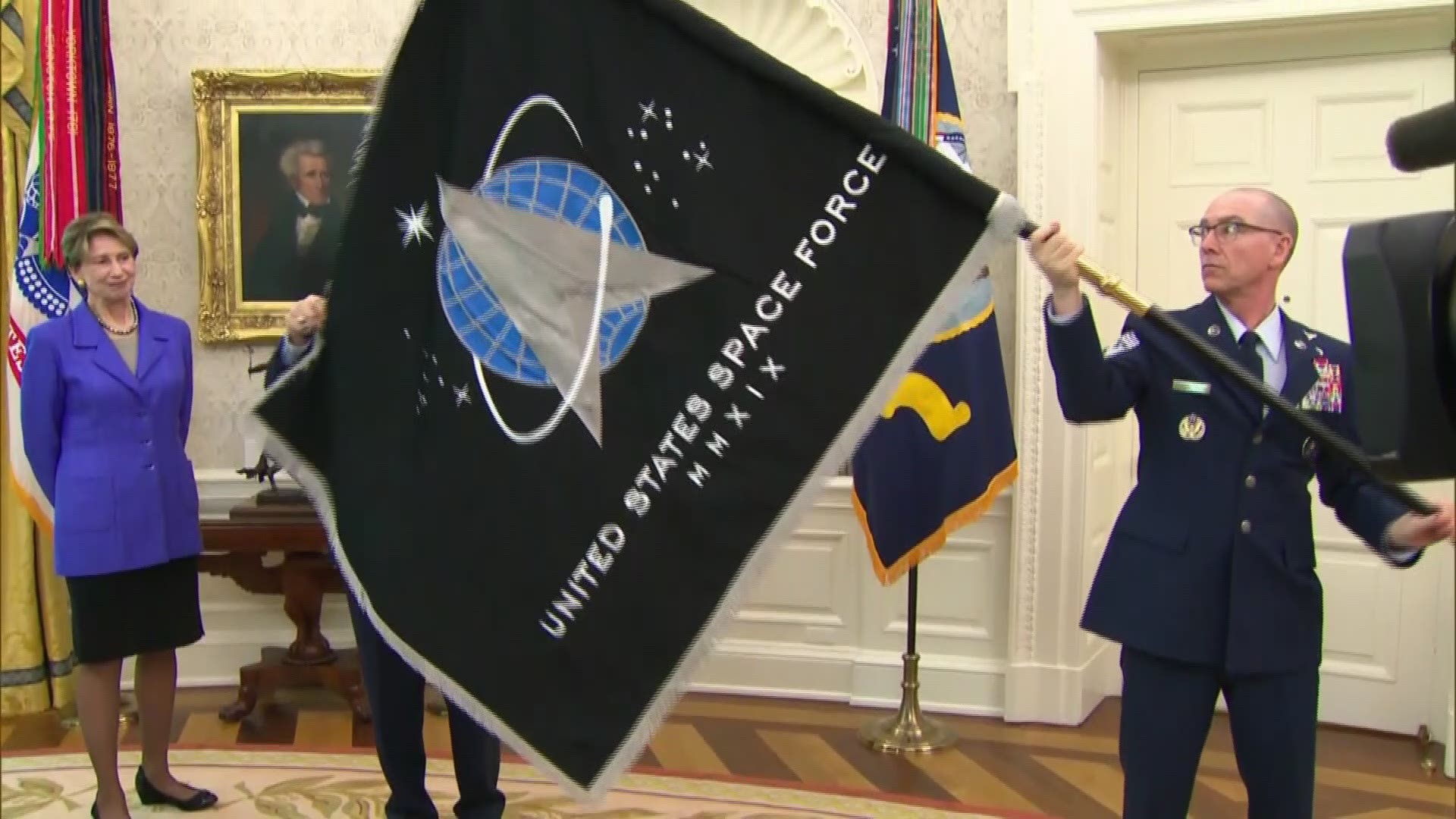 SPOKANE, Wash — The newly-minted United States Space Force is looking for a place to put its primary command.

It's accepting bids from cities across the country and Spokane is one of them.

A month ago, Mayor Nadine Woodward wrote a letter nominating the region and Governor Jay Inslee endorsed it, alongside letters from at least five other Washington cities.

It's a competitive field; everyone wants a high-profile command and the perks that come with it. The congresswoman representing Eastern Washington, Rep. Cathy McMorris Rodgers, says she's fully on board with the proposal.

"Space Force Command would mean more jobs, more opportunities," she said in an interview with KREM. "It would further solidify Fairchild Air Force Base and our defense sector in our region. It would, I think... help build the aerospace industry that has surrounded Fairchild."

To qualify, a city has to meet three criteria.

The region also should have a qualified workforce, sufficient infrastructure, community support, and be relatively inexpensive to set up in. McMorris Rodgers says Spokane checks all the boxes.

"We have a growing aerospace industry, we have the universities and colleges, we have a great quality of life, we have the land," she said. "People in the military request Fairchild Air Force Base – it's the second most requested base in the country. And so it's a place that has a reputation for being a place where those who have served and are currently serving want to be."

The big question, of course: how likely is it that Spokane would actually get picked? McMorris Rodgers says: Spokane's as likely a choice as any.

"My understanding is that it's wide open," she said. "I've had a chance to talk to the chairman of the armed services committee, Adam Smith, about it, and ask him that question. And he basically told me: Cathy, it is wide open."

Plenty of bigger cities will compete for the spot, but the congresswoman says Eastern Washington has lots of one particular resource big cities usually don't.

"I think one thing that we offer is that we have the land," she said.

The military is currently in the process of reviewing all the bids; they plan to select a location by the start of next year.