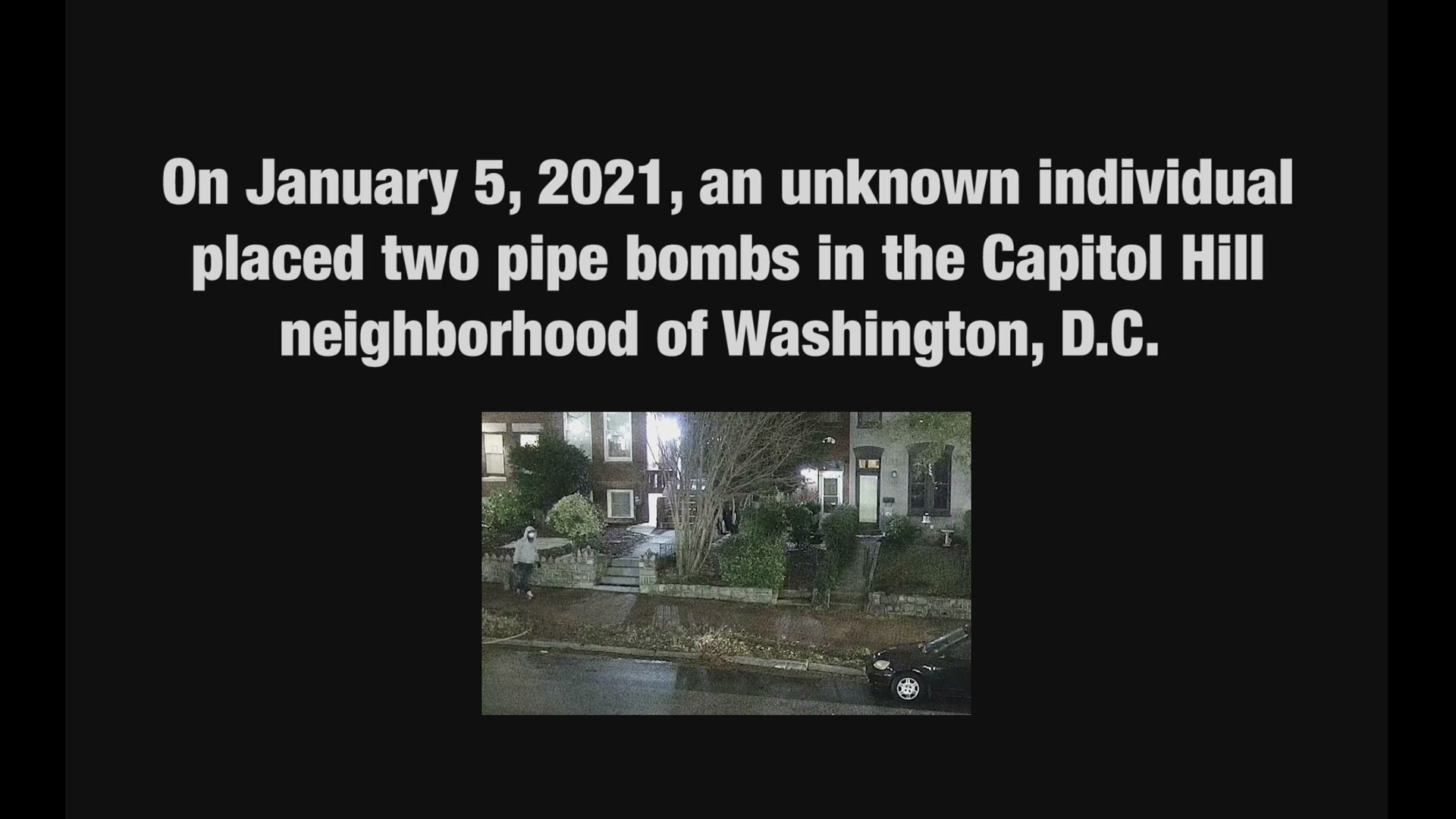 "We are asking the public to come forward with any information that could assist us, including any odd or out-of-character behavior you noticed in a family member, friend, or coworker, leading up to or after January 5th,” the FBI said.

According to the FBI, the pipe bombs were made using 1x8-inch threaded galvanized pipes, a kitchen timer and homemade black powder.

In the new videos, the person can be seen wearing a face mask, a grey hooded sweatshirt, and black and light grey Nike Air Max Speed Turf shoes with a yellow logo. They used a backpack to transport each of the devices.

The new video offers the clearest images yet of the suspect. They can be seen from multiple angles sitting on a park bench, walking down an alley near the RNC building and even walking past the Capitol Hill Club as a D.C. Metropolitan Police Department vehicle appears to drive past.

The pipe bombs caused the evacuation of two congressional buildings during the January 6 Capitol riot. Former Capitol Police Chief Steven Sund testified before a Senate committee that he believed the bombs were placed with the intention to draw USCP resources away from the Capitol during the insurrection.

The FBI and ATF are now offering a reward of up to $100,000 for information leading to the capture of the person or persons involved in placing the pip bombs. If you have any information, contact the FBI’s toll-free tip line at 1-800-CALL-FBI (1-800-225-5324), or submit tips online at tips.fbi.gov.

Sign up for the Capitol Breach Newsletter. Don't miss an update about arrests, charges or investigations into the assault on the Capitol.