Why is Veterans Day celebrated on November 11? 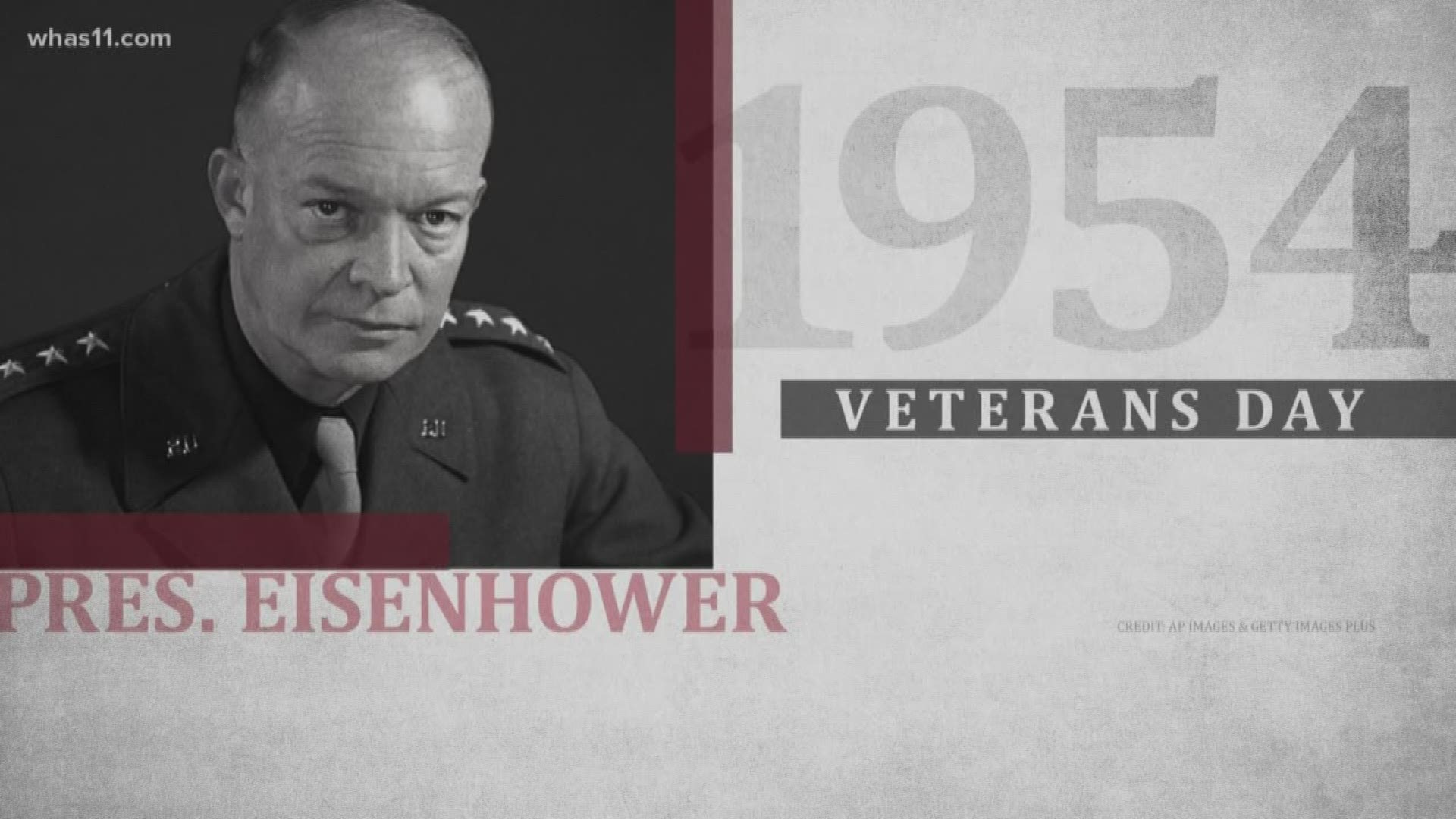 LOUISVILLE, Ky. — Every year on November 11, Americans come together with flags and parades and food to celebrate our military heroes on Veterans Day. The date was chosen for a very specific reason.

We asked James Dollar, a US Army veteran and history buff over at Bellarmine University, to help us explain.

Veterans Day originally came out of World War I, a conflict in which America had lost 116,000 men. Globally, millions of soldiers and civilians were injured and killed.

“This was war on a scale that had not been seen by the rest of the world, ever,” Dollar said.

RELATED: When veterans come home, their next battle is just beginning

World War I officially ended on November 11, 1918. The armistice was signed at the 11th hour, on the 11th day, of the 11th month. A year later, on the anniversary, President Woodrow Wilson declared there would be an “Armistice Day,” with parades and ceremonies to remember the bravery and sacrifice of those who served and appreciate their victory. A two-minute cessation of business was honored at 11:00 AM on that day.

In 1926, Congress issued a formal declaration that November 11 would be Armistice Day each year.

In 1954, President Eisenhower changed Armistice Day to “Veterans Day,” to include those who had served in World War II and Korea for recognition.

Since then, Veterans Day has had a few more changes. In 1971, Congress actually changed the date of Veterans Day to the fourth Monday in October, thinking that Americans would appreciate a three-day weekend each year.

However, many were upset that the symbolism of the original date had been lost, and President Ford switched it back just four years later in 1975. Most recently, President Obama instituted a two-minute moment of silence each Veterans Day at 3:11 PM.

Make it easy to keep up-to-date with more stories like this. Download the WHAS11 News app now. For Apple or Android users.