'Cops,' which started in 1989, was taken off the schedule in the wake of protests over the death of George Floyd. 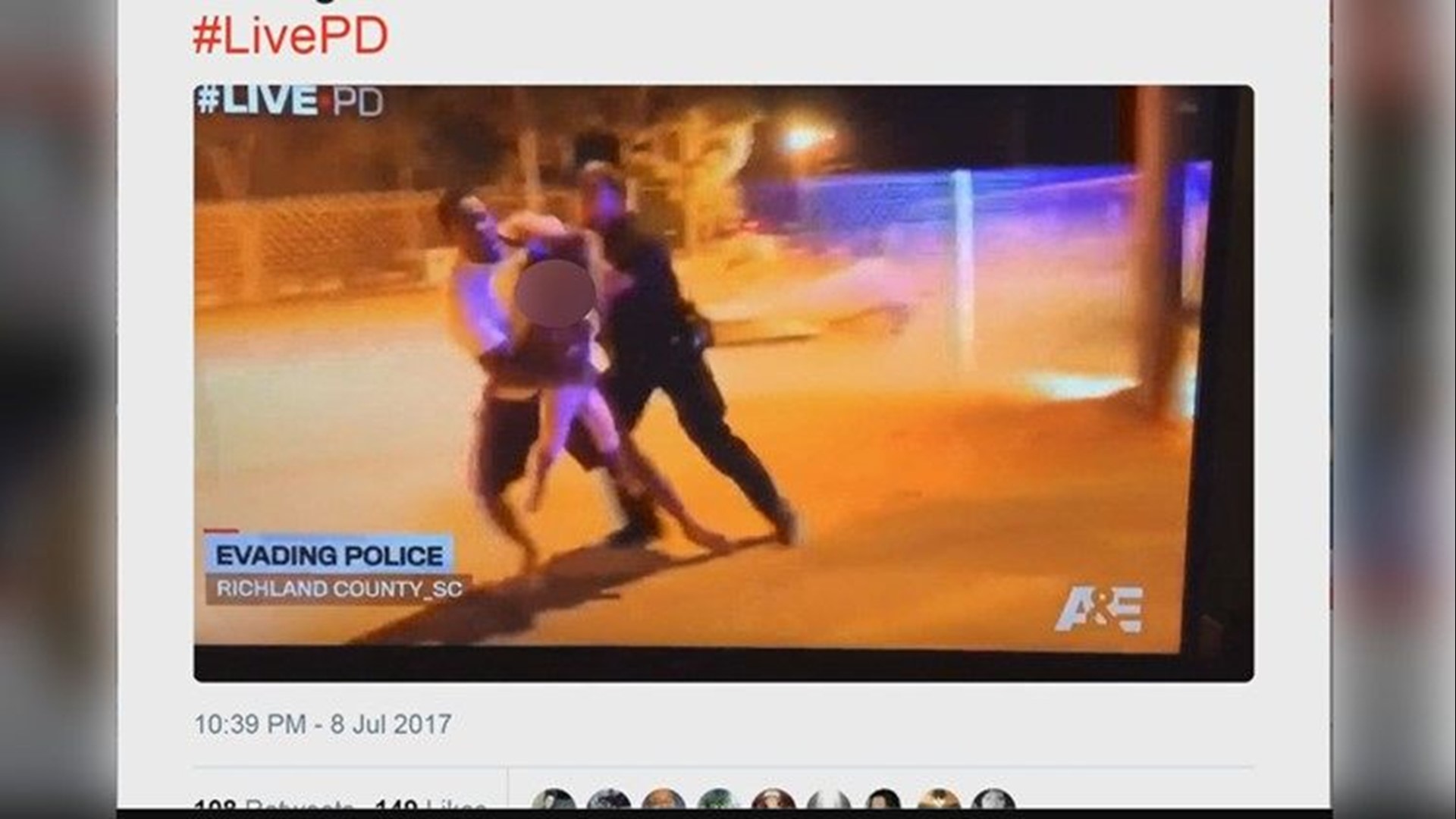 LOS ANGELES — After 33 seasons on the air, “Cops” has been dropped by the Paramount Network as protests against police proliferate around the world. A similar show, "Live PD," has been pulled off A&E's schedule.

“Cops is not on the Paramount Network and we don’t have any current or future plans for it to return,” a spokesperson for the cable channel said in a statement Tuesday.

The show had been pulled temporarily from the air in late May, when protests aimed at police over the death of George Floyd began to gain momentum. That move was made permanent Tuesday.

It's not clear whether the company that makes the show, Langley Productions, would try to find a new home for it. A voicemail at a company phone number was not accepting messages.

The reality show, with its widely known reggae theme song “Bad Boys,” allowed viewers to ride along with police officers on patrol in various cities.

It ran on the Fox network for 25 years until 2013, when Viacom-owned Spike TV picked it up. The show remained on the air after Spike was re-branded as the Paramount Network in 2018.

"Live PD" is similar to "Cops" in that it follows police and sheriff's deputies on patrol, but in real time. The Hollywood Reporter says A&E, which has removed the show from its schedule, is still "evaluating things."

The host, Dan Abrams, announced on Twitter that the show will be coming back.

"All of us associated with the show are as committed to it as ever. We are still discussing some specifics but I want to assure the #LivePDNation that we are not abandoning you," his tweet read.

"Body Cam" a similar show that that is on the DiscoveryID channel, is also off the air for now, according to THR.

A podcast called "Running From Cops" broke down how officers would sometimes coerce subjects into signing releases so they could be filmed on "Cops" and how police were allowed to edit and remove anything that might make them look bad, according to reports by Variety and THR.

RELATED: 'He is going to change the world': Funeral held for George Floyd

RELATED: VERIFY: Fact-checking photos and claims from the nationwide protests